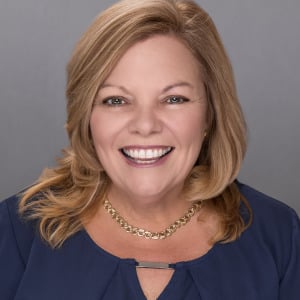 Kate Delaney is an award winning National broadcast personality who has interviewed over 16,000 people in twenty-years in her radio and television career. She picked up a Television Emmy for her special report on the AIDS epidemic in New Mexico and several Golden Mics for a series on immigration. Delaney's book, "Level the Playing Field", a best seller on Amazon is about all about helping you drive the conversation and floor friends, co-workers and family with interesting facts, trivia and flat out mind blowing stories from the world of sports.

Kate has a new Forbes published book, Deal Your Own Destiny, Increase your Odds, Win Big and Become Extraordinary. It's filled with valuable lessons including finding the right balance between work and life and dedicating yourself to your path. Deal Your Own Destiny is essential for anyone seeking to make life or career-changing decisions

Kate has broadcast everywhere from the slums of Guayaquil, Ecuador to a whale-watching boat in Maui, Hawaii. America Tonight also broadcasts from Washington, D.C. every year taking the conversation to the Capitol, talking to the lawmakers about the issues that concern listeners. America Tonight which airs Monday through Saturday reaches 1.9 million listeners when she's not on the air Kate's out speaking about the importance of cutting through the clutter when we communicate.