The Betrayal on Justice in Louisiana 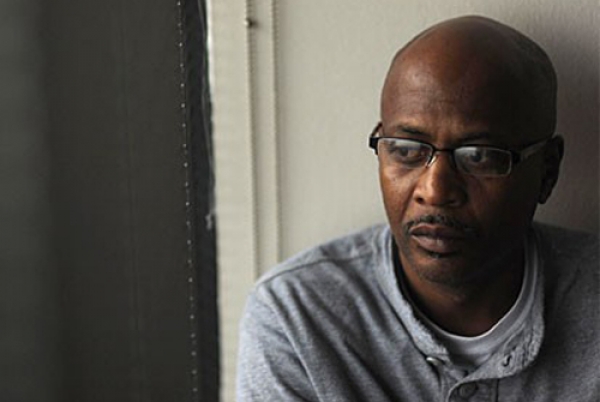 A Louisiana guy named John Thompson died last week.  You may not recognize the name, but he was the victim of one of the worst cases of prosecutorial misconduct in the state’s history. Here are the facts.

Thompson was convicted back in 1982 of first-degree murder and given the death sentence. He came within days of being executed after spending 14 years on death row and 18 years total in prison. Five different prosecutors were involved in the case and all knew that a blood test and other key evidence had been hidden that showed Thompson was innocent.

On his deathbed dying of cancer, one of the prosecutors confessed to a colleague that he had hidden the exculpatory blood sample. The colleague waited five more years before admitting that he too knew of the hidden evidence. Thompson, after 18 years, received a new trial, and his lawyers were finally able to produce ten different pieces of evidence that had been kept from him, that overwhelming showed he was innocent. The new jury took less than 35 minutes to find him not guilty.

Hiding evidence that can find the accused innocent is nothing new for prosecutors in New Orleans, both in state and federal court as well as with the FBI. The Innocence Project of New Orleans reviewed a number of convictions over the past 25 years in the city and concluded that prosecutors gave a "legacy" of suppressing evidence. The Project said 36 men convicted in Orleans Parish alleged prosecutorial misconduct.

Nineteen have since had their sentences overturned or reduced as a result. According to the Innocence Project, favorable evidence was concealed in a quarter of the murder convictions from 1973-2002. In 19 of 25 non-capital cases, the prosecutors withheld favorable evidence; in the other six cases, the courts ruled that evidentiary hearings were needed.

With full justification, Thompson sued the prosecutor’s office in New Orleans for ripping away and stealing 18 years of his life. He had two sons that he never saw grow up. A New Orleans jury awarded him $14 million. Some said it was too much money. Would you give up 18 years of your life in solitary confinement on death row for $14 million? On appeal, the Fifth US Circuit Court of Appeals, reputedly the most pro-prosecutorial circuit in the nation, upheld the award in favor of Thompson.

But a bitterly divided Supreme Court said to Thompson “no way.” In 2011's Connick v. Thompson, a conservative led 5-4 decision tossed Thompson's case out – not because they disagree that the prosecutor’s office hid evidence (in fact all 9 justices agree on that point). Instead they tossed the case because, in their divine judicial opinion, they didn’t see any “pattern” of the prosecutor’s office doing this to other people besides Thompson (because one life ruined is apparently not enough). Sounds like a John Grisham novel with a bad ending, right? If only that were so. Unfortunately, this is real life and John Thompson got nothing for his 18 years in jail. Not a red cent. Tough luck fella. The system failed you, but “stuff happens.”

This was not a decision based on a conservative interpretation of the law, even though the so-called conservative bloc voted in lockstep to deny Thompson’s claim. A true conservative justice would be strongly opposed to government oppression and the encroachment on the liberty of a falsely accused person. After all, when a prosecutor can operate with impunity, totally absent of any criminal or civil check on their actions, the seeds of fascism are planted. No, a true conservative judge would have held these rogue prosecutors fully accountable.

John Thompson, stunned by the Supreme Court's decision, spent the rest of his life working to help wrongly convicted inmates. He founded a group called Resurrection after Exoneration. Sadly, he did not have the financial resources that the lower courts rightly concluded should have paid to help him pursue his goal.

If there was ever any doubt about the lack of fairness, competence and fundamental decency among the current majority composition of the Supreme Court, such doubt was put to rest by a decision that would make any oppressive and dictatorial government proud. The judicial system failed John Thompson. Along with Lady Justice, we all should shed a tear.

“There may be times when we are powerless to prevent injustice, but there must never be a time when we fail to protest.”