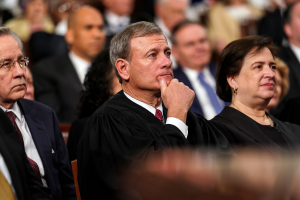 So, just what is the Louisiana law that was struck down?

Well, it’s called, “Louisiana’s Unsafe Abortion Protection Act.” The premise of the law argues that doctors should have “admitting privileges” at a hospital within 30 miles of where an abortion is performed, and, if they do not have said privileges they are not allowed to perform an abortion there. If passed, the law would reduce the number of doctors allowed to perform abortions and therefor, possible enforce an “undue” restriction on a woman seeking an abortion.

An “admitting privilege,” means that the doctor has the privilege to admit patients to the hospital for some diagnostic or therapeutic services. “Admitting privilege,” as implied in the Louisiana law, and here is the important part - has nothing whatsoever to do medical competence.

So the law ties to say that a patient might be “unsafe” if they receive an abortion from a doctor that does not have admitting privileges. Hence, the title of the act.

The obvious problem, as has been pointed out many times, and has been the reason this act has been previously struck down in courts is: there are many legitimate reasons why a doctor might not have admitting privileges to a hospital that have nothing to do with medical expertise. Which, obviously means that just because a doctor doesn’t have admitting privileges does not mean he/she is unqualified to perform an abortion. Which means the law is trying to enforce an undue restriction.

In fact there was a Texas law that was struck down by the Supreme Court in 2016 in their Whole Woman's Health vs. Hellerstedt decision. The Texas law was very similar to Louisiana’s “Unsafe Abortion Act.  In a 5-3 decision (they were one Justice down at the time, as Scalia had just died) court said the Texas law constituted an “undue burden” on a women’s right to seek an abortion, and struck it down. Which is exactly what they did to the Louisiana act.

Now, it’s interesting to note that Justice Roberts did not vote against the Texas law in 2016. He did vote against the similar Louisiana law on Thursday. As to why? Well, we don’t know why, exactly. That being said, I did find an interesting breakdown over at Rolling Stone (.com) in a 2018 interview with veteran Newsweek reporter David Kaplan. Kaplan had just published a book called The Most Dangerous Branch, which was drawn from interviews “with 165 people including sitting justices, retired justices, clerks, lower court judges and federal officials.”

Tessa Stuart, from Rolling Stone, asks Kaplan if a new court (w/ Kavanaugh, who had not yet been confirmed) would overturn Roe. v. Wade? Kaplan said about Roberts: “I think Roberts is troubled by seeing the court get put in the maelstrom. And I think he recognizes that Roe v. Wade would put the court in the maelstrom like no other ruling in modern times … My guess would be that Roberts would not vote to explicitly overturn Roe…” (Which then would turn into a 6-3 vote against striking it down, in his opinion).

Fair enough. Maybe this is Robert’s first chance (the Thursday Louisiana vote) to suggest precisely what Kaplan was talking about. I guess, Kaplan is saying that Roberts just doesn’t want to rock the boat, per say. Although Kaplan did, at the time of the interview, seem to feel the Kavanagh would also vote against striking down Roe v. Wade.

Maybe. But maybe not. Kavanagh wrote the dissent against Thursday’s decision and it’s kind of dull but it’s only four pages if you want to check it out (linked above).

I read it. To the extent I understand it, it’s kind of a mess. Kavanagh goes back and forth and says, “Yeah, well, I guess I would be for this. But then again, I can see in some instances this would be undue (therefor illegal). You know I would need more facts about the new law, specifically, in order to make a more informed vote. But since I don’t have those facts - I’ll  just vote yes. Yes, the Louisiana Unsafe Abortion Act is fine!”

Um. Okay. But one would assume that, without more facts about something that is going into law - you should vote, no.

Anyway. This will not be last time we see abortion rights front and center at the Supreme Court. 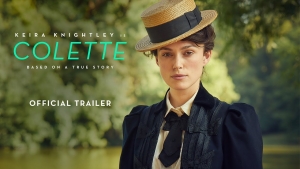