Made in America: Energy made in the U.S.A. 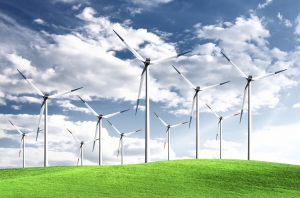 Unless you intend to light your all-American home with candles, and there are plenty of American-made options, you’ll need energy made in the U.S.A. to power your American-made lights and appliances. While America’s energy self-sufficiency rate has declined the last few decades, it still produces and consumes more energy than any other nation besides China. America is also one of the countries leading the shift to renewable energy sources.

Back in 2014, a solar power system was installed in America every 2.5 minutes, and that pace hasn’t slowed thanks to a 60-percent drop in price for solar panels. The solar power industry employs nearly 260,000 Americans at more than 9,000 companies, with 360,000 American workers expected to be working in solar power by 2021.

Solar power is booming in America because it saves Americans money. Actual savings, of course, depend on where you live, but are anywhere from $43,242 in Portland, Oreg., to $19,074 in Austin, Texas over a 20-year period. The average U.S. household can break even on their solar power system in just 7.5 years, but in many cities payback periods are four years or less. If you live in these 20 states it behooves you to install solar power, as it’s cheaper than grid energy already.

Buying American-made solar panels is as easy as visiting here and picking out what you require. You can even deduct 30 percent of your solar installation costs from your federal taxes. You can find solar installers here. But if you live in an area where the sun doesn’t shine very often, a wind turbine might be a better fit.

If you generally have a 10- to 30-mile-per-hour wind where you live, installing a wind turbine could be a better fit for your home energy needs. But you must make sure your home is zoned for wind turbine installation. Also be aware that any wind under 9 miles per hour or above 33 miles per hour won’t allow most turbines to harness energy, which is why combining a solar array with a wind turbine and battery is the best way to go. You can also connect either your solar array or wind turbine to your grid energy if you have access, which would allow you to sell your excess energy to the grid. But many states, like Minnesota, have passed or will pass grid fees that make it more expensive for Americans to hook their renewable energy sources up to the grid. Big energy isn’t making it easy for Americans to become energy independent.

You can find a list of large wind turbine manufacturers here, but small wind turbines are likely what you’ll require for your home, which you can find here. You can double check to make sure your wind turbine is certified here. Wind payback periods range from six to 30 years.

It’s that easy to become energy independent and do so with American-made energy sources. Next up in our Made in America series, we’ll look at how to get yourself where you need to go with a look at transportation made in the U.S.A.

Tesla is now taking deposits for their solar roof systems. Covering the median-sized, single family, American home would cost a little under $40,000 after tax breaks and installation of the Tesla Powerwall battery. It would provide $38,100 worth of energy over 30 years -- a net cost of $1,400. Tesla CEO Elon Musk also announced that the solar tiles are subject to an infinite warranty, while electrical issues and roof leaks would be covered by a 30-year warranty.