Back to Voting on Paper Ballots? 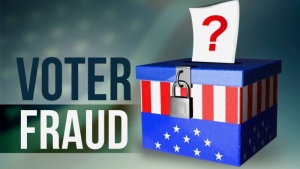 A hue and cry is mounting around the country that voting machines used on Election Day are eminently hackable. Congress is investigating charges by the Office of Homeland Security that Russia attempted to hack into voting machines in 21 different states. So is the integrity of our election system being undermined? Are computer hackers able to change election results? What gives?

Obviously, there is something fishy going on. It’s not just the election system being hacked. New reports have told us that computer systems of major companies like Sony, Equifax and even the U.S. Office of Personnel Management have been broken into. So how can we be sure that your vote cast the polls on Election Day is secure?

There is a recent push by election reformers to go back to, can you believe, paper ballots. That’s right. Just like the first American elections back in the 1800s. There is a non-profit group called Verify Voting that is telling state officials: “We have a single technology at our disposal that is invulnerable to hacking: paper.” So will elections officials do an about face and reinstitute the paper ballot system?

When I was elected as Louisiana Secretary of State back in 1979, there were a number of election fraud allegations. I formed an Election Integrity Commission and appointed former Secretary of State Wade O. Martin to head up the effort to weed out voter fraud. Were election shenanigans going on in the Bayou State? I often quoted former governor Earl Long, who once said: “Oh Lord, when I die, let me be buried in Louisiana. So I can stay active in politics.” Of course there was voter fraud back then using paper ballots.

As one retired local sheriff told me, you could make the election results dance with paper ballots during absentee voting. Here’s how one could beat the system. During the two-week absentee voting period, the sheriff would have his deputies pick up agreeable voters and bring them to the courthouse to vote.

A piece of paper was cut as the same size as the official ballot. The first voter was given the fake ballot and instructed go into the Clerk of Court’s office where absentee voting was taking place. He was instructed to drop the fake ballot into the voting box, put the real ballot into his pocket, bring it back out to the sheriff, where he was paid five or ten dollars, whatever the going rate was to buy votes back then.

Once the first official ballot was in hand, the vote buyer would mark the ballot for whoever he was supporting, give it to the next voter, tell the voter to put the official ballot into the ballot box, return with an unmarked ballot, and he would be paid for his effort. This could go on all day for the two-week voting period with hundreds of illegal votes being cast.

This scheme was used, particularly in rural areas in the state, by numerous candidates who were trying to beat the system. So no system at the present time seems to be foolproof. But elections officials should move cautiously about throwing the current system to the wind and go back to paper ballots.

Louisiana presently has some 10,000 voting machines in 64 parishes. Current Secretary of State Tom Schedler is confident that the present election system works in Louisiana. He’s done a commendable job so far. But he has his work cut out in the future in putting in place cybersecurity that protects the integrity of the ballot, but still makes it easy for citizens to cast their vote. The success of the Republican Party depends on certain people not voting, and now that the courts are striking down laws suppressing black votes with “surgical precision,” Conservatives need a new way to make sure they don’t vote. Enter Donald Trump’s voter fraud commission.

Donald Trump seems to think he won the popular vote in the 2016 Presidential Election due to illegal ballots. He did not. The Brennan Center for Justice at New York University Law School measures voter fraud, and incident rates of voter fraud are between 0.0003 percent and 0.0025 percent. You are more likely to be struck by lightning than come across someone impersonating a voter, and most instances of “voter fraud” are really just clerical error.

In order for Donald Trump to have won the popular vote, the voter fraud/clerical error rate must have increased nine times to .0222 percent given his 2.9 million popular vote deficit to Hillary Clinton. Of course, Donald Trump’s complete lack of evidence in support of his claim is no reason not to spend taxpayer dollars looking into voter fraud.

Donald Trump’s new commission to investigate voter fraud is chaired by Vice President Mike Pence, who cheered the actions of state police and the secretary of state's office to shutdown a major voter registration drive in Indiana. The vice chair of the election commission is Kris Kobach, who as secretary of state in Kansas pushed for a proof-of-citizenship requirement to prevent illegal immigrants from voting. You can expect this sort of legislation to continue being passed in Conservative states in an effort to make it harder for the impoverished, minorities, youth and the elderly to vote, and now that Donald Trump has an opportunity to appoint judges who will uphold even stricter voting laws, you can expect fewer people to vote, which gives Republicans an edge.

While states with strict voter ID laws offer voter IDs for free, there is still a high cost associated with obtaining one. A Harvard Law report found that obtaining a “free” voter ID costs between $75 and $175. The author of the report, Richard Sobel, wrote: “paying the cost needed to meet voter ID requirements means spending the equivalent of more than a week’s worth of groceries.”

Republicans know better than anyone that there’s no such thing as a free anything. There are documentation, travel, loss of work and waiting time expenses associated with obtaining a voter ID. Hell, if Republicans really wanted people to vote, they’d make Election Day a holiday like Bernie Sanders wants to so most Americans wouldn’t have to take off work to vote. The fact this bill wasn’t passed by Congress immediately is indicative of how little Republicans want Americans to vote. The original bill was introduced on Nov. 12, 2014, and the Senate Judiciary committee, consisting of 11 Republicans and nine Democrats, has not allowed the bill out of committee, which is the easiest way for the majority party in Congress to kill bills. The majority party always has a majority in every committee, which is a big problem with Congress. These committees should be half Republican and half Democrat so something is accomplished every once in awhile. I trust Donald Trump’s voter fraud commission will also feature a majority of Republicans and minority of Democrats.

So Donald Trump has created a counterfeit commission designed to uphold the integrity of the American election process that will secretly suppress voting in key states for Conservatives by enacting legislation forcing expensive voter IDs on people who could just as easily provide a combination of a birth certificate, social security card and mail to their address in order to prove their citizenship. Frankly, all that should be required is a tax return with the dollar amounts blacked out, because if you pay taxes in this country you should be allowed to vote. But we all know how Donald Trump feels about tax returns.