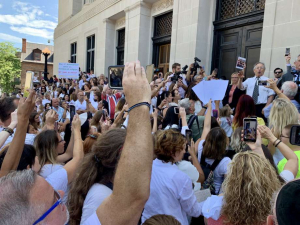 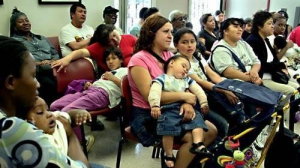 This week the CDC reported their findings of thousands of children being enrolled in school without any waiver for vaccine exemption.

As states aim to limit parental choice to limit vaccination based on religious objections, the country is fighting multiple outbreaks, including Measles, Mumps and Hepatitis A, which are potentially preventable with vaccination.

When the CDC looked at data submitted by 27 states, the majority of unvaccinated or under-vaccinated children in 10 states lacked waivers.

Which brings to question, are other reasons at play when a child is not vaccinated rather than religious or medical objections?

When a family adheres to the vaccination regimen, office visits are need at 1 month, 2 months, 4 months, 6 months, 12 months, sometimes 15 months of age, and 4 years old –  6 years old, in addition to any other follow ups deemed necessary by the medical provider.

Most medical offices that provide vaccines are only open during the weekday, hence a parent who cannot take off work to bring their child in the doctor may have difficulty adhering to the vaccination schedule.

And then when asked why their child wasn’t vaccinated, it may be less embarrassing to cite “religious reasons” rather than fear of losing income or one’s job when taking off for the doctor’s visit.

I suggest weekend or night “vaccination clinics” at schools to make parents aware of alternative times to vaccinate and increase access to those who may not be able to leave their job during the weekday.