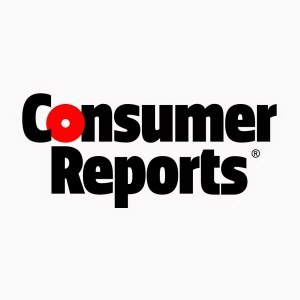 AppleInsider got the motherlode. After several years of back and forth debates about its testing procedures, Consumer Reports magazine invited the online publication to tour their facilities in New York. On the surface, you’d think the editorial stuff would be putting on their best face to get favorable coverage.

And maybe they will. AppleInsider has only published the first part of the story, and there are apt to be far more revelations about CR’s test facilities and the potential shortcomings in the next part.

Now we all know about the concerns: CR finds problems, or potential problems, with Apple gear. Sometimes the story never changes, sometimes it does. But the entire test process may be a matter of concern.

All right, CR is entitled to its preferences and its test procedures, but let's take a brief look at what AppleInsider reveals about them.

So we all know CR claims to have a test panel that listens to speakers set up in a special room that, from the front at least, comes across as a crowded audio dealer with loads of gear stacked up one against another. Is that the ideal setup for a speaker system that’s designed to adapt itself to a listening room?

Well, it appears that the vaunted CR tests are little better than what an ordinary subjective high-end audio magazine does, despite the pretensions. The listening room, for example, is small with a couch, and no indication of any special setup in terms of carpeting or wall treatment. Or is it meant to represent a typical listening room? Unfortunately, the article isn’t specific enough about such matters.

What is clear is that the speakers, the ones being tested and those used for reference, are placed in the open adjacent to one another. There’s no attempt to isolate the speakers to prevent unwanted reflections or vibrations.

Worse, no attempt is made to perform a blind test, so that a speaker’s brand name, appearance or other factors doesn’t influence a listener’s subjective opinion. For example, a large speaker may seem to sound better than a small one, but not necessarily because of its sonic character. The possibility of prejudice, even unconscious, against one speaker or another, is not considered.

But what about the listening panel? Are there dozens of people taking turns to give the speakers thorough tests? Not quite. The setup involves a chief speaker tester, one Elias Arias, and one other tester. In other words, the panel consists of just two people, a testing duo, supposedly specially trained as skilled listeners in an unspecified manner, with a third brought in in the event of a tie. But no amount of training can compensate for the lack of blind testing.

Wouldn’t it be illuminating if the winning speaker still won if you couldn’t identify it? More likely, the results might be very different.  But CR often appears to live in a bubble.

Speakers are measured in a soundproof room (anechoic chamber). The results reveal a speaker’s raw potential, but it doesn’t provide data as to how it behaves in a normal listening room, where reflections will impact the sound that you hear. Experienced audio testers may also perform the same measurements in the actual listening location, so you can see how a real world set of numbers compares to what the listener actually hears.

That comparison with the ones from the anechoic chamber might also provide an indication how the listening area impacts those measurements.

Now none of this means that the HomePod would have seemed less “muddy” if the tests were done blind, or if the systems were isolated from one another to avoid sympathetic vibrations and other side effects. It might have sounded worse, the same, or the results might have been reversed. I also wonder if CR ever bothered to consult with actual loudspeaker designers, such as my old friend Bob Carver, to determine the most accurate testing methods.

It sure seems that CR comes up with peculiar ways to evaluate products. Consider tests of notebook computers, where they run web sites from a server in the default browser with cache off to test battery life. How does that approach possibly represent how people will use these notebooks in the real world?

At least CR claims to stay in touch with manufacturers during the test process, so they can be consulted in the event of a problem. That approach succeeded when a preliminary review of the 2016 MacBook Pro revealed inconsistent battery results. It was strictly the result of that outrageous test process.

So turning off caching in Safari’s usually hidden Develop menu revealed a subtle bug that Apple fixed with a software update. Suddenly a bad review become a very positive review.

Now I am not going to turn this article into a blanket condemnation of Consumer Reports. I hope there will be more details about testing schemes in the next part, so the flaws —  and the potential benefits — will be revealed.

In passing, I do hope CR’s lapses are mostly in the tech arena. But I also know that their review of my low-end VW claimed the front bucket seats had poor side bolstering. That turned out to be totally untrue.

CR’s review of the VIZIO M55-E0 “home theater display” mislabeled the names of the setup menu’s features in its recommendations for optimal picture settings. It also claimed that no printed manual was supplied with the set; this is half true. You do receive two Quick Start Guides in multiple languages. In its favor, most of the picture settings actually deliver decent results.