Leaked footage shows ABC anchor Amy Robach claim she had the Epstien sex trafficking story three years ago, but the network killed it.

A recently leaked ABC “hot mic” moment has “Good Morning America” co-host, Amy Robach, seriously spilling the beans that she and her team broke the Epstein sex trafficking news three years ago, but executives at the network killed the story. (Editor’s note: That link goes to the same video linked to the front page).

Anchor Robach goes on to say that their news story “had everyone,” and specifically name drops Bill Clinton and Prince Andrew then claimed that Buckingham Palace threatened them a “million different ways,” and that the network was worried they would never have access to Kate Middleton or Prince William and so bowed to pressure from the palace (and from others) to kill the story. Robach says she tried to get it aired for three years to “no avail.”

Well, that was indeed three years ago and now the story is everywhere. Epstein was not in jail at the time Robach claims to have had the story. He was a free man, still trafficking underage girls to extremely rich and powerful men via his private plane, private island and exclusive Manhattan apartment.

Robach claims that she interviewed Virginia Roberts Giuffre three years ago and that the woman had pictures, names, she had everything and gave it all to ABC. Robach’s quote, “It’s unbelievable what we had.”

Epstein was arrested July 6th, 2019 on sex trafficking charges, which led to the media frenzy surrounding him and the coming out of several woman reporting decades worth of allegations against him. Robach is kind of like, “Man! I’m so angry! We could have done something about this years ago! I could have run this story years ago! And now everyone has it!” (Not an exact quote from her, more of like me, interpreting her comments).

The Epstein allegations, for those who are not quite clear on the matter, are this: That he (Epstein) and his “madam,” Ghislaine Maxwell, recruited and trained under age girls to be a personal sex slave for Epstein, then passed Epstein in turn passed the girls around to other powerful men including Prince Edwards and Bill Clinton. And we’re not talking the “legal shady area” when a girl is 17, but will be 18  tomorrow, and if you have sex with her today it’s illegal, but if you have sex with her tomorrow it won’t be. That’s a little weird.

No, we’re talking about girls as young as 14 years old who are recruited and trained for sex up to and including brutal sadomasochistic dungeon sessions.

Obviously, after the allegations hit and names dropped, the accused came out and said the same thing, their oft repeated quote was that the allegations were “categorically false!” But, I mean, what else are they going to say?

Epstein, as we all know by now, died via strangulation while in jail awaiting trial in which he was about to name drop really powerful, influential rich men, who frequented his under age girls and again, it wasn’t just sex, some of the women claim the men used them as slaves in brutal S&M sex dungeon rooms. Now, Epstein is dead, so he won’t be naming any names.

The first coroner says, Epstein died by “suicide,” the second coroner says, “Nope. Homicide.”  Robach had an opinion on this too. From the leaked video:

“So, do  I think he was killed? A hundred percent! Because, do you want it? He made his whole living blackmailing people. There were  a lot of men in those planes, a lot of men who visited that island, a lot of powerful men who came into that apartment.”

Okay. This seems clear. Robach is claiming that Epstein invited powerful men to have sex with his underage sex slaves and then, Epstein may have pictures and / or video of these men in order to blackmail them.

Finally, Robach talks about Ghislaine Maxwell, the woman who was Epstein’s long time friend, associate and “madam.” Maxwell was the woman who found and trained the under ages girls for Epstein to use. Robach says:

“Ghislaine Maxwell. I had all sorts of stuff on her too. I love it. I really, I’m like, it’s so funny to hear everyone say her name. Excellent. Like, I had all of that. And everyone’s like, “Who’s that?” “Who cares?” I kept getting that. Um, she knows everything!”

And that would make sense. The madam who found and trained the girls clearly knows all about it. ABC did respond to the leaked video and basically said, “Yeah, we didn’t publish the story then because it didn’t meet our editorial standards but we’ve never stopped investigating Epstein and no one ever pressured us to drop the story.”

No one pressured you to drop the story? You think that’s a believable response? You can read their lame response here.

Anyway. Epstein was arrested for underage sex trafficking. He’s dead. Maxwell, a British citizen, knows all about it. She hasn’t been charged with any crimes. 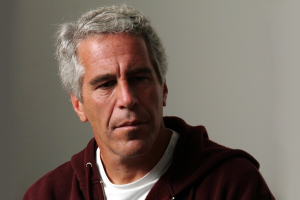 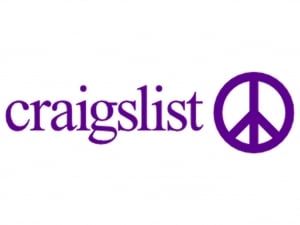