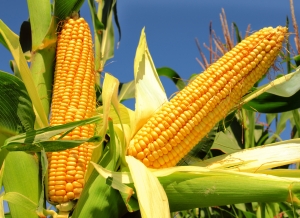 Ten Republican lawmakers have taken $6.7 million in taxpayer money in the form of farm subsidies dating back to the 1990s. The annual payout for farm subsidies was just $20 billion as of 2015. The annual budget for corporate welfare was $100 billion in 2012, and the annual expense of actual welfare in the same year, which is under Republican attack again, was $212 billion. So corporations get five times the welfare than farmers and ranchers that feed us and half as much as those in need. Only in America.

But now, as Donald Trump looks to cut, cut, cut from farm subsidies, food stamps and Medicaid in order to increase defense spending and free up money for his border wall, farmers will have reason to consider other candidates at the polls in 2018 and beyond. Trump has proposed slashing the United States Department of Agriculture discretionary budget by $4.7 billion -- or 21 percent -- by cutting funding for rural clean water initiatives and rural business services, reducing some USDA statistical services and cutting county-level staff. This will not go over well with the rural voters who elected him.

Trump is already in hot water with farmers for his attacks on the North American Free Trade Agreement. NAFTA has been good to the American farmer, boosting U.S. farm exports. Renegotiating NAFTA can only have an adverse effect on the American farmer. Even if nothing related to agriculture changes in NAFTA, our neighbors will be less inclined to do business with us since we’re whining about losing production jobs to cheaper labor elsewhere. Here’s an idea: better prepare your population for the global economy and invest in education so America doesn’t need or even want those production jobs.

The proposed budget would cut payments like crop insurance, which pays farmers for loss of crops due to natural disasters, conservation assistance, which helps preserve the land and water, and rural development programs. This should piss off plenty of farmers and ranchers.

Trump won eight of the 10 states that received the most federal money in farm subsidies, according to the Environmental Working Group. Even in the two states Trump lost to Hillary Clinton -- Illinois and Minnesota -- he was popular in the rural areas of those states. That might not be the case come 2020.