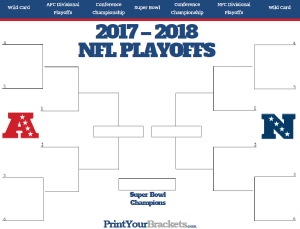 This year there were three Thanksgiving NFL games (up from the traditional two) and the playoff picture is starting to clearly emerge. This late in the season two of the games were a bit inconsequential but there was a good battle in the NFC Central - the MN Vikings vs. the Detroit Lions.

It was no surprise to many that the MN Vikings outpowered the Lions, despite a really strong 4th quarter comeback by Detroit’s QB Matthew Stafford. The Vikings look unstoppable in the NFC except for perhaps, the other dominant team in the division (more on that in a minute).  The NFL is really starting to see that the Vikings have a super star receiver in Adam Thielen who already has 1000 yards receiving with another five games to play. Despite losing rookie sensation Dalvin Cook in game 4 the Vikings remain strong in the running game and have a top five defense. The 9-2 Vikings remain dominant on top of the Black and Blue division (NFC Central) and are legitimate contenders this year.

That being said, the 9-1 Philadelphia Eagles remain the team to beat in the NFC. Skeptics say the Eagles (who were 7-9 last season) had an easy schedule this year but beating winless teams (like they did vs. the 49ers) and beating teams that you should beat is all part of the NFL. There is a reason “any given Sunday” is a known colloquialism. Winning is hard in the NFL and you just never know if this is the game that winless opponent you are going up against has an amazing game and puts up 45 points. So if you make mistakes and lose to teams you should not lose to -- you won’t make the playoffs. And the Eagles are just not making mistakes like that. Much of the credit needs to go to greatly improved Eagles QB Carson Wentz. He’s spreading the ball around, avoiding pressure and is blindsiding defenses with pinpoint accurate throws.

The wild card here is the New Orleans Saints. Drew Brees is on fire and just won't stop throwing TD's. But -- much like the Packers, the Saints only have Brees. If Brees has a single bad or mediocre game the Saints lose big time. They don't have a deep bench (as folks say in basketball) which is why I expect them to easily make the playoffs and then not make it past the divisional round. This is a bit pessimistic of me as many are picking the Saints to be a true contender. Fair enough. I just don't buy it.

The 7-3 Rams are good but -- well, not good enough to beat the Vikings or the Eagles. The Vikings have already crushed the Rams once this season 28-7 and the Eagles will beat them in the upcoming match up in December. So, I fully expect the Rams to make the playoffs and lose in the divisional round.

The Cowboys and the Packers were expected to be in the playoff running this year but Dallas has had a string of lackluster offensive games and I think will miss the playoffs with an 8-8 record and the Packers season ended the moment Aaron Rodgers was injured. Sorry Green Bay fans. Even as a MN Vikings fan I actually really like Aaron Rodgers and am happy to see him succeed but if he goes down, your team loses. A lot.

As for the Carolina Panthers, as long as Cam Newton remains healthy the Panthers (7-3) should make the playoffs but nothing about their team screams "true Super Bowl contenders." I know they went 15-1 two seasons ago, made it to the super bowl and lost but even that team was generally acknowledged to be the worst team to ever start at 11-0. I kind of feel the same way about the Panthers this season. Their decent record will take them to the playoffs but they’ll have an early exit.

Finally, rounding out the NFC contenders - the Seahawks, the Atlanta Falcons both at 6-4 and the Detroit Lions at 6-5 but all of them have been playing too inconsistent to be a deep playoff threat. Similar to the Panthers, I can see any or maybe all three teams making it to the wild card match ups if things suddenly turn sour for the Rams and the Saints but don’t believe any of them will make it to the championship game.

Who wins: Even chances. I suspect this will come down to who has the healthiest team. The Eagles have a much better offense. The Vikings have a slightly better defense. As the saying go, “Defense wins Championships.”

That may be true. But offense wins Super Bowls.

As for the AFC, that’s even easier. The Kansas City Chiefs (6-4) and the Tennessee Titans (6-4) have all shown moments of extremely exciting, smart football. But similar to the Seahawks and the Falcons - consistency is the problem. Really good but inconsistent teams usually make it to the playoffs and rarely advance to the championship game.

The Chargers, Ravens and Buffalo Bills are all begging for scraps at the table and I could see any one of those teams pulling out three or four more wins and making it to the postseason. But - again - consistency.

And it all comes down to the fact I don’t see any of the AFC teams beating the two big boys on the block - The New England Patriots (8-2) and the Pittsburgh Steelers (8-2).

I feel like the Steelers are good this year, but not as good as their 8-2 record implies. And I feel the opposite about the Patriots. New England should probably be 9-1 or maybe even 10-0. A few lucky breaks for opposing teams and NE ended up with two loses. I just don’t see anyone in the AFC beating Tom Brady’s Patriots.

Who will win: The Patriots in a blowout win over the Steelers.

Unless something goes spectacularly wrong, which can always happen in the NFL, I expect Super Bowl 52 to be the NE Patriots vs. either the Vikings or the Eagles.

The Super Bowl is actually in Minneapolis, MN this year. As a Vikings fan I would love to see them play the Super Bowl in their home town.  But - alas - I suspect it will be the Patriots and the Eagles with Tom Brady and winning his sixth ring.

But I hope not.

I hope it’s the Vikings! Unless, of course, they get waylaid by that silly Vikings curse that always waylays them!

The Minnesota Wild’s luck has obviously changed for the worse, but they’re in the playoffs anyways, hosting the hottest team in the league coached by former Wild head coach Mike Yeo.

The Wild and St. Louis Blues series will be the best in the west given the storylines. New Wild coach Bruce Boudreau is infamous for being wildly mediocre in the playoffs, and with a trade deadline deal that hasn’t worked, Wild GM Chuck Fletcher might be looking for a new job if the Wild exit the playoffs in round one once again this season.

Knowing all of that, I was surprised that my friend jumped at an opportunity to score two seats for game two in the lower level in row two next to the aisle for $280 each. He thought he could use them as leverage, but I told him that would be unlikely, as the price would drop. As of this writing, Craigslist has listings for lower-level, row two seats for as low as $180 for game one. The same row has already dropped $30 in price for game two. The fans have spoken, and they aren’t wildly confident in the Wild.

ESPN has picked the Blues to win the opening series in five games, and it seems Wild fans sense a letdown as well. Game one seats are going for below face value on Craigslist, which is unheard of, and if the Wild drop the first game, prices will continue to fall. That’s why your best bet when considering playoff tickets for just about any sport is to just wait. I jumped on Minnesota Twins playoff tickets in the last season of the Metrodome against the Yankees just before Joe Nathan blew the save in game two of the series in New York. It was a big mistake, as I ate two of the four tickets.

There’s rarely a time tickets can’t be found before the game starts. If you’re not too picky and just want to get in the door, waiting almost always pays off. Greed dissipates as the risk of taking a loss increases. The closer you get to puck drop the lower ticket prices get. The Wild box office even has select tickets available in the lower ($150) and upper ($110) levels for game one.

Even if the Wild win game one of the playoff series, tickets for game two will hold steady. Ticket resellers want every playoff series to go seven games. If it was a race to five wins that’d be even better for them. Don’t give them the satisfaction of fleecing you because you aren’t familiar with the local fan sentiment. Local Wild fans are fed up, and many won’t even consider attending the first series let alone the first game. This franchise is in all-or-nothing mode, so don’t go all-in on Minnesota Wild playoff tickets two days before the game. Wait.

Don’t get scammed by Craigslist ticket sellers! There are easy things you can do to avoid being scammed. Generally, if tickets are listed below face value it’s a scam. No one in their right mind, regardless of family emergencies, would list playoff tickets under face value. If there are no photos of either the tickets or the view from the seats, it’s likely a scam. If the Craigslist seller says they are a season ticket holder, ask for their account number located at the top of the tickets or call the ticket office and ask them to search their records by the seller’s name. The whole call takes about a minute and could help you avoid being scammed.

By taking my own advice I managed to score tickets in row 10 to Game 2 between the Wild and Blues for $170. That's $110 less than my friends paid to sit in the second row. It was also $50 less than the going rate on Ticketmaster, not including fees.