Wipe out the drug cartels like we wiped out ISIS - with drone strikes! 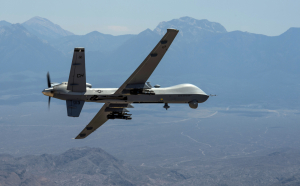 The big story at the beginning of the week was the chilling deaths of nine American citizens in Mexico—apparently at the hand of either one or two drug cartels.

And we’re worried about ISIS?

And the Democrats want open borders?

Now, let’s put this in context. This was a group of people who are part of the Fundamentalist Church of Jesus Christ of the Latter Day Saints.  They are at war with the state of Utah over polygamy and I’m not personally a fan of their interpretation of LDS orthodoxy because I covered the arrest of Warren Jeffs and the aftermath when I was with a national TV network.

That said, they were residents of Mexico, American citizens,  not taking welfare from either Arizona or Utah and didn’t deserve to be caught in a drug cartel ambush.

And, frankly, the silver or lead philosophy which is prevalent in our neighbor (that is, take our silver or our lead) to the south is killing many Americans because that is where heroin and fentanyl comes from and flows to those “sanctuary” cities and states where the so-called leadership does everything possible to protect these thugs from deportation.

This just happens to be such an egregious case that it screams for extraordinary action.

Drone strikes.  Let’s wipe them out the same way we wiped out ISIS.

Those folks at Creech Air Force Base in Indian Springs, Nevada (40 miles North of Las Vegas) can take out a terrorist halfway across the world with a Hellfire missile launched from a Predator drone.

I can hear our so-called “State” department screaming now, but why should we let some scumbag like El Chapo (or his son) wreak horrifying violence on United States citizens when we’re perfectly willing to use our military resources to wipe out a scumbag like Abu Bakr al-Baghdadi in Syria.  The fact is that no matter how nicely we discuss the concept of sovereignty the Mexican government has been bought and paid for by the drug cartels just as surely as ISIS became a state unto its own in the Middle East.

If we’re going to place the lives of young American soldiers, sailors and airmen in harm’s way, at least they should be protecting the lives of Americans.

And if the cartels wish to fight back…they’ll discover exactly what we spend over $700-Billion a year on.

So we need to give them fair warning.

President Trump can tweet that warning and then act on it the next time we see a problem.

The Mexican Army will come across the border?  They’ll cut off our access to Cabo?  Cancun?

To steal a line from W.C. Fields, “On the whole, I’d rather be in Philadelphia”.

The truth is that Mexico has long been a nation which is at a level of corruption that even Bugsy Siegal's Las Vegas never approached.  Even Chicago has never been quite as corrupt as Mexico. Even Joe Biden’s son apparently hasn’t taken any money from them.

The only thing stopping the President might well be the Obama holdovers in the State Department.  Just like those clowns who testified against the President in secret, performing for Adam Schiff.

To hear them tell it, the President shouldn’t be allowed to set our foreign policy.

I’d like to see the President at this exact time, go to Congress and ask for a declaration of war not against Mexico but the drug cartels.  Let’s see who votes against that.

The enemy of the enemy is my friend ... when they need us.

I’m not an expert on foreign affairs.

I live in rural Nevada amongst people who believe in America First, Donald Trump, the Second Amendment, self-reliance, generosity, limited government and God.

We are the people about who Barack Obama once said,  “They get bitter, they cling to guns or religion or antipathy to people who aren’t like them or anti-immigrant sentiment or anti-trade sentiment as a way to explain their frustrations.”  In short, we’re Hillary’s “deplorables”.  The 63,000,000 people who elected Donald Trump.

That said, I’ll bet I know at least as much as the talking heads on TV who know nearly nothing but sure want to tell us how President Trump should conduct an endless war in the Middle East.

Let’s put the Kurds versus Turkey in perspective, as an example.

The Kurds have been fighting the Turks for hundreds if not thousands of years.  That’s what they like to do in the Middle East.  They’ve been fighting each other so long they probably could not tell you why.  They are the Arab version of the Hatfield's and the McCoy's.

Nobody has any real number of how many of each other they have killed.

So, our President asked a reasonable question.  What are our interests there and why is it worth the life of a single American soldier?

He came up with a reasonable answer.  Now that we are a net exporter of oil, we have very limited interests there and they are not worth a warm bucket of spit much less the life of a single American soldier.  And, if we need to choose our friends, we have only one true friend in the region—Israel, which we helped found.  Occasionally, we can count the Saudis in that category as well, when it suits them.

As for the rest of the area, the historical truth has always been that the enemy of my enemy is my friend.  When they need us, they become the enemies of our enemies and suck us into their intramural battles so we can have young American men and women killed to suit their needs—whatever they may be.

Is any of that worth even a single bandage on, much less the life of one American soldier?

It’s not worth a bandage on, much less the life of, one bomb sniffing dog.

So, why are we there?  Because we are afraid to fight wars to win them.  We apparently learned that in Viet Nam.

After the 9-11 attacks, we—and I mean BOTH sides—made some bad decisions, not the least of which was NOT using weapons to wipe out Al Qaeda which would leave such a lasting scar that these morons would NEVER attack us again.  Do we have small tactical nuclear weapons designed to turn a Al Qaeda or ISIS training camp into glass?  Of course we do.  Unfortunately, we have a State Department which is part of the deep state and would counsel the President such a move would end the world.  Why it would be a “violation of the rules of war.”  Rules of war?  Who are they kidding?

One thing is sure.  Like the death penalty, it would make sure that these killer clowns would never harm an innocent civilian again.

But Harry Truman had the cojones to end the war.  I’m guessing that Donald Trump does as well.  I’m also guessing he will exhaust every alternative before he reaches into our arsenal that deeply.

By NOT having a President who is part of the failures since Viet Nam, our chances of coming up with both new and old solutions is greatly enhanced.

Of course, I’m not an expert in foreign affairs. 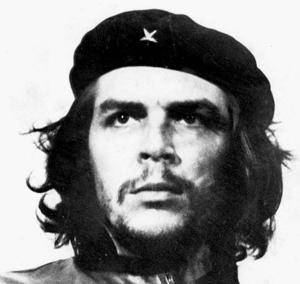 Let’s say that all you knew about Adolf Hitler was that he painted scenic pictures, postcards, and houses in Vienna, loved dogs and named his adorable German Shepard “Blondie,” and frequently expressed solidarity with “the people.” You might sport a T-shirt adorned with his image if you thought such a charismatic chap was also good-looking in a beret. But your education would be widely regarded as incomplete.

If you later found out that the guy on your T-shirt was a mass murderer, you might ask your oppression studies professor why she left out a few important details.

In film and pop culture, Che comes off as an adventurous motorcyclist, a humble-living commoner, a romantic egalitarian revolutionary, and a swashbuckling sex symbol. His ghastly history as one of Fidel Castro’s favorite thugs routinely gets whitewashed because, in spite of all the murders, he supposedly had good intentions (read: hate the rich, concentrate power, eliminate dissent, help the poor by creating more of them).

In his remarkable 2007 volume, Exposing the Real Che Guevara and the Useful Idiots Who Idolize Him, acclaimed journalist Humberto Fontova contrasted the fiction with the facts in these terms:

Who Was “Che” Guevara?

Myth: International man of the people. Humanitarian. Brave freedom fighter. Lover of literature and life. Advocate of the poor and oppressed.

Here are some lesser-known info bits about the psychopath-on-the-T-shirt, drawn from Fontova’s book and other sources:

Fidel Castro appointed Che Guevara as communist Cuba’s first “Economics Minister” and president of the country’s National Bank. Within months, the Cuban peso was practically worthless. Castro appointed him Minister of Industries, too. In that job, Che proved equally incompetent. He once bought a fleet of snowplows from Czechoslovakia because he thought they would make excellent sugar cane harvesters but, sadly, the machines simply squashed and killed the plants.

Che was Castro’s economic czar, though he knew nothing about economics beyond Marxist bumper stickers. His former deputy Ernesto Betancourt said Che was “ignorant of the most elementary economic principles.” Nonetheless, he actually wrote communist Cuba’s agrarian reform law, limiting the size of all farms and creating state-run communes. Production plummeted and is still lower today than before the revolution.

The Soviet missiles in Cuba that nearly precipitated a world war in 1962 were Che’s idea. When the Soviets were pressured by the Kennedy administration to remove them, Che publicly declared that if the missiles had been under Cuban control, they would have been fired at the US because the cause of socialism was worth “millions of atomic-war victims.”

Che left Cuba in 1965 to foment violent insurrections first in Africa and then back in Latin America. He was captured by the Bolivian military on October 8, 1967, and administered a dose of his own summary medicine the next day.

Bottom line: Think twice (actually, just once ought to be enough) about adding a Che Guevara T-shirt to your Christmas giving this year.

Lawrence W. Reed is President Emeritus, Humphreys Family Senior Fellow, and Ron Manners Ambassador for Global Liberty at the Foundation for Economic Education. His opinions are his own. This article originally appeared on fee.org, then pennypress. Reprinted with permission.