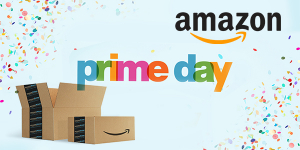 So, apparently package theft is even MORE of a problem than I expected. I mean, I know it happens. It’s never happened to me yet, thankfully. But I only order online a couple times a year. It sounds like, for those that order online a lot, you can expect that your packages will just - occasionally, vanish.

According to a 2017 holiday survey by Shorr.com (a packaging company) of more than 1,000 people, if you receive 1-2 packages a month - almost 40% of responders said they had things stolen off their porch. As Mark Rober explains in the video, the police don’t really have the resources to look into a package theft so such crimes largely go unsolved, and in most cases, unreported. Because if it’s happened to you before, and you’ve called the police and they say, “Sorry, there is nothing we can do,” then you will probably not even bother reporting it if it happens to you again.

Well, crazy madman genius NASA engineer Mark Rober has something to say about this. In fact, he has a fart-bomb-glitter-spewing-over-engineered-fake-package-masterpiece to say about this. I’ll let the video speak for itself (it’s the same one on our front page).

My first thought, because I’m a cynic is - “Yeah, this is fun - but are the “thieves” in the video just actor friends of Mark’s?” After some minor Google sleuthing it turns out the answer is - probably not.

That, my friend, is big package business for thieves. So, I do believe that Mark built his package glitter bomb and when it came time to test it out, sadly, it just wasn’t hard to find actual thieves to came up and steal his fake box. His video does not say one way or another if these people were caught and / or the information used from Mark’s fake package will be used to prosecute the thieves. So if you are looking for some justice, well - we can only hope.

So, who is this guy making said video? Well, Mark Rober is a former NASA engineer who has become an internet sensation because of this (and many other videos). His YouTube channel can be found here. His, attached video, Glitter Bomb vs. Package Thieves has garnered the most attention with more than 25 million views and counting.

Mark’s video certainly will not end package theft but it’s a nice reminder, as many have said, that “Not all superheroes wear capes.” The video is as great as you’d expect it to be.

Finally, here are five things you can do to help keep your package safe: