Can diet soda cause diabetes? 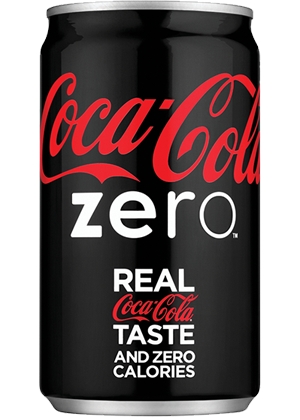 Another study suggests artificial sweeteners can increase one’s susceptibility to getting diabetes.

Research led by Dr. Brian Hoffman from the Medical College of Wisconsin and Marquette University, looked at rats who were fed artificial sweeteners and found they had changes in their fat and energy metabolism such that fat levels increased and protein was instead broken down to provide much-needed fuel. Diabetes occurs when people cannot break down and utilize sugar correctly (more discussed below).

This isn’t the first time artificial sweeteners have been linked to a glucose metabolism disorder.  In October 2016, researchers at Karolinska Institute found two diet drinks a day DOUBLES one’s risk of diabetes.

These studies are concerning as many people prone to high blood sugar opt for the “sugar-free” beverages, thinking they are protecting their health, when in fact they could be hurting it.

Why would artificial sweeteners have such an effect? One theory is our mouths and hence minds think something very sugary is coming down the pike.  Artificial sweeteners can be anywhere from 150-500 times sweeter than actual sugar. So the pancreas and other organs may ready the body for this huge anticipated “sugar load.”  When no sugar actually comes down the gullet and into the intestine to be absorbed, the body may eventually take a “boy who cried wolf” stance and not mount appropriate responses later.  Diet soda has been associated with weight gain, maybe due to the body’s metabolism slowing down as a result it feels it is “starving” when real food is not coming down the gut.

Another theory suggests sweeteners may alter the gut microbiome which has been discovered to be instrumental in a variety of physiological processes, including metabolism.  Another suggestion has been that sweeteners may interfere with the pancreas doing its optimal job by enhancing resistance to its main hormone in glucose metabolism, insulin.

A review of Diabetes

Diabetes is a disease in which the body doesn’t utilize and metabolize sugar properly. When we consume food, its broken down into proteins, nutrients, fats, water, and sugar. These components are necessary for cell growth and function. They get absorbed in the small intestine and make it to the bloodstream. In order for a cell to utilize sugar, it needs the hormone insulin to help guide it in.  It’s similar to a key that fits in the keyhole of the “door” of the cell, opening it up so sugar can enter.  Insulin is produced in the pancreas, an organ that receives signals when one eats to release insulin in preparation of the sugar load coming down the pike.

So I imagine our mouth like a waiting room, the blood stream like a hallway, and the cells of the body the rooms along the hallway. Insulin is the key to open the cells’ “doors” allowing sugar to enter.  If the sugar does not get in, it stays in the bloodstream “hallway” and doesn’t feed the cell.  Weight loss occurs, and individuals may become more thirsty as the sugar in the blood makes it fairly osmotic, something the body wants to neutralize, reduce.  The kidneys are going to want dump the excess sugar, so to do so, one would urinate more, again causing thirst.  So when a diabetic loses weight, urinates more frequently and becomes thirsty, you now understand why.

Type I Diabetes, previously called insulin dependent or Juvenile diabetes, occurs when the pancreas doesn’t produce insulin, possibly from the immune system destroying the cells that produce the hormone. When this occurs there is rapid weight loss and death could occur if the cells don’t get the sugar they need. Insulin has to be administered regularly.

Type II Diabetes, previously called non-insulin dependent or adult-onset diabetes, occurs in those who began with a fully functioning pancreas but as they age the pancreas produces less insulin, called insulin deficiency, or the insulin produced meets resistance. This is the fastest growing type of diabetes in both children and adults.

Type IIIc diabetes may occur in individuals who suffered damage to their pancreas.  Inflammation/infection of the pancreas (pancreatitis), a pancreatic tumor, or surgery affecting the pancreas may destroy the beta cells that produce insulin.

Insulin resistance, if using our hallway and door analogy, is as if someone is pushing against the door the insulin is trying to unlock. As we know, those with obesity are at higher risk for diabetes, hence fat can increase insulin resistance. It’s also been associated with an increase in heart disease. 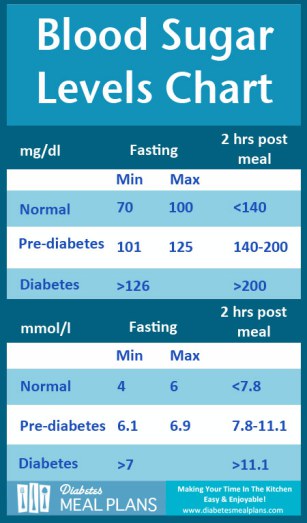 1/3 of American adults are currently pre-diabetic. Experts predict 1/3 of US Adults will be diabetic by the year 2050.  Although genetics plays a big role, decreasing ones sugar intake and maintaining an active lifestyle can help ward of diabetes.