How to avoid alcohol poisoning 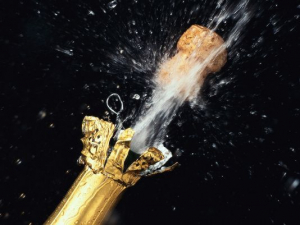 The most exciting evening of the year is coming and we start celebrating hours, even days before.  Champagne, beer, vodka, rum…you won’t find a venue without it. Unfortunately the pace at which alcohol is consumed can be just as deadly as the quantity. What you read below may be difficult to swallow, but it’s necessary to know to stay healthy.

What is acute alcohol intoxication?

Simply put, it’s alcohol poisoning. Alcohol consumed in high quantities and at too fast a pace will disrupt metabolic processes in the body. A healthy human body will break down alcohol at a rate of 1 oz per hour.  So if the average shot glass contains 0.6 – 1.5 oz. of alcohol and if one takes in 4 shots in one sitting, math dictates that the body will not be able to keep up.

Whatever the liver does not metabolize will continue to circulate in the body.  As a defense mechanism, your gut may try to throw it up, which is why vomiting is a red flag of acute alcohol intoxication.

Alcohol is additionally a sedative so respiratory rate can drop to the point of causing the drinker to become unconscious. Slow respiration coupled with high alcohol blood content will cause drinkers to have impaired brain function (loss of memory, acting confused) and dilation of blood vessels. This can hypoperfuse certain organs as your body tries to preserve blood flow to the heart and brain, thus giving the drinker a pale, clammy look.

Chronic alcohol intoxication could cause scarring of the liver called cirrhosis.

How much alcohol is safe to drink?

The CDC website defines quantities of alcohol as the following:

Women metabolize alcohol differently from men, so they are encouraged to drink less. According to the National Institute on Alcohol Abuse and Alcoholism, a man should drink no more than 2 standard drinks a day and for women, no more than 1. “Binge Drinking” is defined as 4 or more drinks (woman) or 5 or more drinks (man) in a 2 hour period.

SAMHSA DEFINES HEAVY ALCOHOL USE AS BINGE DRINKING ON 5 OR MORE DAYS IN THE PAST MONTH.

What if I’m taking medication? Can I still drink?

There is no official list of what medications can be swigged with alcohol.  Some sources will incorrectly say “Tylenol” however one’s liver may not agree as both acetaminophen (its key ingredient) and alcohol may cause liver disease.  We suggest speaking with your medical provider first before drinking.

The National Institute for Alcohol Abuse and Alcoholism provides a list of medications that could produce serious side effects when mixed with alcohol (even during the same night).  For example, NSAIDS (non steroidal antiinflammatories, such as ibuprofen), could increase the risk of GI Bleed.

How much alcohol is toxic to the body?

Any amount of alcohol may be toxic to the body depending on one’s baseline health and how his/her body metabolizes alcohol.  One drink has even been linked to cancer such as those of the throat and/or GI tract. So we don’t have an official “safe level” of alcohol to consistently promote. How we determine ranges of toxicity depends on one’s Blood Alcohol Content (BAC) which can be measured.

Time is the only factor to lower one’s Blood Alcohol Content. Coffee, cold showers, etc… are all myths.

A Happy New Year should also be a Healthy New Year.  So be warm, dry, safe and have fun!!