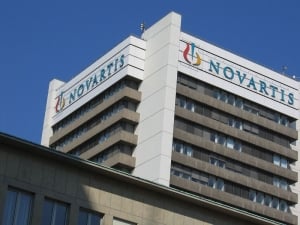 Due to a lack of profit potential, Novartis Pharmaceuticals has been the latest to join the exodus of drug companies from antibiotic research and development.

The Swiss based pharmaceutical company will shut down their antibacterial and antiviral research programs resulting in the termination of 140 jobs.

They join Sanofi, Allergan and AstraZeneca who have also pulled out of antimicrobial R & D.

Pfizer, GlaxoSmithKline, Merck and Roche will remain active in the antimicrobial market.

Since the birth of antibiotics in 1928 with Sir Alexander Fleming’s discovery of Penicillin, we’ve aimed to make them stronger and shrewder than the bacteria.  However, nature always wins, and some bacteria have outsmarted our fanciest of antibiotics, as we’ve seen with MRSA (methicillin-resistant staph aureus) and CRE (carbapenem-resistant enterobacteriaceae).  The more antibiotics we make and use, the stronger the bacteria become.

Since insurance companies favor generics, new drugs that do go through the long and expensive process of R & D have no guarantee of turning a profit.  According to a report published by the Tufts Center for the Study of Drug Development (CSDD) the cost of developing a prescription drug that is successful enough to make it to market costs approximately $2.6 billion.  Drugs that are researched, developed, tested but then fail in obtaining FDA approval or success long-term may never make it to market, costing the drug company millions.

The Writing’s On The Wall

And pharmaceutical companies aren’t stupid.  They see the legal circus surrounding Purdue Pharma for its “role” in the opioid crisis, so drug companies may wonder if they’ll eventually be held liable for the “superbug crisis”.   If a company thinks they will lose money or be sued in the future for a drug that cost billions to manufacture, they may choose to pass.

But if they pass….who steps up?

I suggest more research into other forms of treating antibiotics such as laser treatments.  Or go old school with silver.  During the Roman empire and Middle Ages, silver had been used as healing agent.  During the Civil War, silver nitrate was used to cure Gonorrhea, another bacteria currently becoming drug resistant.  The silver nitrate was eventually replaced by a colloidal silver. But in 2013 researchers at Boston University discovered why silver was so antibacterial.  Its properties interfered with the cell metabolism of the pathogen as well as  disrupted its wall.  This mimics what antibiotics have been designed to do.  Silver may be able to be used as an agent by itself, in a non toxic form of course, or used in conjunction with current antibiotics who cannot break into the bacteria wall by themselves.