Displaying items by tag: The Staircase

Netflix's true crime docu-series, "The Staircase." A spoiler free review and what it left out. 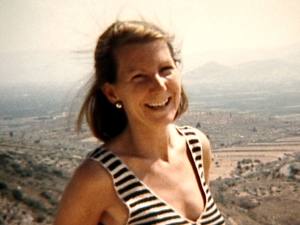 True Crime documentaries are nothing new. A few of the better ones have even freed innocent victims from jail for crimes they did not commit. The Thin Blue Line (1988) is a documentary film directed by Errol Morris that covers the story of Randall Dale Adams, who was convicted and sentenced to death for a murder he did not commit. One year after the release of Thin Blue Line Adam’s was exonerated and released from prison.

Netflix has a variety of crime docu-series available to stream. The most popular being last years ten part Making a Murderer, directed by Laura Ricciardi and Moira Demos. Season 1 was a huge hit for Netflix and season 2 is expected on Netflix by the end of 2018.

And now Netflix has again struck true crime gold with The Staircase, a 13 part series directed by Jean-Xavier de Lestrade that covers the 2001 accidental death, or murder, of Kathleen Peterson . Kathleen was found covered in blood at the bottom of the stairs at her and husband Michael Peterson's home. Michael says she was drunk and slipped down the stairs. The police and the DA say that Michael Peterson bludgeoned her to death. 16 years of legal proceedings followed.

While the director and producers have very carefully claimed The Staircase is an unbiased look at the American justice system it becomes pretty clear that the docu-series is extremely pro Michael Peterson.

And that’s fine because, after watching the entire 13 part series I’m on the fence as to his guilt or innocence. Which, I suppose - makes for fine viewing.  I found the series to be more satisfying, than Making a Murderer which is equally on the side of the white male man accused of murder.  What I mean by “more satisfying” is that, agree with the conclusion of The Staircase or not - it has an ending. Making a Murderer for all it’s pros and cons - is just going to go on and on.

So what exactly is “The Staircase” about? (A spoiler free breakdown)

Fair question. As mentioned above - it’s mainly about the legal proceedings of Michael Peterson who is accused of murdering his wife. It covers Michael's life in great detail including the lives of his children and his charismatic lawyer, David Rudolph.

People are fascinating. Late great film critic Gene Siskel always said that an actor’s face is far more interesting than an explosion. And that carries over to documentaries and real life. People are interesting and flawed and ridiculous and they lie when they should tell the truth and they tell the truth when they should probably lie. And that’s what’s great about The Staircase. It's about people. I liked Michael Peterson, I liked David Rudolph, I like Michaels daughters and one of his sons.

I found one of the other sons a little shady, only to find out that said son had a weird, extensive criminal history - none of which was presented in the docu-series. In fact, there was considerable amount of “strangeness” cut out of the series. Accused murderer Michael Peterson had a fifteen year love affair with The Staircase editor even though the director and producers all claim that fact didn’t affect her judgement as she cut together the series.

There is a hugely popular theory of how Kathleen actually accidentally died that is oddly absent from the series. There theory is equally absurd as it is plausible. If you want to continue a spoiler free review do not click this link here (which discusses the theory in detail).

But the main thing I found odd about The Staircase is the lack of empathy towards Kathleen Peterson - the victim. The woman who either tragically died or was murdered. We know virtually nothing about her other than - she's the victim. Maggie Serota writes a really nice piece for Spin.com called Netflix’s The Staircase Doesn’t Seem Particularly Concerned With Kathleen Peterson.

“Like a supporting female character in a mafia movie, the Kathleen presented in the crime doc had no interior life of her own and existed only to know other people, namely her husband and likely killer Michael…”

Serota’s observation is spot on. For a 13 hour series covering the death (possible murder?) of Kathleen Peterson - we are presented very little information as to … well, anything about her. Which means the show produces very little empathy for the victim, other than a few harrowing photographs of the crime scene. And worse than that, doesn't even try to produce empathy for her. According to The Staircase, Kathleen Peterson is basically just - "the dead woman."

And that seems like a professional choice by the director, the producers and the editor in an effort to slant the viewer towards the idea that Michael Peterson is innocent.

And maybe he is. But Kathleen Peterson is dead under mysterious circumstances. And her in debt husband needed money. And Kathleen had a huge life insurance policy. By the way, if you are suddenly thinking, “You said this was spoiler free!”  I assure you that information was spoiler free. You know why? Because the 13 part series doesn’t even bother to mention the fact that there was a money problem and a huge life insurance payout. (Motive, anyone?)

Michael Peterson received one third of the life insurance policy, which he spent on legal fees. The other two thirds of the money went to Kathleen’s first husband and her daughter from that previous marriage.

All that being said, I found The Staircase to be fascinating and in places, quite shocking. There are story twists in the series that, if you viewed them in a feature film you would say to yourself, “No way is this even remotely plausible!” But as they say, “Life is stranger than fiction.” And the events surrounding the death / possible murder of Kathleen Peterson are certainly that - strange.

All thirteen one hour episodes of The Staircase are currently streaming on Netflix.