Gene's Technology Corner: The potential merger between T-Mobile and Sprint 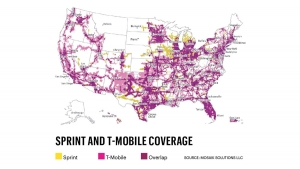 Does anyone recall ever benefiting because one company merged with another? It’s not necessarily similar to Apple’s purchase of Beats and selling expensive headphones, because that deal was more about acquiring technology, which is something that’s been done for years.

So consider the act that saved Apple, acquiring NeXT in 1996, which brought a state-of-the-art Unix-based OS that, over the years, morphed into macOS and iOS. That move came in the wake of the failure of Copland, Apple’s own effort to build a successor to Mac OS. It took a while to jell, but here in 2018, we are still benefiting from the fruits of that transaction.

It also brought Steve Jobs back to Apple, and the rest is history.

From Apple A-series processors, to Touch ID, Face ID and — yes — even Siri, Apple’s ongoing acquisitions of technology companies have delivered compelling features that have advanced the company, and enhanced the user experiences of hundreds of millions of customers.

But when two companies consummate a normal merger, there are almost always promises of realizing synergies, and somehow benefiting customers. In the end, the stockholders and the executives become richer, but people lose their jobs because they are deemed redundant. With fewer competitors, prices just may increase.

When buying a company with different products and services, it may be easier to get approval from the powers-that-be in the U.S. government. Even then, there may be restrictions to reduce corporate excesses of one sort or another. When Comcast, the number one cable and broadband company in the U.S., completed its acquisition of NBC/Universal in 2011, the deal came with restrictions to ensure fair treatment to competing companies.

So Comcast needed to be fair with in negotiating carrier deals to carry NBC content, which includes such cable networks as Bravo, CNBC, MSNBC, SyFy and USA.

Over the years, I’ve heard all sorts of tech support horror stories from Comcast cable customers. There’s no indication things became any better after the merger. Of course, the entertainment division isn’t involved in direct interactions with individual consumers.

When AT&T bought DirecTV, the world’s largest satellite TV network, in 2015, the support systems were combined. Not only were jobs lost, but service got a whole lot worse. These days, when I dial up AT&T for satellite or wireless support, I have to navigate through a mostly deaf voice assistant, and I’m often forced to talk to several people just to resolve a simple issue. How does that save money?

I remain a customer for two reasons. First no other TV service is available at this apartment, which is wired for CenturyLink, and includes a single DirecTV satellite dish feeding all the units in each building. Reception via an interior digital antenna is hit or miss. Second, although it was hard to find, I receive an AARP discount for AT&T wireless, and that discount is enough to match T-Mobile’s “Uncarrier” price.

Speaking of which, AT&T attempted to merge with T-Mobile in 2011, but the government said no. Forced to compete on its own terms, T-Mobile began its “Uncarrier” promotion, which did away with standard two-year contracts, and overhauled the industry.

As a result, your wireless bill is no doubt cheaper regardless of the carrier. T-Mobile is growing rapidly; the move spurred Sprint to slash its prices, so both became more compelling alternatives to market leaders Verizon and AT&T.

Now T-Mobile and Sprint are trying to become one. But T-Mobile’s flashy CEO, John Legere, insisted that there will still be more competition in the market than most believe: “This isn’t a case of going from four to three wireless companies—there are now at least seven or eight big competitors in this converging market.”

True, cable providers are entering or planning to enter the cell phone market, but it’s not at all likely that they’ll suddenly became major competition for the big four — make that big three if this merger is consummated.

At the same time, it is true that T-Mobile and Sprint together will provide healthier competition to the Verizon and AT&T. As it stands, T-Mobile has good cellular coverage in larger cities but relatively poor coverage in rural areas. A larger footprint will also provide more network resources and revenue to speed deployment of 5G networks.

In theory, that should be a good thing.

Then again, as Sprint learned when it bought Nextel in 2005, combining two incompatible networks is no easy task. Basically Nextel was shunted to the side in the wreckage of that deal.

So T-Mobile uses GSM, same as AT&T. Sprint uses CDMA, same as Verizon. Sprint claims some 20 million customers have handsets that are compatible with T-Mobile, which will be the winning company. After a migration period to the combined service, which will take from two to three years, it’ll still leave millions of users with incompatible handsets, unless the equipment supports LTE and is deployed in an area where there’s an acceptable LTE signal. I just hope there will be special discounts for people with bricked phones to upgrade.

While Legere also claimed that more employees will be needed with the combined company, that may be a tricky response. Perhaps there will be, workers to perform the hardware migration and upgrades. But what about sales and support people? How many of them will be getting pink slips? Doesn’t it make sense that there will be thousands of redundant positions, or does T-Mobile expect many of these employees will be willing to transfer to the hardware division?

Will prices really go down?

Of course, this deal hasn’t been Okayed by the authorities, and there may be restrictions to protect customers with potentially obsolete gear among other things. It would be nice to see guarantees that prices won’t increase, but such restrictions are usually temporary. What will the market be like in five years?

I am, however, pleased that the new company will be in T-Mobile’s image and not Sprint’s. I tried Sprint in the early 2000s, before switching to AT&T. As bad as the latter’s support is now, Sprint was far, far worse.