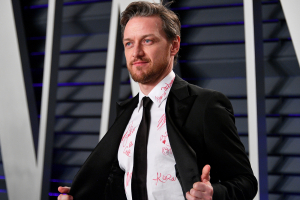 Opinion: The Game was Boring, but it Had Maybe the Best Super Bowl Ad Ever!

Now that we’ve witnessed Super Bowl Dull it’s time to dive back into the important things in life. Like - deciding what the best ad during the Super Bowl was!

Lots of people seem to have their opinions, of course. The folks over at Yahoo News seem to think it was the NFL 100. Which is a delightful ad putting together NFL super stars, old and new. And I like the commercial quite a bit. It’s funny. It’s fast paced. And it’s not too long (because I think this bit could wear itself out if it were say, several minutes long). Of course, it is an ad about football. During a football game. Which is a little silly, but whatever.

The folks over at CBS Sports really like the Bumble Serena Williams spot. It’s a socially aware female empowerment type commercial which goes really well with their brand messaging. For those that don’t know, Bumble is a dating app where women must make the first move / send the first message. Which is designed to cut out a lot of the crazy, toxic things that men send to women (usually, unsolicited). The commercial is well done, just not my favorite.

CNN went with the (perhaps, obvious) Bud Light/ Game of Thrones mash up. Continuing their charming “Dilly, dilly” line up, Bud Light knocks it out of the park with this one. “I don’t have the plague, anymore” is probably my favorite line from a commercial in a while.

There was lots of love for the Hyundai / Jason Bateman commercial, which I thought was pretty clever. There was equal amounts love/shade thrown around for the Change Up the Usual ad for Stella Artois which put together Carrie Bradshaw (SJP from Sex and the City) and “The Dude (Jeff Bridges from The Big Lebowski). People seem to love it or REALLY HATE it. I kind of liked it.

There was the Michael Bublé / Bubly commercial, which everyone at my Super Bowl party (including me) thought was pretty charming. And even though Donald Trump, Jr hated the Washington Post ad, his opinion is wrong. The Tom Hanks voiced ad is all about the importance of journalists and journalistic integrity and features the two murdered journalist that worked for the paper. It's a pretty powerful ad. Though, I do think the criticism of “The struggling newspaper spent HOW MUCH on the ad?” is fair.

There are, of course, ads that didn't work as well as the advertiser hoped and some flat out stinkers too (but then again, this is all subjective). Including one with a really creepy robot kid and a gross one with chunky milk. But I’m not going to link to them or any of the other ones I hated since that will only give them more traffic.

All that being said, there was only one ad that I thought was exceptional, that one being: Microsoft’s "When everybody plays, we all win" two minute commercial for the XBOX Adaptive Controller. Seriously, you guys, every “I’m not crying, you’re crying!” meme becomes a harsh reality up in my crib when I watch that ad. And, um, it’s possible I’ve watched it several times.

Back in July I wrote about the Adaptive Controller and basically said it’s the greatest gamer thing ever. I still feel that way. And with twenty five million hits on the commercial already since Sunday (on YouTube alone), I have a sneaking suspicion lots of folks feel that way too.