What the new Minnesota Wild GM should do this offseason 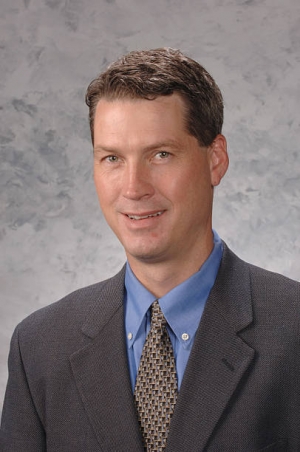 The Minnesota Wild parted ways with general manager Chuck Fletcher on Monday after a nine-season tenure that saw the Wild reach the Stanley Cup Playoffs for six consecutive seasons, but fail to get out of the second round.

According to Sportrac, the Wild have just over $10 million in cap space to work with next season. Jason Zucker, Matt Dumba, Nick Seeler and Ryan Murphy are all restricted free agents. Zucker made $2 million in 2017-18 and will demand a considerable raise. He was third on his team in relative Fenwick at even strength and fourth on his team in relative Corsi at even strength. Dumba made $2.55 million and will also demand a raise, setting career highs in just about every category. He even matched his career-high plus-minus of 15 set last season.

So if Fletcher’s replacement signs all four of the Wild’s restricted free agents to contracts, there won’t likely be money to spend on unrestricted free agents, which means trades will have to be made in order for the Wild to improve the roster. Luckily, the Wild have a whole bunch of picks in the 2018 NHL Draft and some trade chips worth something.

The Wild have a first-round pick, three third-round picks, two fifth-round picks, and a sixth- and seventh-round pick in the 2018 NHL Draft. Whether the incoming general manager is of the opinion that it’s time for the Wild to blow it up and rebuild or just a few pieces away from contending for a championship will determine how the Wild’s ammo will be utilized. But it’s hard to blow up a team that’s paying more than $15 million annually to two players who can’t be traded (Ryan Suter and Zach Parise).

The Wild might have the most valuable trade chip on the table, though, in center Eric Staal. Staal, at 33, finished fourth in goals scored and 26th in the league in points, and he’s owed just $3.5 million next season -- the final year of his deal with the Wild. Staal has said he and his family are comfortable in Minnesota, but a long-term extension is unlikely this offseason given the Wild’s lack of salary cap flexibility. Stall might have to be traded just to remedy the situation.

One of Fletcher’s most recent offseason acquisitions just didn’t pan out. The Wild needed a guy who could deliver hits, sure, but his average time on ice dropped more than four minutes, resulting in 34 percent fewer hits than his monster season last year when he delivered 279 hits for Buffalo. And while his possession metrics were the best they’ve been since 2012-13, left wing has become a position of depth for the Wild with the addition of Jordan Greenway and Parise recovering from back surgery (only to enter another offseason with an injury).

The Columbus Blue Jackets need a third-line left wing with Matt Calvert’s contract coming off the books, and Marcus’s older brother Nick is already the center on the Blue Jackets’ third line. Dumping the $2.875 million the Wild owe Foligno each of the next three seasons would be a good place for the new Wild GM to start cleaning up Fletcher’s salary cap mess. The Wild could always sign free agents Patrick Maroon (+1, 4.2 relative Corsi, 4.1 relative Fenwick) or Jussi Jokinen (+7, 0.8 Corsi, 0.8 Fenwick) to fill the left wing position on the third or fourth lines.

The Blue Jackets have one draft pick in each of the first, second, third, sixth and seventh rounds, but packaging Foligno with, say, Mikko Koivu, could really go far in clearing the cap space necessary to extend Staal.

The Blue Jackets have roughly $17 million in cap space for next season, with only third-line defenseman Ryan Murray a restricted free agent worthy of a contract offer. The Blue Jackets’ fourth-line center Mark Letestu will also be an unrestricted free agent this offseason. Acquiring Koivu would allow the Folignos to move down to the fourth line and second-line center Alexander Wennberg, 23, to skate third-line minutes. The move would transfer $8,375,000 from the Wild’s books to the Blue Jackets’ for the next two years, and Koivu’s $5.5 million in 2019-20 as well.

Coming back to the Wild could be Columbus’s third-line right wing Josh Anderson, controlled through 2019-20 at the modest price of $1.85 million annually. Currently, the Wild have just two healthy right wings on the roster in Mikael Granlund and Nino Niederreiter. Rookie Kyle Rau was playing on the third line with Parise hurt in the playoffs. Anderson, 23, logged an impressive 3.3 relative Corsi and 3.2 relative Fenwick during 986.9 minutes at even strength, and would be a considerable upgrade to unrestricted free agent Daniel Winnik, who posted a relative Corsi and relative Fenwick of -3.1 as the Wild’s fourth-line right winger.

The Wild should also get a high-round draft pick from Columbus in exchange for Koivu, but probably not the first-rounder. The Wild adding a second-round selection in a draft expected to be deep with talent would be an exceptional return for their captain, Koivu. The trade would leave the Wild with $6.525 million in cap space to extend Staal or do something else if they choose to trade Staal.

Staal is coming off his best offensive season in a decade, so he’s going to demand Parise and Suter money to make up for the measly $3.5 million annual salary he was paid this year and last. But at 33, he might be signing his last contract, so much of his salary could be backloaded to give the Wild some salary cap flexibility in these years they are cleaning up Fletcher’s mess and transitioning to a new general manager.

The smart move would be to hold off on trading or extending Staal this offseason and hope he comes back strong in the first half of 2018-19, attracting interest from contending teams prior to the trade deadline. This would give the new Wild general manager at least a little time to evaluate 20-year-old center Luke Kunin, who will likely miss the start of the 2018-19 season recovering from an ACL tear in his left knee.

Even if Kunin shows the potential to be a top-line center right away, it wouldn’t be a bad idea to retain Staal as a mentor. The Wild could still sign Staal as an unrestricted free agent next offseason even after trading him for something at the deadline. Or the Wild could simply retain Staal, work Kunin into the lineup and make the playoffs again. It’s a nice problem to have, and one of the two moves of the Fletcher era that worked to perfection (the other being goalie Devan Dubnyk).

Regardless, the Minnesota Wild general manager job might not be that attractive to potential candidates, but whoever takes over the Wild not only inherits a mess, but an opportunity to contend immediately or the means to blow it all up and rebuild.