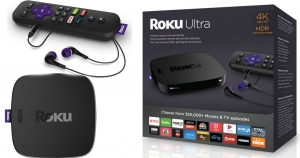 It’s no secret that the Apple TV isn’t doing terribly well compared to similar gear from Amazon, Google and market leader Roku. While Apple was the pioneer in this space, it took far too long to modernize the product.

Even when Apple introduced an all-new model in 2015, it made it much more expensive, yet still lacking 4K support at a time when tens of millions of TV sets featured the higher resolution capability. So it left the customers with a dilemma. If they still wanted to stick with the Apple ecosystem, the entry-level 32GB model was $149, compared to $99 for the third generation model before it was discounted.

I suppose some might have found the new features, which included an enhanced remote, and Siri and app support, to be reasonably compelling, but did it really matter? How many people really strayed beyond iTunes and Netflix anyway.

In 2017, Apple discovered 4K. Rather than keep the same price, or, better, reduce it, the entry-level unit was priced $30 higher. This may have been necessary to the bean counters who evaluated such matters as the price of raw materials and such, but it made even less sense.

Other than Apple’s ecosystem, the $99.99 Roku Ultra offered a similar lineup of useful features, including 4K and HDR. If you just wanted Netflix and maybe Amazon Prime, Hulu along with VUDU for movie rentals, the $69.99 Roku Streaming Stick also features 4K and HDR.

When you look at the numbers, paying $179 for an Apple gadget seems outrageous.

None of this justifies paying $79 more for an Apple TV 4K compared to a Roku Ultra beyond the commitment to Apple’s own services. The added features just aren’t compelling enough for most people, and picture quality isn’t so much different. A TV set’s own upscaling of HD content produces similar results, except for the HDR enhancements.

As most of you know, I haven’t been using my vintage third generation Apple TV since late 2017. When VIZIO sent me a 4K TV for long-term review, I tried out its embedded SmartCast app, which is based on Google Chromecast. My iTunes movie library is scant, and it was easily transferred to Movies Anywhere so I can play them on almost any streaming device. The VIZIO remote offers one-touch access to Netflix, Hulu, VUDU and other services with a decent interface.

If the price of an Apple TV 4K was cut in half, I still wouldn’t buy one even if I had the spare cash, and I suspect a lot of devoted Apple customers have come to the same decision for various reasons.

So what is Apple to do, other than cutting the price to a sensible level?

It’s doubtful Apple will join its competitors and license Apple TV technology to a TV set. I actually think it would be a good idea, but would probably work only if tvOS took over a TV’s interface completely. Coming up with something similar CarPlay is a half-baked solution.

Is there another alternative for Apple?

Well, apparently there is, although it apparently involves sometimes giving an Apple TV 4K away. This is what DirecTV apparently did for a while to launch its NOW! streaming service. If you signed up for three months at $35 per month, and paid the total of $105 in advance, a 32GB Apple TV came along with the package. To some, it was a great way to get one cheap, since there was no requirement to keep the service after that period.

Just recently, I read a report that Charter TV, the second largest cable provider in the U.S., will offer an Apple TV 4K to pay-TV customers along with a Spectrum TV app. This means you may be able to bypass the service’s own DVR. I am not at all sure whether it’ll be offered for sale, for rent, or both.

According to a published report from Bloomberg, Verizon plans to offer an Apple TV or Google TV when it rolls out its 5G broadband to homes, which is due later this year. I’m not at all sure how an Apple TV will be offered, and whether it will embed a Verizon app of some sort with a streaming service offering.

I suppose it’s possible that Apple is poised to launch its own streaming service, something rumored for years before it was reported that it couldn’t strike deals with the entertainment industry. But with Apple busy creating original TV shows, maybe there will be an offering that will mix content from iTunes, including TV shows, with the new programming. That is if Apple doesn’t make it part of Apple Music.

But is giving away an Apple TV as a premium for pay-TV systems, or allowing them to offer it cheaply, going to save the Apple TV? Consider the value of replacing set-top boxes with an Apple gadget that offers a custom app to navigate these services and manage time-shifting.

That might be a worthy goal, one that will save Apple TV. If I had the choice, the Apple TV 4K would probably be superior to the set-top boxes from the cable and satellite providers. Well, if