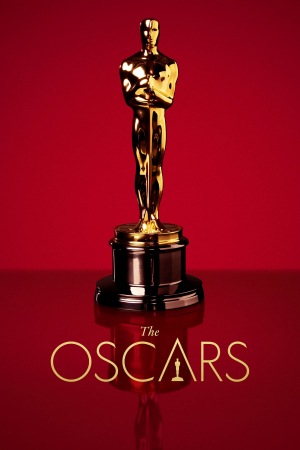 This year’s Oscar nominations are locked in. As someone who worked on and off in film, video and TV production for 20+ years and has “starred” five thousand movies on Netflix, I usually have plenty to bemoan about after reading said nominations. This year surprises me. This year I’m more like, “Yeah, I guess that mostly looks okay to me and my snotty ass opinion.” Although, I must say that it is certainly an odd choice (at least, so far) to go without a host this year. We’ll see how well that goes. Hopefully, better than the last time the Oscars went without a host (back in 1989.)

It’s that last one that made me actually go, “Wait. What? Really?”

Yes, really! After 50 years in the industry and having acted in about 100 films and TV shows we will now see the (kind of annoying) Academy Award Nominee (or, probably - winner) moniker in front of Sam Elliott’s name, too. I really do love him as an actor. And I love him even more for the fact that, when Elliott first learned of his nomination he jokingly said, “It’s about fucking time.”

Indeed it is. (And he’s probably going to win).

All that interesting stuff being said, it really does seem like a typical Oscar year with some obvious front runners. A Star is Born is going to win a lot when the awards should probably go to Roma. Although, in terms of A Star is Born, which I liked just fine (but do NOT buy the ending, like - at all!), how a movie can have three best actor nominations, a best screenplay nomination AND be nominated for Best Picture without having a Best Directing nod is, frankly, absurd.

But, whatever. It’s not like they need to check with my snotty ass opinion before they make their list of potential nominees. (But, they totally should).

Aside from that, I’m really hoping that “Spider-Man: Into the Spider Verse” pulls out a win against the (Pretty Much Always The Winner!) Pixar film. If you have not yet seen the new animated Spider-Man flick, you should. It really is a charming and delightful “for the entire family,” kind of movie.

Oh yeah, and another first - First Time Meryl Streep has NOT been nominated for Best Actress. (Okay, that’s not actually true, but still - you all know what I’m talking about).

But, for the record, Trump is wrong. She is NOT way overrated. She’s, bloody, great! And she probably should have like, ten Oscars by now. But whatever, Again, they don’t ask for my opinion.

Bradley Cooper, “A Star Is Born”

Lady Gaga, “A Star Is Born”

Melissa McCarthy, “Can You Ever Forgive Me?”

Sam Elliott, “A Star Is Born”

Richard E. Grant, “Can You Ever Forgive Me?”

“Can You Ever Forgive Me?,” Nicole Holofcener and Jeff Whitty

“A Star Is Born,” Eric Roth, Bradley Cooper, Will Fetters

“A Star Is Born,” Matthew Libatique

“Of Fathers and Sons,” Talal Derki

“A Night at the Garden,” Marshall Curry

“All The Stars” from “Black Panther” by Kendrick Lamar, SZA