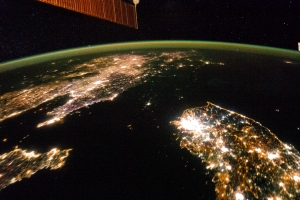 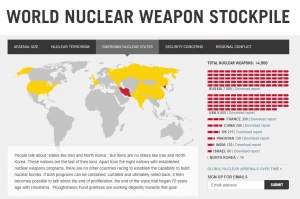 Addressing the United Nations for the first time, Donald Trump’s mouth brought the nuclear threat level to its highest point since the Cold War. Trump threatened to “totally destroy” North Korea if it continues its pursuit of nuclear weaponry capable of attacking American soil and said he wouldn’t hesitate to act alone. He should hesitate, however.

Dictators with Dicks: The Age-old Problem

We’ve known this to be Trump’s stance since the featherweight, dick-measuring contest began between “Tiny Hands” Trump and North Korean dictator “Rocket Man” Kim Jong-un. Trump said Kim was on a suicide mission during his address to the UN, and he’s right. Kim’s life and the life of every North Korean depends on how comfortable Kim is in his own pants, which probably doesn’t leave many North Koreans comfortable.

The whole situation is terrible for North Koreans and has been since their “liberation” from Imperial Japan by the Soviets as a result of World War II. The communist Soviet Union and capitalist U.S. failed to negotiate a future for a united Korea during the Cold War, so Korea remains divided with the two Koreas still technically at war. But there’s no satisfaction for Kim in attacking South Korea -- only a successful attack on American soil will satisfy him.

Given the living conditions of North Koreans, consisting mostly of back-breaking work done despite so few calories consumed, we have a sense of how little Kim values the lives of his people. There is just one thing that concerns a dictator, and that’s the dynastic legacy. Kim has already starved his people to death and likely had his own brother killed, so Kim has played the part of ruthless dictator pretty well as far as Kim standards go. His father would be proud.

But if North Korea wages a devastating attack on the capitalist dogs, the Kim Dynasty and Kim Jong-un will be forever remembered as the rogue nation that got to the Americans. Kim has to decide whether the 160,000 American civilians and 7,000 American military personnel in Guam are worth the lives of roughly 25 million North Koreans. Kim could have attacked Guam yesterday, so it’s unlikely that’s his preferred target. It’s just one Kim can threaten right now.

A preventative attack on Pyongyang won’t necessarily prevent anything at all. If there’s anything we can assume, it’s that Kim has taken extreme measures to protect and preserve his ability to wage war. If America attacks first, Kim will go underground and be even more dangerous.

If the hunt for Osama bin Laden is any indication, Kim Jong-un should be well protected from a nuclear attack on North Korea. If an unorganized, terrorist organization relying on caves and flip phones can protect the most hunted man in the world for a decade, the North Korean military can protect Kim Jong-un for longer, even from a nuclear attack. It will be a bullet or a noose (or old age) that ends Kim Jong-un -- not a bomb.

In the latest collection of interviews entitled Optimism Over Despair: On Capitalism, Empire, and Social Change, Noam Chomsky explains this ridiculousness thusly: “It is quite remarkable to see how little concern top planners show for the prospects of their own destruction...there was no plan, not even a thought, of reaching a treaty agreement that would have banned these weapons, though there is good reason to believe that it might have been feasible. The same attitudes prevail right to the present… (60).”

The only way to assure nuclear attacks won’t occur is to do away with every nuclear weapon in the world, but no country -- especially the United States  -- is considering disarmament at a time like this, even if it should.

This is a moment when Trump and America need a little help from its friends. UN sanctions on North Korean trade won’t be enough to slow the country’s growing weapons collection. Trump even chastised Russia and China for continuing to do business with North Korea. China represents almost 85 percent of all North Korean trade, and 24 percent of Russia’s exports to North Korea are refined petroleum products that fuel the country’s missile and nuclear arms program.

Working with China and Russia

China can’t be guaranteed that they won’t be attacked if they were to cut off just the .18 percent of its imports from and .28 percent of its exports to North Korea. That’s a total of just $5.29 billion in trade for a country that does over a trillion dollars in both imports and exports annually.

China desperately needs American investments in Chinese businesses to increase. Foreign domestic investment in China in 2016 was $170.557 billion -- the lowest it’s been since 2009. Now Trump can’t guarantee more American money will be invested in Chinese businesses if China stops trading with North Korea. Hell, he couldn’t say a bad word about Nazis and saw his entire business advisory councils resign. But he can close a business deal, allegedly, so this is an opportunity for Trump to do what he does best: collect and spend money.

For that $5.29 billion in trade China will have to find elsewhere, Trump should offer a bit of an investment in the country that struggles to attract foreign investors due to its state-controlled economy. There’s enough money in the White House and Congress to do so.

In 2011, the total net worth of the entire U.S. Congress was just under $5 billion, so there’s plenty of money that could be put together as an investment in Chinese businesses in exchange for them crippling North Korean trade. The problem with this option is it makes Kim Jong-un and North Koreans even more desperate and, perhaps, more war-willing.

Russia holds the key to the end of the North Korean conflict. Losing Russia as a trade partner won’t likely make the lives of North Koreans much worse, but it will slow the military’s “progress” towards a nuclear weapon that can reach American soil.

Russia’s exports to North Korea constitute .025 percent of all of its exports, but as I mentioned earlier, it’s what they export to North Korea that matters. With U.S. sanctions already in place against Russia for many reasons, there’s plenty of negotiating that could be done to get Russia on America’s side against North Korea. Some of those sanctions might even have an adverse effect on the rest of Europe, so there’s much for Vladimir Putin and Trump to discuss besides Russia’s involvement in the 2016 Presidential Election.