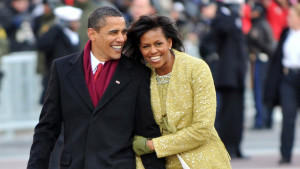 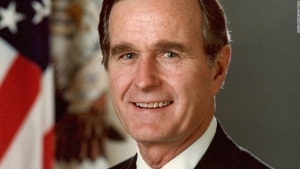 Late Friday on Nov, 30th, President George W. Bush (43) announced that his father had passed away at the age of 94. The Bush Presidential Center delivered this tweet:

“Jeb, Neil, Marvin, Doro and I are saddened to announce that after 94 remarkable years our dear dad has died. George H. W. Bush was a man of the highest character and the best dad a son or daughter could ask for. The entire family is deeply grateful for 41’s life and love, for the compassion of those who have cared and prayed for dad, and for the condolences of our friends and fellow citizens. -  George W. Bush”

Back in April, George H.W. Bush, the 41st President of the United States, lost his wife of 73 years. And, you know what they say after you lose the love of your life. You’ll probably not be far behind.

President Bush (41), as you probably already know, had a long career in public service and politics. He was a war veteran from WWII, a Congressman, a diplomat, the CIA chief, Vice President and President.

Honestly, I don’t know much about other than very widely known public knowledge.  I was a teenager when he was President and, as you all know, teenagers usually don’t give much a damn about politics. And I always feel like, the moment someone dies they are vilified or sainted unfairly in either direction. So, I won’t elaborate much on his life one way or another, but I did just find out that after Bush Sr. lost re-election in 1992 to an upstart Arkansas Governor, Bush Sr. wrote this letter to incoming President Bill Clinton:

When I walked into this office just now I felt the same sense of wonder and respect that I felt four years ago. I know you will feel that, too.

I wish you great happiness here. I never felt the loneliness some Presidents have described.

There will be very tough times, made even more difficult by criticism you may not think is fair. I'm not a very good one to give advice; but just don't let the critics discourage you or push you off course.

You will be our President when you read this note. I wish you well. I wish your family well.

Your success now is our country's success. I am rooting hard for you.

Can you imagine our current Republican President writing anything as classy? Maybe you can, but I certainly can not. In fact, the editorial board over at the NY Times put together a nice piece about this very idea and on 41’s life. Their lead:

“Historians will measure the presidency of George H.W. Bush in familiar ways — by how well or poorly he managed the major domestic and international challenges of his time, his leadership qualities, the moral and social legacies he left for future generations.

Yet, at the moment of his passing, it is difficult not to take note of the profound differences between the 41st president of the United States and the current occupant of the White House, Donald Trump. Beyond a desire to be president — Mr. Bush was more competitive and ambitious than his self-effacing personality sometimes suggested — there is almost nothing in common: the one gracious and modest, the other rude and vain; the one prudent, the other brash; the one steady, the other unmoored.”