We need to do more to serve our country 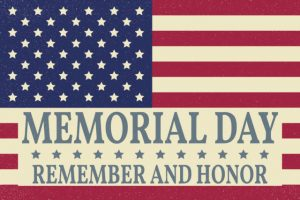 I hope everyone enjoyed their recent Memorial Day weekend.  Many Louisianans were vacationing over the long holiday or enjoying a cookout with family and friends.  Many stores held sales advertising for us to have a “Happy Memorial Day.”  All well and good, but what about the real purpose of this special day?

Many of us don’t even know the difference between Memorial Day (honoring those who died defending our country) and Veterans Day (honoring all service men and women).  Only 5% of Americans attended local military events or parades.  I joined a sparsely attended gathering Memorial Day at the USS Kidd in Baton Rouge.  Is it enough to holler USA at sporting events, or to say “Thank you for your service” when you see a service man or women in uniform?  Should Americans be required to do more?

In 1967, I was 27 years old and newly married with my first child on the way. So I was draft exempt, with no legal requirement to join the service.  Maybe I did not have a legal obligation, but what about a moral responsibility to serve my country in the time of war?

I come from a long line of distinguished military officers who never hesitated to serve their country. They did not try to find ways to sidestep such service like so many others, including most of our politicians today as well as several recent presidents.

Relatives on both sides of my family served their country with honor and distinction.  My first father-in-law Dick Campbell who was an ace fighter pilot, rose to the rank of full colonel in the Army, and twice escaped from German prison camps. My Dad stayed stateside coordinating military transportation coast to coast for the Army.  Second father-in-law Teddy Solomon was sent by the Army to the South Pacific. My younger brother Jack volunteered and joined the National Guard for a six-year hitch.

My mother’s brother had quite a navel military career.  In the final months of World War II, Commander Jack Gentry was flying a reconnaissance mission over the Pacific when his flight cameras captured photos of the Japanese flotilla. He made the cover of Life Magazine as his pictures allowed a direct attack on the enemy fleet that sped up the ending of the war with Japan. He went on to command the battleship USS Enterprise until his retirement from the Navy in the 1960s.

With this strong family military background, I felt an obligation to continue the service to my country. I make no bones about the fact that I feel every American should either serve in the military or perform voluntary service in the city or state where they live. The American flag flies outside my home 365 days a year. I wear my military dog tags while I broadcast my syndicated radio program each week (NG25520050).

This is not an effort to pat myself on my back. Like so many other young men and women who love their country, it was something I felt a strong obligation to do. So despite the fact that I was draft exempt, I signed up for service in the Army, then stayed for ten additional years in the Louisiana National Guard.

Our nation has been at war in Iraq and Afghanistan going on two decades.  Yet many Americans look on war as a spectator sport.  So few have any real skin in the game.

I recently read a book by military scholar George Wilson called “The Mud Soldiers,” where he laments over the problems with an all-volunteer army.  He quotes Vietnam veteran Col. Steve Siegfried who states: “Armies don’t fight wars. Countries fight wars….. Yes a country fights a war. If it doesn’t, then we shouldn’t send an army.

War should be every citizen’s business.  We should all perform some volunteer service, military or otherwise.  This should be an easy decision if we love our country and care about our freedom.