While MLS Thrives in Minnesota, Miami's MLS Hopes are Drowning in Loria's Wake 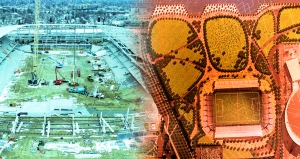 Despite the Land of 10,000 Lakes losing the second-winningest NBA franchise to a place with roughly as many lakes as Lakers in uniform, Minnesota has managed to become a mini-Mecca of American sports entertainment. In the Twin Cities of Minneapolis and St. Paul, Minn., you can see the Minnesota Twins and St. Paul Saints play professional baseball, watch one of the best women’s professional basketball teams, see one of the best American football teams and catch the Loons playing Major League Soccer—all in a three-day weekend. The same cannot be said for a much larger and more diverse market in Miami, and their respective histories of stadium funding and construction might have everything to do with it.

In April of 2018, Minnesota had four professional sports teams in action for the first time ever, two of which were in the playoffs. The “Minneapolis Miracle” at U.S. Bank Stadium on Jan. 14 served as a coming out party for Minnesota sports on the national stage. Relative to the “big four” sports leagues, the Minnesota Lynx quietly collected Women’s National Basketball Association (WNBA) championships in four of the past eight years. Despite it being the top league of its kind in the world, a dynastic WNBA team hardly nudged the needle gauging national interest.

However, adding a team from MLS, widely considered the fifth-best soccer league in the world, was such a good idea Vikings owners Mark and Zygi Wilf got written permission to pursue the opportunity when seeking approval for construction of U.S. Bank Stadium. The bill passed by the Minnesota Legislature in May 2012 included a clause allowing the Wilf’s to pursue an MLS franchise to play in their new stadium for up to five years. That’s not how it went down, but the Minnesota United Football Club (MNUFC) group fast-tracked its way to an MLS franchise regardless, while a larger, more soccer-friendly population in Miami is still waiting.

You might be wondering how the roughly 3.5 million residents of the Minneapolis-St. Paul area and the modest reach of its 15th-ranked media market manage to support seven professional sports teams including the independent league St. Paul Saints baseball team. But what makes it possible now has a lot to do with what’s happened in the past.

When the roof of the Metrodome collapsed for a fifth time in 2010, its deflation left Minnesotans deflated. The amount of air Minnesotans collectively sighed over the thought of paying for another stadium would have raised the roof of the Metrodome. The residents and visitors of Hennepin County had just contributed $350 million, or 63 percent of the funding for Target Field’s construction through a county-wide, 0.15-percent sales tax hike. The timing couldn’t have been worse for the Wilfs, but at least the Twins didn’t give Twin Cities’ residents a reason to resist stadium construction like Marlins owner Jeffrey Loria did in Miami.

Miami, a city with almost twice the population as the Twin Cities and a diverse population prime for MLS action, has a worse media market ranking than Minneapolis-St. Paul (16th-ranked). But the proximity of sports media competitors in Tampa-St. Petersburg (13th-ranked) and Orlando (18th-ranked) isn’t the reason for the struggles of David Beckham’s MLS investment group in Miami.

Like the Metrodome, the Marlins former home was an all-purpose stadium not meant for baseball. And like Target Field, Marlins Park had support of Miamians—as long as they didn’t have to pay for it. Despite both of these teams being guilty of fielding uncompetitive rosters for years, they both had two, relatively recent World Series Championships to ease the pain somewhat. The Marlins’ 2003 championship spurred the City of Miami to propose the construction of a baseball-only stadium next to the Miami Orange Bowl.

Miami-Dade County was more forthcoming with funding than the City of Miami, proposing a $420-plus million stadium at the Orange Bowl location. But the State of Florida and City of Miami resisted, sparking rumors of the Marlins relocating just as Loria’s last team, the Montreal Expos, did prior to Loria receiving (he didn’t put a dime down) ownership of the Marlins from then-commissioner Bud Selig to replace Loria’s failed business. This didn’t help soothe the anxiety of fans who saw their championship roster disappear over the course of two very bad seasons.

On Feb. 21, 2008, MLB COO Bob DuPuy threatened that if a decision wasn’t made with regards to funding a stadium for the Marlins that very night, it would be “the death knell for baseball in Miami.” Hours later funding was approved by the City of Miami and the County Commissioners for a $525 million home for the Marlins. The plan called for Miami-Dade County residents to flip just $50 million of the bill, with $297 million coming from tourist taxes. The City of Miami would incur $127 million in stadium-related costs.

The finalized deal, however, was for a $634-million stadium, 80 percent of which would be publicly funded. With interest compounding over 40 years, the actual cost to the county to repay the $409 million in bonds would be roughly $2.4 billion. The combined expenses incurred by the city and county for the construction of Marlins Park total $2.61 billion through 2049. Loria just sold the team for $1.2 billion, claiming a loss of $141 million, which would not only allow him to avoid paying the five percent of the sale's proceeds to the public that was agreed upon, but entitle him to the $50 million held in escrow for the city and county.

Like Loria’s Expos, the Twins were an alleged target for contraction for low revenue generation and the inability to get a new stadium built. But Govornor Jesse Ventura and the Minnesota Legislature did manage to agree on a ballpark funding proposal, and the Twins played the 2003 season and six more in the Metrodome. Target Field construction didn’t begin until May 2007, but Hennepin County taxpayers hardly noticed the 0.15 sales tax increase and probably thought it was worth it upon seeing the completed structure. It showed in the sixth-ranked attendance during Target Field’s inaugural season.

The same cannot be said for Marlins Park, where despite its shiny new digs and dancing marlin statue, the Marlins christened their new ballpark by finishing 18th in attendance.

When it comes to the Wilfs building the best stadium experience in sports, they have the Pohlads and Target Field to thank. Had the Twins saddled the county with billion-dollar debts or built a lemon, U.S. Bank Stadium might have been built for the Las Vegas Vikings. The environment the Pohlads left the Wilfs was as squeaky clean and inviting as the windows that had to be replaced on U.S. Bank Stadium because birds kept flying into them.

The Wilfs didn’t build U.S. Bank Stadium quite as clean and easy as the Pohlads did Target Field. Through infrastructure expenditures and other stadium-related spending, both the state and city have exceeded their respective $348-million and $150-million contribution limits that are called for in the state law governing the stadium deal. Also, Minnesota House Republicans want to spend $26 million in the stadium’s reserve fund, reserved in case the state is unable to pay its share of the stadium debt, to build veterans homes. But the Wilfs didn’t leave a wake like Loria’s.

While Beckham and his investors must now convince Miami voters to let them build a billion-dollar MLS soccer and commercial complex before the midterm elections despite it costing taxpayers nothing, MNUFC will move into its new, privately-funded stadium in St. Paul next season, it's third in MLS. Again, Loria’s wake has altered all boats in its path, regardless of the boat’s size or the size of its passengers’ pocketbooks.

MNUFC’s Allianz Field cost just $190 million, so not only did the MNUFC ownership group bring MLS to Minnesota swiftly but thriftly. The MNUFC group didn’t even have to put out any golf cart fires.

In December 2013, Miami-Dade County commissioners voted unanimously to allow Mayor Carlos A. Giménez to negotiate with David Beckham’s group of investors looking to bring MLS to Miami. Almost five years later, the hopes and dreams of David Beckham’s Miami MLS investment group are in the hands of understandably skeptical Miami voters, and they have to spend $35 million to clean up toxic soil and another $25 million to the city for park and walkway projects.

People don't easily forget when they've been swindled by billionaire owners of sports teams to pay for the construction of stadiums. Just ask anyone living in Cincinnati. They were swindled twice, and Miamians aren't going to let that happen. Beckham's group might be promising a privately-funded stadium, but everything, from taxes to fast food, gets more expensive when there's a new stadium to fill. 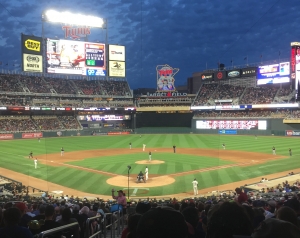