Disrespect for Nadler and Schiff is NOT impeachable.

Before I get into how I think We the People of America should view the perverted version of the Ed Sullivan (or the Jerry Springer, your choice) show in the House of Representatives, I want to give you an update from my subject of last week, the Kabbage company.

After my column appeared, I got a phone call from an executive there and they very graciously acknowledged my point, that as a lender to small business, America’s largest employer, when they make an adverse decision, human beings should be involved.  Ultimately, they were operating on bad artificial intelligence and they fixed it.

That is the hallmark of how good business people operate.  Consider that as you see what the Democrat majority in the House is trying to do to our first businessman President.

And, on that note, let’s talk about Jerry Nadler’s inquisition against the President.

Now, keep in mind, that Nadler’s House Judiciary Committee should have been the committee to pursue the “impeachment” investigation as opposed to Adam Schiff’s House “Intelligence” Committee.

Basically, the Democrats have been thwarted at every turn in their jihad against the President—whose only impeachable offense was to actually win the 2016 election and threaten the status quo of the permanent establishment—and this is just a continuation of their effort to get rid of a threat which has put the establishment of both parties on Defcon Two.

They think that this…businessman…may be the President but he’s certainly not really the …President…and he can’t really make his own foreign policy.

Folks, what it gets down to is that people like Schiff, Nadler and the diplocrats I mentioned above think we’re stupid.  Just like Hillary Clinton did.

They think—and sometimes actually come out and say—that we simply cannot be entrusted with the election of a President.  That’s why they want to get rid of the Electoral College—so our votes would mean nothing.

Fortunately, the Republicans control the Senate.  And when this show gets to the Senate, it will be like a little league baseball team taking on the Yankees.

Since Watergate, we have always known that the impeachment process is completely political.  But, even in the Clinton mess, at least there was a violation of the law, even though it was a mistake on the part of the Republicans to use it as a political cudgel.  Lying about your sex life is no more an impeachable offense than having no respect for Nadler.  Or Schiff.

If, as the President has said, impeachment is simply going to become a part of the tool box for the most vicious of the elements of both parties, then we need to give them the political scare of their lives—kind of like Boris Johnson just gave the Labour party in Britain.

There is a classic example of what happens when you use political tricks to ignore the will of the people.  Three years ago, the people in Great Britain voted to get out of the European Union.  The Parliament screwed around for three years.  Finally, the people had enough and in the recent election gave Prime Minister Boris Johnson a massive majority with instructions to get-r-done as Larry the Cable Guy would say it.

If the morons I wrote of above keep it up here, what do you think might happen in November of 2020? 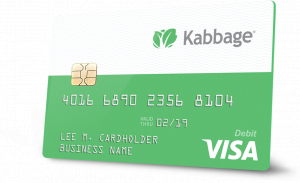 For a long time, I have mostly written in this space about the ridiculous Democrats in the House who, tilting at left-wing partisan windmills, are heading in the direction of impeaching President Trump thus almost guaranteeing his re-election in 2020 since there is no chance the Senate will remove him.

This week, however, I have stumbled into an equally ridicules situation which has no relationship with what is currently happening in Washington but could have a serious impact on America’s largest employer—small business.

You may have seen some TV commercials for a non-bank lender named Kabbage.  It features actor Gary Cole playing a spokesman from 10 minutes in the future talking to some small business people.  After they get the funding they needed, Cole pops in as even further in the future after they got the Gundelfinger Account.

My company has used Kabbage for something like three years.

It’s not a huge credit line but we have made every payment on a timely basis and they have never had any problem with us.

On December 2, we made our normal monthly payment.  A few days later, I checked to make sure it was recorded properly.  It was.  But there was a note on the app screen which said, “You are not currently eligible to take a loan.  Call us at 88xx-xxxx to fix this issue.”

What they told me was that there was a 60 day hold on our account, the computer makes these decisions and there is no appeal because they don’t know the reason that the computer made the decision.

I asked to speak to an executive who authorized the computer to make that decision.

“Sir,” said the young lady, “That team is not customer facing.”

But good business practice dictates that if you make a decision like that—which, by the way, you have every right to make—you pick up the phone and FACE THE CUSTOMER!  Maybe your precious computer got the wrong—or no—information.

Kabbage is part of a new group of financial institutions called fintech.

They have a proprietary algorithm so they can evaluate risk and make loans fast.

That’s all well and good.  And, as welcome as that may be to help fund America’s largest employer, a lender you cannot talk to is nobody you want to do business with.

Suppose, as an example, you are coming up on a payroll and are just a bit short—something which is not unusual in the wide world of small business.  You know you have that available in your Kabbage line.  Only, when you go to use it, there’s a note, placed there by a computer for a reason nobody knows that you cannot use the money.  That’s the sort of thing that can break a small business.

What was point number two that I was going to make?

Only that I made it clear that I was not mad at the nice young customer facing lady.  I was mad at her company and then only because information is as important as cash in small business and if Kabbage can’t tell you why, it’s very difficult to want to continue to do business with them—even after the 60 day hold is over.  Resigning the Gundelfinger account is a real possibility.

Now, we can get back to politics.  But I’ll bet that Kabbage CEO Rob Frohwein will see the logic in fixing this problem long before the Democrat morons in the House figure out that they are hamsters making the wheel go around.  And I mean no insult to hamsters.