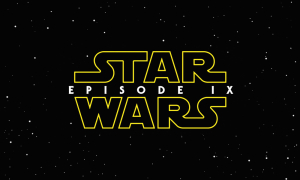 It’s official. This weekend at the Star Wars Celebration Chicago, Disney confirmed the official subtitle of Star Wars Episode IX will be, “The Rise of Skywalker.” But, who is the “Skywalker” in question? It’s been confirmed in the previous film, The Last Jedi - that Rey’s parents were nobodies so - are we about to see JJ Abrams (writer / director of the The Force Awakens and the upcoming film, “Rise of Skywalker”) doing a slight rewrite on the previous film? Perhaps the information that Rey was told - was a lie? I mean, it did come from a dude who is full on Dark Jedi. Or, maybe it’s a literal title and that one of our old Skywalkers from the past - will rise?

Technically, Leia’s character didn’t die even though beloved actor Carrie Fisher passed away. So, Leia can’t be the Skywalker that rises. Or, maybe a brand new Skywalker baby will pop up? And, of course - Kylo Ren is technically in the Skywalker bloodline. So, there's that.

Too many questions, not enough Star Wars answers. I guess we’ll have to wait until Christmas.

Star Wars: Episode IX: The Rise of Skywalker, will bring an end to the saga of the Skywalker family.

For better or worse. 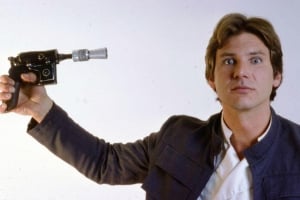 Unless, apparently, you work at Disney Lucasfilm. Where it happens all the time.

So what’s going on over at Disney Lucasfilm?

The simple answer: They keep hiring indie directors who are used to having enormous creative control. Those directors don’t do well when under the microscope of a colossal tent pole franchise construction where everyone wants a piece of the pie.

That being said -- four director replacements in six movies? Are we talking gross management incompetence or are all these changes justified? Or is it both?

Screenwriter Michael Arndt, (Little Miss Sunshine, Toy Story 3), was brought on to Star Wars way back in 2012, and he toiled on the screenplay for almost a year and a half -- and never produced a single complete draft.

By the end of 2013,  JJ Abrams had had enough, stepped in as writer but also hired screenwriter and Star Wars vet -- Lawrence Kasdan (writer: The Empire Strikes Back, Return of the Jedi, Raiders of the Lost Ark). Arndt was out and Abrams and Kasdan hacked out a first draft by January 2014.

It should be noted that Abrams has gone on record to say that while it’s true Arndt never finished a completed draft but Arndt did turn in plenty of notes, treatments & outlines and offered plenty of ideas and input that made it into the final Abrams / Kasdan screenplay.

Arndt discusses with Entertainment Weekly, some of his story problems and the ideas that did not make it into the final draft:

“Early on I tried to write versions of the story where [Rey] is at home, her home is destroyed, and then she goes on the road and meets Luke. And then she goes and kicks the bad guy’s ass, It just never worked and I struggled with this. This was back in 2012. It just felt like every time Luke came in and entered the movie, he just took it over. Suddenly you didn’t care about your main character [Rey] anymore because, ‘Oh fuck, Luke Skywalker’s here. I want to see what he’s going to do.’”

Fair enough. But still. If you work on a screenplay for a year and a half and don’t turn in a single complete draft -- you get fired.

I call this firing: Completely reasonable.

During the 2015 Star Wars Celebration in Anaheim, CA, Lucasfilm set up a panel for directors Gareth Edwards of Rogue One, Monster and Godzilla (2014) and Josh Trank of Untitled Boba Fett feature film, Chronicle and Fantastic Four (2015) to discuss their upcoming Star Wars projects. Mysteriously, Trank no showed. Edwards pushed forward alone. Soon there after we found out that Trank pulled out of the event a two days before when he realized he was getting removed from the Boba Fett film. And, sure enough, a week after the Anaheim celebration, Trank was fired from the Boba Fett feature film.

Trank’s statement at the time:

“After a year of having the incredible honor of developing with the wonderful and talented people at Lucasfilm, I’m making a personal decision to move forward on a different path. I’ve put a tremendous amount of thought into this, and I know deep down in my heart that I want to pursue some original creative opportunities. That said, the Star Wars universe has always been one of my biggest influences, and I couldn’t be more excited to witness its future alongside my millions of fellow Star Wars fans. I want to thank my friends Kathleen Kennedy, Kiri Hart, Simon Kinberg, and everyone at Lucasfilm and Disney for the amazing opportunity to have been a part of this. May the Force be with you all.”

Very polite. But the firing was not surprising. Do a quick Google search on Trank and Fantastic Four and you will find a slew of articles that detail Trank’s erratic behavior on the set of the much maligned F.F. film. It really was no shock to hear he had been fired. In fact, his juvenile antics, his chronic tardiness and absenteeism and, according to many cast and crew members, his unprofessional behavior on the set of the Fant4stic has all but effectively ruined his film career. Trank has had no major studio work since the F.F. and nothing mapped out for him on future charts.

With the horrible stories coming off the F.F. set, it’s not surprising that Disney had cold feet about the young director. The Boba Fett film died with Trank’s departure.

Okay, so -- several months of crazy, bad behavior by immature director and no one wants to work with him ever again?

I call this firing: Completely reasonable.

The co-directors behind the new Han Solo film were replaced after shooting, reportedly, almost eighty percent of the film. This is totally unheard of.

According to the Hollywood Reporter:

“Several sources close to the movie and others close to the directors tell EW that ever since filming began back in February, Lord and Miller, who are known primarily for wry, self-referential comedies like 21 Jump Street and the pilot episodes for Brooklyn Nine-Nine and Last Man on Earth, began steering the Han Solo movie more into the genre of laughs than space fantasy.

For a more detailed view,  I wrote about it a few months ago.  But, basically, the directors ignored the required tone of the film and began to make a screwball comedy. Some of the actors complained to execs and producers. Director were fired. Ron Howard was hired to finish the film.

Now, the director, not anyone else -- creates the tone of the film. UNLESS -- you are making a franchise picture with decades and decades of backstory and baggage. Then the tone is probably set in stone and with that in mind you do what the studio tells you too. On the other hand, the duo directors were well known for their highly improvisational film sets (both the modern 21 Jump Street films).  It’s hard for me to fathom someone hiring directors that are known for improvising vast portions of their film and then -- fire them for improvising vast portions of your film.

I call this one: Partially reasonable.

Technically, Edwards was not fired from the set of Rogue One but he certainly wasn’t in charge of the reshoots -- of the film he directed. Instead, Tony Gilroy (writer/ director: Michael Clayton, screenwriter: The Bourne Trilogy) was assigned to retask Rogue One to make it less grim and give it an entirely new ending. There are enough stories leaked from the set and the editing studio to suggest that a full thirty percent of the film was rewritten and reshot, with the majority of the film’s storyline being rearranged in the final edit.

Disney never confirmed much regarding the hiring of Gilroy and on the movie's changes other than a generic, “All movies have reshoots,”  but -- why would you not let the director of your film -- direct the reshoots? Of the film he directed?

There really is only one answer -- Disney was not confident Edwards was the right director for the job (or, perhaps, in the first place).

Word on the interwebs is that Edwards just went too far in making his gritty, realistic space war movie and ignored the principal reason he was there -- to make a Star Wars movie. So Disney brought in someone else to do it "right."

Edwards worked on this film for three years. I find it unlikely that, suddenly, at the very end of principal photography, execs at Lucasfilm were like, “Wait-a-minute! This isn’t what we wanted.” How the hell did it take execs two years of pre production, an entire year of principal photography and then multiple edits in order to figure this out?  Besides, Edwards delivered the film -- he always told Disney he was going to deliver! From day one Edwards called it a “gritty, realistic space war film.” And then he gave Disney just that.

And then they gave his job to someone else.

I call this one: A mixed bag but probably; partially reasonable.

Back full circle. Another director fired. Another screenwriter fired. According to The Hollywood Reporter, Trevorrow (Safety Not Guaranteed, Jurassic World) turned in multiple drafts but no one at Disney was satisfied with the work.

So they brought in another writer, English playwright and TV scriptwriter, Jack Thorne (Harry Potter and the Cursed Child, Skins, Shameless). When Disney decided to let Trevorrow go for “creative differences,” Abrams stepped in and teamed with screenwriter Chris Terrio (writer: Argo, Batman vs. Superman and Justice League), which means Thorne was let go.

Disney is being very tight lipped about all the changes up to and including the recent Star Wars Episode IX shake up. No one knows, yet, if any work from the Trevorrow / Thorne drafts will be kept or if everything will be trashed and Abrams / Terrio will start from scratch.

Another Disney-Lucasfilm dust up. To be honest, I'm sure there will be many more to come.

I call this one: Not enough information to judge. Yet.