New research warns against taking aspirin unless recommended by a provider 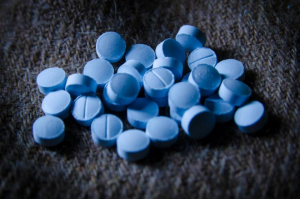 Harvard researchers warn that 30 million Americans are taking aspirin for prevention of heart disease when they could be putting themselves at risk for other serious diseases.

They estimate that 1/5 of these individuals took aspirin on their own without a doctor’s order.

Although aspirin use is recommended for secondary prevention of future heart attacks and ischemic stroke in those at risk of having a future episode, primary prevention (in those who have never had an attack) is still debated.

One study last year found minimal benefit if at all for primary prevention in low risk individuals.  Many experts say the risk of gastrointestinal bleeding, heart disease, hemorrhagic stroke and kidney disease outweigh the benefits.

The latest guidelines from the American College of Cardiology states the following in terms of aspirin for prevention of heart disease:

FOR DECADES, LOW-DOSE ASPIRIN (75-100 MG WITH US 81 MG/DAY) HAS BEEN WIDELY ADMINISTERED FOR ASCVD PREVENTION. BY IRREVERSIBLY INHIBITING PLATELET FUNCTION, ASPIRIN REDUCES RISK OF ATHEROTHROMBOSIS BUT AT THE RISK OF BLEEDING, PARTICULARLY IN THE GASTROINTESTINAL (GI) TRACT. ASPIRIN IS WELL ESTABLISHED FOR SECONDARY PREVENTION OF ASCVD AND IS WIDELY RECOMMENDED FOR THIS INDICATION, BUT RECENT STUDIES HAVE SHOWN THAT IN THE MODERN ERA, ASPIRIN SHOULD NOT BE USED IN THE ROUTINE PRIMARY PREVENTION OF ASCVD DUE TO LACK OF NET BENEFIT. MOST IMPORTANT IS TO AVOID ASPIRIN IN PERSONS WITH INCREASED RISK OF BLEEDING INCLUDING A HISTORY OF GI BLEEDING OR PEPTIC ULCER DISEASE, BLEEDING FROM OTHER SITES, AGE >70 YEARS, THROMBOCYTOPENIA, COAGULOPATHY, CHRONIC KIDNEY DISEASE, AND CONCURRENT USE OF NONSTEROIDAL ANTI-INFLAMMATORY DRUGS, STEROIDS, AND ANTICOAGULANTS. THE FOLLOWING ARE RECOMMENDATIONS BASED ON META-ANALYSIS AND THREE RECENT TRIALS:

A report published in the American Heart Association’s Heart and Stroke Statistics annual report cited 48% of US adults have some type of cardiovascular disease.

The uptick could be due to rising obesity, and lowering thresholds for diagnosing guidelines such as high blood pressure (now considered high if over 130/80).

Although smoking rates have declined over the years, many still use tobacco and recent research has found E-cigs to increase risk of heart attack and stroke by 70%.

Ischemic strokes are more common than the latter and occur when a clot prevents blood flow to part of the brain.  80% of all strokes fall under ischemic.  It is likened to a heart attack, except the brain tissue is being deprived of blood and nutrients.  Plaques commonly arise from arteriosclerosis that break off travel to the smaller vessels of the brain.

If the stroke was caused by a clot (ischemic) immediate treatment includes dissolving/removing the clot.   Aspirin is used initially and if within the proper time frame, tissue plasminogen activator (TPA).  These clots can also be surgically removed and arteries widened to bring blood flow to the brain.

With a hemorrhagic  stroke, we need to stop the bleeding and improve flow to the brain.  Controlling the bleed, bypassing the vessel, “clogging” the aneurysm with techniques such as “coiling” (endovascular embolization) are sometimes utilized.

Firstly, we must know our risk factors. These include:

and even short stature has been cited as a potential risk factor.

As you can see, many of us can be at risk for heart disease.  Therefore, secondly, we should be evaluated with an EKG, echocardiogram and any other exams our medical provider and/or cardiologist deem necessary.