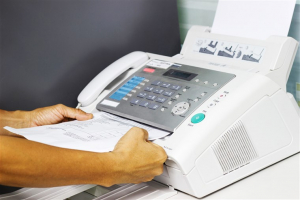 Once upon a time, I had three “full service” phone numbers, plus my mobile number. Two (including the mobile number) were used for business, another number for personal calls, and the last for faxing.

Faxes, of course, are yesterday’s news for the most part. But some companies and some individuals still use them, so I needed that capability. I also wanted to keep the other phone numbers active to separate personal and business activities.

But there was the cost of maintaining extra phone numbers, and I wanted to cut costs. My solution is as economical as I can make it without giving up those numbers and faxing capability.

So my fax number has been ported to Metrofax, but I got a somewhat better deal than the ones advertised. Their cheapest listed package, Essential, is $9.95 per month for up to 500 pages, but I was able to order a cheaper package, limited to maybe 100 pages or so, for $4.00 per month. I have to pay fees for extra faxes, but I’ll never exceed the limit.

Eventually, when the rare need for fax capability is gone and forgotten, I’ll terminate that number.

But what about the others?

One of the better VoIP phone providers, Voipo, offers a Could VoIP Phone Service for $4.95 a month. You get 500 incoming calls free per month and you pay one cent per minute for calls forwarded to another number. At worst, it’ll never be more than a dollar or two extra a month. So I ordered up two of these packages for two of the phone numbers, which were easily ported to the service. Calls from the personal number are forwarded to my iPhone.

The business number? Well, I also signed up for Google Voice, which is free for incoming calls and call forwarding. It sets up a valet or call screening system, so I know who is calling my business line, which forwards to the service. I also have the free Google Voice number. In turn, the screened calls go to my iPhone, and the phone screener alerts me that I’m receiving a business call.

So I have a grand total of four phone numbers (including Google Voice) for $13.90 per month above my wireless bill. Plus, as I said, another dollar or two for incoming calls from the cloud numbers.

At some point, I’ll kill the personal number and, as I said, the fax number, when they are no longer needed.

Now when it comes to printing, I long ago realized that there was no paperless revolution. Sure, magazines and newspapers have largely gone digital, but there are times when a hard copy is needed, so I had to get a printer.

The ideal solution is a black-and-white laser printer. It is much faster than the typical low-cost inkjet, and consumables are far cheaper per page. My Brother HL-L5100dn cost maybe $150 when I bought it several years ago. It appears to have been discontinued, but there is a similar HL-L5200DW for $169.99 available now at Amazon. The original and the new model promise print speeds of up to 42ppm. In the real world, you might get 25-30 based on my estimates.

Now the big expense for a laser printer, as with the inkjet alternative, is toner. If you buy the OEM (Brother) version, Amazon sells the required TN850 cartridge for $109.99 with a rating of up to 8,000 copies. But I learned long ago that third-party toner can be had for a fraction of that price. While your mileage may vary, most of the ones I’ve tried provide print quality just about as good as Brother’s cartridge.

Prices are usually in the $30 range for a TN850 compatible. I recently found a Kingjet compatible priced at $17.99 for a pair of cartridges. I’m still using the second, but it’s not listed as available at Amazon right now. So the best I found, in terms of price, was an EasyPrint selling for $17.83 for a single cartridge. But the product doesn’t have any customer ratings yet, and I’d suggest you read the reviews carefully before buying a compatible replacement for any printer.

For now, until the second Kingston cartridge is spent, I’m paying less than two-tenths of a cent per page, and I buy the very cheapest copying paper I can find.

In order to complete a recent project, though, I needed a printer with copying and scanning capability. I wanted to do it on the cheap, too, and I found a suitable machine. HP makes some of the best printers in the business, and their OfficeJet 3830 All-in-One is an ideal choice with a condition I’ll explain shortly. I was able to find it at Amazon for $49.89; it’s now $69.89.

You can save roughly 50% on third-party ink. Unfortunately, I’ve had bad luck with compatibles for inkjets. But HP has a special service where you can actually save a lot of money on OEM consumables. It’s HP Instant Ink, and you pay monthly for a fixed number of copies. The supplied ink cartridges have a higher capability than the store-bought ones, according to HP, and they are shipped to you before you need them. It’s based on the number of copies you print.

So I’m saving a lot compared to Consumer Reports’ estimates, which I’ll take as accurate.

Now getting color prints for pennies a page is a great deal, and is well worth considering. Yet there is an even more efficient option, a printer with refillable ink tanks, such as the Epson EcoTank ET-2720 Wireless All-In-One, which sells for $179.99 at Amazon and Best Buy. Replacement ink bottles are $13.97 for each of four colors. Epson rates yield from these ink bottles as sufficient to print 4,000 to 6,500 copies; it’s one-and-a-third cents per page for the former. Now we’re getting somewhere!

But an EcoTank printer has a higher upfront cost than equivalent printers with regular ink cartridges. If you print a lot of copies, thought, it won’t take very long to cover the extra cost. While I haven’t had a chance to test an Epson EcoTank, the company’s products generally get high ratings for print quality and speed.

But with my modest needs, such a printer doesn’t make any sense.

So while some of you might look to spending more money on tech gear and services in 2020, I think I’ve found an affordable solution, at least for now.

Gene Steinberg is a guest contributor to GCN news. His views and opinions, if expressed, are his own. Gene hosts The Paracast - broadcast on Sunday from 3:00am - 6:00am (CST) and is the former host of The Tech Night Owl LIVE, which was on the network for ten years. The Paracast is still nationally syndicated through GCNlive. Gene’s Tech Night Owl Newsletter is a weekly information service of Making The Impossible, Inc. -- Copyright © 1999-2020. Click here to subscribe to Tech Night Owl Newsletter. This article was originally published at Technightowl.com -- reprinted with permission.