The investigation into Hilary Clinton's emails ... has come to a whimpering end. 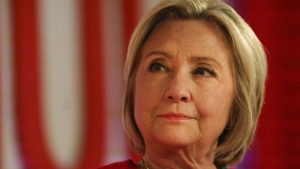 Well, the Hillary “Lock her up!” Clinton email conspiracy has finally come to an end. I hope. I hope it’s finally come to an end.  In a multi year investigation by the State’s Bureau of Diplomatic Security, run by Republicans and led by President Trump just what did they uncover? Well, are you guys old enough to remember when Geraldo Rivera opened Al Capone’s vault?  It was hilarious! You know why? Spoiler Alert: Because it was empty.

So what did the investigation into Hillary’s emails find? Well, I’ll let the report speak for itself, “ … there were some instances of classified information being inappropriately introduced into an unclassified system in furtherance of expedience, by and large, the individuals interviewed were aware of security policies and did their best to implement them in their operations … there was no systemic or deliberate mishandling of classified information by (Clinton) or department employees.”

That’s it. That's the entirety of it.

And this isn’t the first time an investigations said all this. Remember, the FBI came up with the same conclusion two years ago. Not that facts and investigations seem to matter these days.

I mean, there are people living in 2019 that argue the earth is flat. We literally have pictures, from space - disproving them. We also have science, common sense and reason to disprove them, but they ignore all that, so, you would think … actual pictures of the Earth being round would persuade them. Right?

But, nope. They just pretend the pictures are fake.

You can dislike H. Clinton as much as you want. I’m not a huge fan of hers, either. But, I can’t help but notice the stony silence from the WH about the investigation findings. I mean, if they had found anything … and I mean any dirt on Hillary at all … don’t you think they would have screamed it from the rooftops, by now?

You can read the full ten page unclassified report here.