The wild ride of Bitcoin 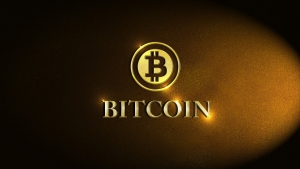 So, what’s going on with Bitcoin?

First of all, for those that do not know -- Bitcoin is what is known as a “cryptocurrency”, a virtual "coin" that is "mined" by and stored on computers. Wikipedia lists 1324 types of cryptocurrencies, Bitcoin is, by far the most popular.

Lovers of cryptocurrencies are huge fans of the anonymity of using them. Bitcoin is not one hundred percent  untraceable as there is a log of all transactions and information does leak but coin owners are not identified by any immediately identifiable ID. Which makes it easy to use Bitcoins (and other cryptocurrencies) to buy -- well, you know -- illegal shit (and legal shit). Basically it’s virtual money used to purchase goods. Virtual money that is really hard to trace back to the buyer.

I first heard the term “Bitcoin” about four years ago at a job interview. The interviewer proudly told me that his website accepts Bitcoin and is the first MPLS based retail store of its kind to do so. Despite my zero understanding of what a Bitcoin was I nodded sagely and pretended to know what he was talking about, hoping that he would like me more and give me the job.I did, after all, need the job.

I did not get the job. But whatever. That was then and now my job is writing to tell you about the wild ride that is Bitcoin.

Where does Bitcoin come from?

Well, like a good spy novel the origins of Bitcoin are shrouded in a bit of mystery. In that, no one really knows who invented Bitcoin. I mean, we have a name -- Satoshi Nakamoto and either no one actually knows who he is or no one is talking about his identity.

In 2008 the domain name “bitcoin.org” was registered and late that year a link to a paper called, “Bitcoin: A Peer-to-Peer Electronic Cash System” penned by Mr. Nakamoto himself was posted to a cryptography mailing list.

In 2009 the bitcoin software was released as open source code. Open source code, as you may or may not know,  is software (usually) published and made available to the public, enabling anyone to use or alter the code without paying fees. But the identity of Mr. Nakamoto (Miss Nakamoto?) remains unclear.

In 2010 Mr. Nakamoto handed control of the Bitcoin core code to Gavin Andersen, and then subsequently disappeared from all involvement in bitcoin. If Mr. Andersen knows who Mr. Nakamoto is, he certainly never told anyone.

Andersen took over and immediately decentralized control of the Bitcoin core code so that, in his own words, if he ever got, “...hit by a bus … the project would go on.”

The value of the first bitcoin transactions was negotiated between parties. And so folks decided themselves how much an individual bitcoin was worth including a famous early Bitcoin transaction for a Papa John’s pizza delivery.

Which brings me to this -- on Thursday December 7th the market decided that the value of Bitcoin was -- sixteen thousand dollars. Each.

I remember hearing about this crazy little thing called Bitcoin and thinking that only a sucker would buy virtual money for three hundred and eighty five dollars per coin (at the time). That was a few years ago.

Today they’re worth sixteen thousand. I guess the joke is on me.

There are huge retail chains that accept Bitcoin. Some folks think Bitcoin is in a bubble and will pop -- to disastrous results. Some folks think regulation is a coming. Luke Kawa at MSN Money writes (Editor's note: The story is no longer archived on the MSN site but we swear to you that it one time existed, and here was a quote from it):

“Given bitcoin’s checkered history as the means to purchase illicit materials, a vehicle for capital flight, and a victim of theft, it’s no surprise that regulators around the world have cast a watchful eye over the asset class. As such, the specter of a complete crackdown on cryptocurrencies remains an ever-present tail risk. The SEC has been keeping an eye on crypto and has given guidance saying some tokens may be securities, making them subject to their oversight.”

Maybe. Nothing is, after all, perfect. Maybe some regulation will be in order. After all, in 2010 someone spotted a vulnerability in the Bitcoin protocol and exploited it, creating 184 billion Bitcoins; but within hours the transaction was spotted and erased by the Bitcoin gods. The vulnerability was repaired and now Bitcoin remains pretty safe.

But still hackers and theft remains a huge issue, obviously. Regulation might lead to more protection. Or not. I think it’s too early to tell. The Bitcoin ride has been wild. Perhaps the Bitcoin bubble will burst. It took years for many folks, including me, to take it seriously. But there are many that love, love, love Bitcoin and anonymity of cryptocurrencies so I don’t see it going anywhere any time soon.