Opinion: All about that weird "Stranger Things" plagiarism lawsuit. 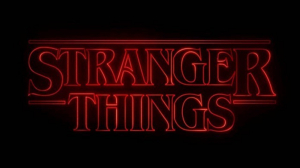 Stranger Things, one of Netflix’s biggest hits is, allegedly - plagiarized from another source. At least that’s the claim by Charlie Kessler, a long time Netflix digital/technical operation crew member. And - I kind of buy it. After reading more about it, the lawsuit appears to have some merit. Let me break it down for you:

Netflix released Stranger Things in July of 2016; it was an instant hit. If you have not seen it, the show is about weird, macabre happenings around the small town of Hawkins, Indiana during the early 80’s, and how several twelve year olds become unlikely heroes. The main protagonist(s) of the show come from the nearby underground Military base. A Military base that performs horrible cross dimension experiments on children!

The show dripped with Spielberg, King, Gygax nostalgic lore and was both a critic darling and fan favorite.

Now, keep in mind that if a show is released in July 2016 that means it was in pre-production probably early 2015, shot principle photography mid to late 2015 and did post production visual effects, sound editing/mixing, original score recording late 2015 to early 2016. Key point there being - we know the production of Stranger Things began at least - early 2015.

BUT - you can’t go into production unless you have a completed concept. So the Duffers had to have pitched to Netflix before they went into pre-production (obviously), then Netflix had to greenlight the show, and then get money to the producers of Stranger Things (Also, at the time the show title was “The Montauk Experiment.” This is important later)

This kind of stuff doesn’t happen overnight. In fact, as someone who bounced around the industry, I know it takes quite a bit of time. I’m going to say that all of the pitching/accepting had to begin near the end of 2014.  I think that’s a reasonable estimate.

Which, brings us to Charlie Kessler. According to Kessler’s IMDB page, he worked on Netflix productions since 2015’s Jessica Jones, before that he had some crew success on other networks and video games going back to 2005. He’s been around the biz and knows the industry. And, here’s the kicker - Kessler claims that he (and his agents, maybe) met the Duffer brothers at the 2014 Tribeca Film Festival and pitched them the idea for a Montauk military base / conspiracy sci-fi series based on his (Kessler’s) short film “Montauk.” Kessler claims the meeting lasted “ten to fifteen minutes.”

Well, I just looked up the  2014 Tribeca Film Festival and see that it took place from April 16th to april 27th. That’s mid 2014. So the timeline for Kessler’s case works out. If he’s telling the truth, then:

Now, as you may (or may not) know the underground Montauk Air Force Base in Long Island, NY - swirls with conspiracy theories, most of which revolve around the US military conducting experiments on teleportation, thought & behavior control, black hole research, parallel universe theory and, of course - time travel. Often, these experiments were said to be using children as test subjects. Oh, and here’s a good one - even though the base shut down decades ago, no one remembers what they worked on at Montauk Air Force Base because - they’re minds were all wiped clean! =)

And if you’re thinking, “Wow, those conspiracies actually do sound just like Stranger Things” season one. Well - that’s the whole point, ain’t it? But, as you no doubt probably see - stories about Montauk Air Force Base and conspiracies surrounding it, are nothing new. And they are all similar.  So, it is totally believable that, in general - two different people can have similar ideas about famous events. I buy that.

BUT - now we have a series of coincidences - there’s the timing of it all, the former show title and subsequent change, and the fact that all of this was pitched to them a few months before the Duffer brothers pitched the idea to Netflix. Again, it’s reasonable to assume that they all had similar ideas. But - it does seem suspicious. And by the way, sorting this all out is exactly what the court system is for. Right?

Now, on the flip side - the Duffer brothers say that they never, ever met Charlie Kessler and never heard any kind of pitch from him.  At all. And, that he’s lying. Fair enough. Hence the lawsuit. Which has just moved forward because an L.A. judge denied summary judgement to the Duffer brothers.

What summary judgement would have meant is that, the judge could have decided the outcome of the case without a trial. Summary judgements are more likely to be held under lock and key so, for example - you and I would not have heard what the verdict and/or payout to the alleged damaged party would have been. A trial and verdict is more likely to go public. Which is something the unusually secretive Netflix didn’t want.

The Duffer brothers have been saying since day one that they came up with the idea of Stranger Things years ago. As in - back in 2010, which would have been four years before they had the alleged meeting with Kessler. TMZ even reported, “We have the emails that prove the Duffer brothers talked via email in 2010 about ideas for Stranger Things.” TMZ didn’t publish the emails but claim there are 2 from 2010 and one from 2013 where the Duffer brothers discuss the Montauk show premise between themselves. Which might suggest they didn’t steal the entire show idea.

That would be a problem.

The Duffer brothers, and Netflix, all say this is a meritless lawsuit and that there is definitive proof the Duffer’s didn’t steal ideas, but the judge clearly thought otherwise ruling that the Duffer’s “lack verifying evidence of the originality of their idea.”

To be perfectly honest, I suspect it’s a bit of both. I’m willing to bet that, independently of each other, both parties came up with similar ideas. Then, a pitch meeting happened between Kessler and the Duffers, coincidentally, about their similar ideas. Then, the Duffers - probably on accident - took some ideas from said pitch meeting and placed the ideas in Stranger Things. Which led Kessler to believe, “The Duffer must have taken their entire idea for Stranger Things - from my pitch meeting!”

Anyway. The case goes to trial in May.

Stranger Things season three will be released on Netflix in July, 2019.