Snoring may be a risk factor for dementia 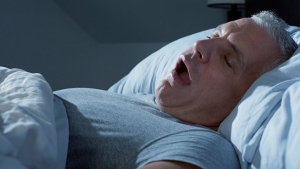 Could Dementia and CTE be Prevented with Oxygen Therapy?

When brains get deprived of oxygen, during sleep apnea or trauma, dementia and/or neurological sequelae may ensue.

For years I’ve suggested giving oxygen at night to those athletes at risk of CTE, chronic traumatic encephalopathy, and those at high risk for dementia and Alzheimers. Oxygen at high concentrations have been found to help wounds heal, and why should a vulnerable organ fight for oxygen. Give the brain what it needs.

Now a study from Sydney University reports loud snoring could be an early warning sign for dementia and memory issues.

Those who have airway obstruction will make noise when they sleep. Those with obstructive sleep apnea, inability to breath during sleep due to airway obstruction by fat, large tonsils, large posterior tongue and other issues, may in response snore loudly.

Researchers found those who had sleep apnea had reduced thickness in the temporal lobes, memory centers of the brain which also are integral in speech processing and abstract thinking.  When memory tests were given, those with these changes scored poorly.

Study authors suspect that older people should therefore be screened for obstructive sleep apnea.  Currently we screen those who are overweight, fatigued, or hypertensive, but maybe we should screen all seniors?  Personally, I feel we should intervene sooner, such as middle age, if we want to ward of dementia early.

Last year we learned of a two-year old near-drowning victim, who was submerged for nearly 15 minutes and sustained brain-damaged, surprisingly has “minimal” deficits after given extensive oxygen therapy.

In February 2016, Eden Carlson climbed through a baby gate while her mother was showering and fell into the family pool. Her mother performed CPR and medical personnel worked to revive her for hours. They succeeded, but she had suffered cardiac arrest and brain damage. Upon discharge from the hospital 48 days later, Eden had difficulty speaking, walking and responding to her family.

After ten sessions her mother reported “near normal” activity with doctors finding only “minimal damage” on her MRI scan. 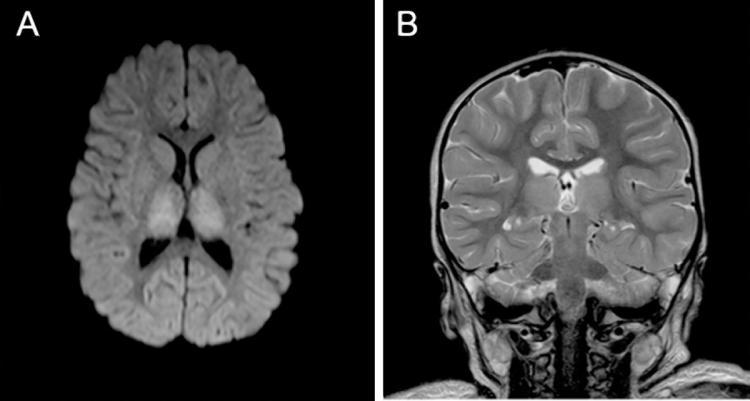 An MRI scan 162 days after the incident showed that the child still has mild residual brain injury but the cortical and white matter atrophy she suffered was nearly completely reversed. (Medical Gas Research)

According to NYDailyNews, the cortical and white matter atrophy (thinning) almost completely reversed.

This raises the question, should oxygen therapy, either normobaric or hyperbaric, be instituted immediately after injury (near drowning, concussion, infection, etc.) and chronically for those at higher risk of dementia (diabetics, those with heart disease, high blood pressure and cholesterol, and stroke victims)?

Athletes who sustain multiple concussions are at high risk of developing CTE, Chronic Traumatic Encephalopathy.  This progressive, degenerative disease of the brain is also found in veterans and those who have sustained repeated head trauma.  Symptoms include mood disorders, paranoia, impulse control issues, aggression, and memory loss to name a few.

Many victims of CTE aren’t diagnosed until after they die, upon autopsy and evaluation of brain tissue, hence it may be worth researching early oxygen intervention to those at high risk before symptoms surface.

Now oxygen therapy is not without its risks, as those with COPD, chronic obstructive pulmonary disease, could lose their respiratory drive, and oxygen toxicity could cause bleeding and seizures.  But controlled trials could allow us to investigate if one of the simplest of treatments can help battle some of the most difficult of diseases.

Are many athletes at risk for depression? 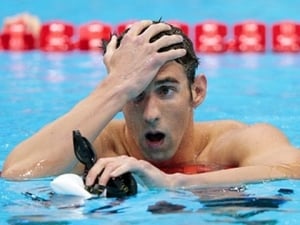 POST-ATHLETIC ACTIVITY DEPRESSION (PAAD) MAY AFFECT MULTIPLE ATHLETES WHEN THEIR SEASON ENDS DUE TO THE HIGH HORMONE LEVELS INDUCED BY THEIR PRIOR RIGOROUS EXERCISE REGIMEN SUDDENLY DROPPING.

Olympic gold medalist Michael Phelps admitted at the The Kennedy Forum in Chicago last week that he had battled depression for years and contemplated suicide.  With his multiple decade athletic career, the most decorated in history, how could an Olympian find life so unlivable?

Post-athletic activity depression (PADD) may ensue when the high levels of exercise aren’t maintained and the mind isn’t prepared for losing or being surpassed by another athlete.  As you will see biology as well as psychology play huge factors in the mental health of an athlete.

Michael Phelps admitted to going into a depression after each Olympics.  His workouts leading up to each of the 2004, 2008, 2012 and 2016 Olympics were illustrated by Arizona State coach Bob Bowman at the American Swimming Coaches Association, and demonstrated thousands of hours and yards swum each week.

Multiple studies have proven that exercise wards off depression. This is in part due to multiple mood enhancing hormones being released during athletic activity such as:

So if after a meet, marathon, playoff or Olympic race ends, does the average athlete keep their rigorous training schedule? Probably not.  Hence these hormones that the body has become accustomed to seeing aren’t there at their previous levels, inducing a depression.  If someone is at risk for depression, the drop in these hormone levels could, in theory, depress one to the point that they contemplate suicide.

Being the best puts you psychologically at risk

They say winning is addictive and from a psychological standpoint, that’s correct.  Once you win you reform a new identity.  Those psychologically mature and stable will not find their win their only identifying factor and additionally will understand that you “win some, lose some”.  However those who struggled for years to win, especially if the prize is an Olympic medal, may not deal with “lose some” so easily.

Once you own that Superbowl ring, first place blue ribbon or gold medal others look at you as “one of the best”.  How much higher can you go?  Usually an athlete only has two choices. Maintain their “top” status, difficult to do with aging and younger up and comers vying for their spot, or start losing. Most athletes aren’t preparing for how to lose.  They can’t. They use all their waking hours preparing on how to win.  So when the loss does come, they’re unprepared. 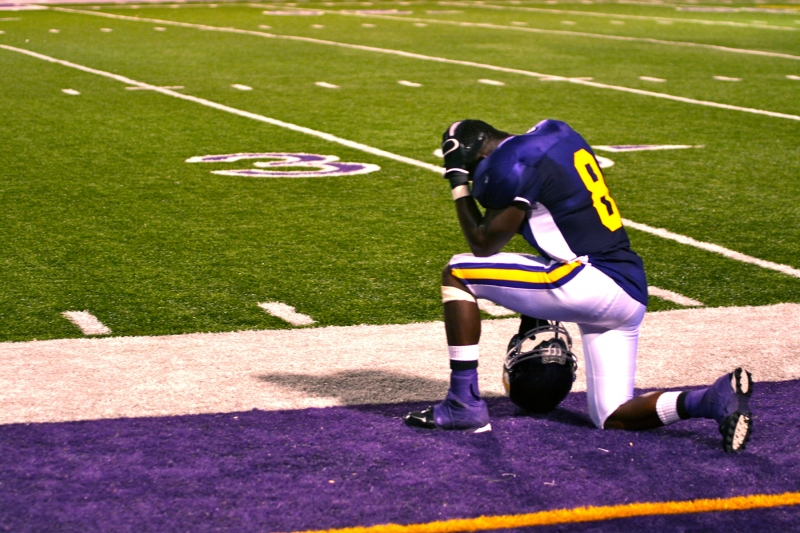 Could some CTE symptoms be related to post-athletic activity depression?

I believe so. Chronic Traumatic Encephalopathy (CTE) is a progressive degeneration of brain tissue and function from multiple hits to the head.  Many who suffer from CTE have mood changes, anxiety, anger and impulsivity.  CTE tau protein build up in the brain contributes to this but hormones can play a role as well.

What needs to be studied are the mood changes incurred by athletes after each season or race to see if a “funk” sets in because their exercise regimen is not being maintained.

Moreover all athletes should have access to counseling to thwart depression and suicidality because losing is inevitable for everyone.

Aaron Hernandez had “Most Severe Case” of CTE: Family to Sue NFL 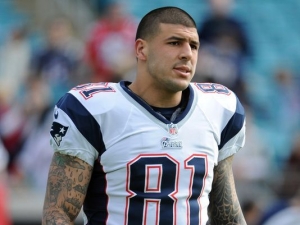 Athletes who sustain multiple concussions are at high risk of developing CTE, Chronic Traumatic Encephalopathy. This progressive, degenerative disease of the brain is also found in veterans and those who sustained repeated head trauma. Symptoms include mood disorders, paranoia, impulse control issues, aggression, and memory loss to name a few.

A lawsuit (reportedly $20 million) has been filed by the family against the NFL and New England Patriots. Hernandez was only 27 years old when he hung himself in his prison cell April 19th of this year.

Researchers from Boston University concluded the 27 year-old football star had stage 3 of 4 CTE. This severity is rarely seen in someone this young.

The lawsuit claims that by the time Hernandez joined the NFL, the league knew of the dangers of concussions and led players to believe they were safe. Attorney Jose Baez stated the Patriots and NFL were “fully aware of the damage that could be inflicted from repetitive impact injuries and failed to disclose, treat or protect him from the dangers of such damage.”

What are the stages of CTE?

The CTE Stages are as follows: 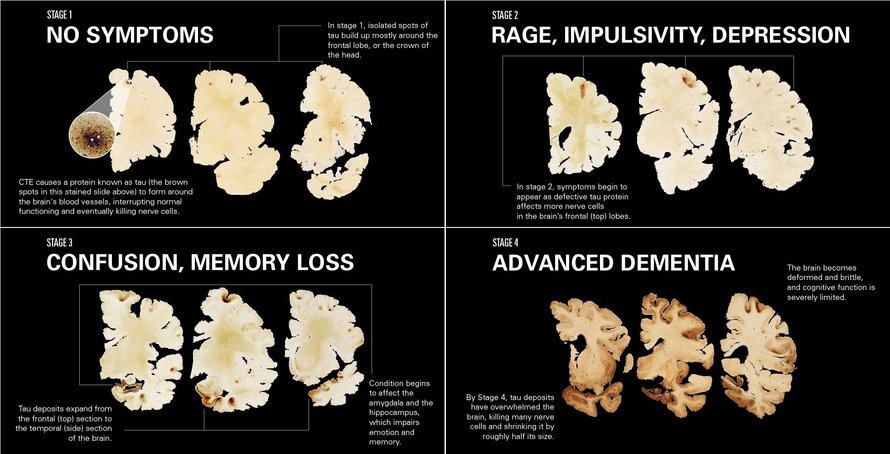 Image from Sites at Penn State