Experts warn of cancer risks from wireless headphones such as AirPods 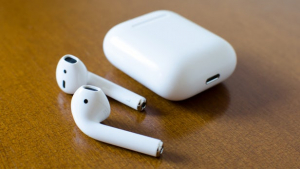 WSB radio reports hundreds of experts have signed a UN and WHO petition to warn against the cancer risks and medical dangers of AppleAirPods.

The EMF (electromagnetic frequency) radio waves emitted from the Bluetooth technology has been proven to cause health effects in “living organisms.”

And with its close proximity to the human skull, scientists are nervous.

NOT ONLY DID THE PETITION MENTION CANCER, IT ALSO SAID NEUROLOGICAL DISORDERS AND DNA DAMAGE HAVE BEEN LINKED TO EMF EXPOSURE AS WELL.ALTHOUGH HIGH LEVELS OF EMF CAN GENERATE HEAT, CAUSE BURNS AND AFFECT CELL GROWTH IN HUMANS, SCIENTISTS HAVE NOT DETERMINED THE IMPACT OF LARGE AMOUNTS OF RELATIVELY LOW-LEVEL EMF EXPOSURE, PRODUCED BY DEVICES LIKE THE AIRPODS.

ALTHOUGH HIGH LEVELS OF EMF CAN GENERATE HEAT, CAUSE BURNS AND AFFECT CELL GROWTH IN HUMANS, SCIENTISTS HAVE NOT DETERMINED THE IMPACT OF LARGE AMOUNTS OF RELATIVELY LOW-LEVEL EMF EXPOSURE, PRODUCED BY DEVICES LIKE THE AIRPODS.

AND DESPITE THE WORLD HEALTH ORGANIZATION’S (WHO) GUIDELINES FOR THE LEVELS OF EMF THAT DEVICES ARE ALLOWED TO EXPOSE, THE SUPPORTERS OF THE PETITION DO NOT THINK THE RECOMMENDATIONS ARE GOOD ENOUGH.

A study from the National Institutes of Health last year reported “clear evidence” that cell phone radiation may be connected to cancer of the adrenal glands and brain.

Tests were performed on mice and rats, using much higher levels of radiation than humans are exposed to. However, only the male rats demonstrated increase risk of brain tumors.

Hence this was a study that looked at extreme conditions that the average human is not exposed to. However, they cite “clear evidence” that the radiation incited tumors in the rats.

For more on the study see here.

Now in August of 2018, a large study from the Barcelona Institute for Global Health (ISGlobal) in Spain, however, found no clear evidence of brain tumor risk with cell phone use.

Researchers in this study looked at 9000 people from seven different countries, having a range of occupations, and interviewed them on their occupational electromagnetic frequency (EMF) use. Sciencealert.com reports 4000 of these patients had brain tumors (glioma and meningioma) and were compared to the other 5000 who didn’t.

The good news is they did not find a correlation between those who sustained a brain tumor and those with high EMF exposure. However the bad news is they found only a small percentage of those studied actually would be deemed to have “High EMF” exposure hence leaving us still questioning if too much cell phone exposure is still risky.

Study author Javier Villa states, “Although we did not find a positive association, the fact that we observed indication of an increased risk in the group with most recent radiofrequency exposure deserves further investigation,” and suggests, “we shouldn’t worry for now, but we do need to focus future efforts on making sharper tools to analyse any hypothetical risk.”

Prior to this, in 2011, the World Health Organization’s International Agency for Research on Cancer (IARC) classified cell phone use and other radiofrequency electromagnetic fields as “possibly carcinogenic to humans”.

Although arguments continue over cell phone radiation causing cancer, it has been proven that heat is given off. Many people complain their ear gets hot after lengthy cell phone use and studies have yet to determine if cell  phone heat can cause oncogenic changes in cells.  They’ve studied if the radiation affects metabolic activity, and a team led by Dr. Nora Volkow, head of the National Institute on Drug Abuse, found visible brain activity changes on the side the cell phone was being used. They recommended after this study keeping the cell phone away from the body and using a lower radiation emitting phone.

We wait and see. My suggestion is to not overdo it with our phones. Use the speaker setting when practical so as to not consistently hug the phone to your skull. Take breaks in between lengthy calls. Text when appropriate to minimize exposure as well.

The following has been recommended for both children and adults: 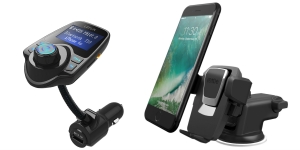 It happens almost everyday during my commute to work: someone fondling a phone and not looking at the road while driving. Today was no exception. It’s infuriating, and it’s dangerous.

Distracted driving deaths grew 8.8 percent between 2014 and 2015 -- growing faster than deaths due to unrestrained passengers, speeding or drunk driving, according to the National Highway Traffic Safety Administration. In response, many states and even municipalities are enacting distracted driving laws. But it’s impossible for police to enforce every instance of distracted driving.

The City of Chicago made the mistake of allowing distracted driving citations to be enforced like all other traffic citations, forcing police officers to appear in court when drivers attempt to get out of the ticket. What’s resulted is a complete lack of enforcement of the law, with distracted driving ticketing falling 99.6 percent in the city from 2014 to 2016.

There’s never a reason to be fondling a phone while driving, but people do it. So what’s the solution? Well, if you have a newer car with hands-free technology, you already have a solution. But not all of us can afford to buy new cars this very minute. There’s a cheap solution for us, too.

For less than $20, you can equip your car with hands-free technology as long as you have a working 12-volt socket and radio in your car. These Bluetooth devices allow you to take calls with the push of a button, which is the equivalent of changing the radio station. You’ll never fumble around for your phone while driving again, and you can listen to your music library during your commute. I actually own one of these, and they are literal lifesavers.

Both iPhone and Android devices allow for voice activated email and text messaging, too. You can activate “Hey, Siri” when the screen is locked in your iPhone settings, and there’s even a workaround for using “Hey, Siri” when you’re not connected to power. Before starting your car, just hold the home button for a second to enter the Siri screen and don’t say anything. You’ll remain in the Siri screen and will just have to say “Hey, Siri” to go hands-free. On Android devices, the lock screen is even easier to work around. All you have to do is turn on “Trusted Voice” in your Voice settings (unless you have a Nexus 6, Moto X, Galaxy Note 4 or Note Edge).

New drivers are the ones most at risk of being ticketed or lost to distracted driving, though. I hope there’s a focus on that in driver's education courses. Some school districts are just getting around to changing drivers ed curriculum now. Smartphones didn’t exist when I went through drivers ed, but cell phones were starting to become more prevalent. The videos we watched looked like they were created for the first drivers ed course in the 1950s, so I hope distracted driving education is taking place in those courses, because I know these drivers, and they are as dangerous as drunk drivers, or even more so.

If you’re a parent of one of these new drivers, buy them the products mentioned above. You could save their life, and the Bluetooth device makes a great gift, especially if your new driver’s car has nothing but a radio, or worse yet, a CD player. CDs were the distracted driving of my generation.

This isn’t rocket science, folks. It’s not even car science. If you’re still fondling a phone while behind the wheel of a car, just stop it. You’re going to end up killing someone -- maybe yourself. Just take these simple steps to not only avoid a distracted driving ticket, but save your fellow motorists from frustration and harm.