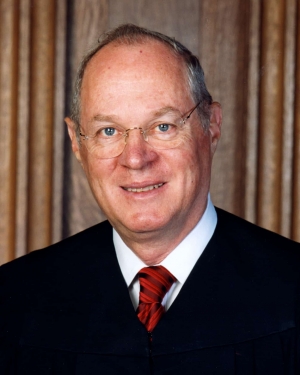 After more than 30 years as a Supreme Court Justice, Anthony Kennedy has announced his retirement. This news probably doesn’t come as a shock to many, as the man is 81 years old making him the seconds oldest Justice that served. Ginsberg is three years his senior but has vowed to stay on the Court through the Trump administration.

President Reagan appointed Kennedy to the bench in 1988 and for almost two decades Justice Kennedy voted largely conservative on a variety of social issues including (but not limited to) - abortion, affirmative action and gay rights and the Gore vs. Bush recount; however,  in more recent years he has cast a key swing vote for liberal principles casting the deciding vote in 2015’s for same sex marriage and even wrote the majority opinion - much to the chagrin of Republicans who began to view him as a turncoat. That being said, Kennedy did side recently with the majority allowing President Trump’s travel ban to stand.

So, Kennedy has voted on both side of the fence but with his departure it’s pretty much a certainty that President Trump will nominate a strong conservative to the high court. Which will give conservative judges a majority for, probably - decades.

Kennedy’s retirement will take effect at the end of July.