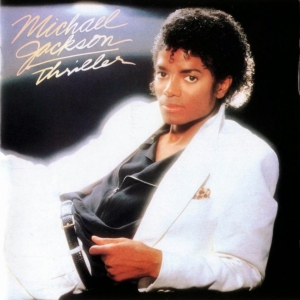 According to a recently updated information from the RIAA (Recording Industry Association of America) Thriller has been surpassed as the number one selling album of all time. Which, as an 80’s kid, makes me a little sad. =(

The last time the RIAA compiled data on this subject was way back in the ancient time of 2006, when digital sales were hardly a thing. Well, now the RIAA has caught up with the rest of modern society, added in digital sales, and updated the Best Selling Albums of All Time List for the first time in twelve years! And, to be honest, most of the results are not surprising, except, of course - for the ones that are totally surprising!  I’m looking right at you #9!

Before I reveal this list, allow me a moment to reminisce. I was in grade school when Thriller was released. We, and I mean every last kid, teacher, mother and grandfather was madly in love with Billie Jean and Beat It and Wanna Be Startin Somethin and The Girl is Mine and, of course, Thriller (The Lady in My Life - meh, not so much). But, mainly Billie Jean, Beat It and Thriller. Ahhhh - nostalgia. And youth and dancing in front of the mirror.

Oh, that’s right. I danced in front of the mirror to Billie Jean. For, like - years. #comeatmebro!

I guess new generations can express their childhood love for modern day pop tarts and boy bands - but their love is misplaced because Thriller is still the big boy on the block!

Only, not any longer.

But actually, it still kind of is because the new list CHEATS!!!!

Anyway … here are the top 20 best selling albums of all time: