Alien: Covenant might be scarier than Life, but it won’t be better 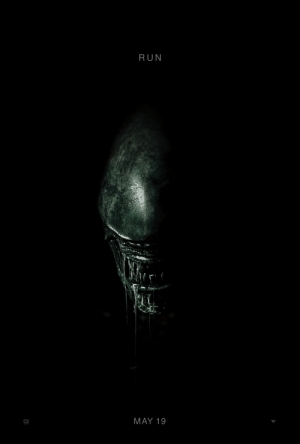 Back when I sat on the edge of my theater seat with clenched fists for almost two hours during Life, I tweeted immediately after that the film was the Alien of a new generation. I Tweeted that because like the original Alien film, the beauty of Life is that you don’t see much of the alien. It’s thrilling because the alien is growing quickly, and you don’t know what to expect the next time you see it. Neither do the characters, which better allows their fear to infect you.

GCN’s resident movie critic, Charles Karel Bouley, called Life an Alien “ripoff,” and I agree wholeheartedly. But I appreciate that the makers of Life utilized the successes of Alien and those suspenseful thrillers before it. But what I appreciate most about Life is that it’s at least a partially original story, with motivated plot and character arcs and an original, twisted ending that utilizes parallel editing pretty well. Life is an Alien movie with a new alien, just as Alien was Jaws with a new shark, and Jaws the Psycho with a new psycho.

It’s just too bad Alien: Covenant did its best to ruin Life’s opening weekend and gross earnings. Life has made just under $80 million worldwide, while Covenant moved up its release date, forcing Life into a crowded month and weekend. Logan and Get Out were both R-rated films still pulling strong numbers, and that’s two too many. Covenant did $4.2 million in Thursday night preview screenings at about 3,000 locations. As of this writing, Life is currently rated five points lower than Covenant on the Tomatometer and audience score.

So there’s another Alien movie. That’s six if you don’t count Alien vs. Predator. But you can tell Covenant is not a true Alien movie by simply comparing the trailers. Remember the Alien trailer? Well, I guess I don’t either. It was before my time, but I do remember watching effective trailers in film school, including that of Alien. It’s an effective trailer because the alien is never revealed. They start with the suspense right out of the gate and leave you wanting -- no -- needing to go to the theater to see that damn alien!

Covenant attempts to build suspense with its trailer but throws it all down the drain with the last shot. Sure they wait until the very end of the trailer to reveal the alien, but I’d argue they never needed that final shot of the alien. Almost everyone knows what the alien looks like by now, but the revelation used to be reserved for those who paid for a movie ticket. Now Hollywood just puts the revelation on the poster like a brand, but the art of making a great trailer has gone by the wayside as well.

Karel said Covenant doesn’t offer us anything new regarding suspense, “but it goes back to the same cinematography, the same type score, the same lighting that the original did oh so many years ago. BUT that had things we had not seen before.”

So Life can’t be an Alien ripoff with a mostly original story, villain and ending, and things we haven’t seen, but we can remake the same damn movie over and over as long as it shares part of the name of the original film? I might be in the minority, but I’d rather see someone attempt a film that’s even partially original than see the same film with the same shots and same music I saw 20 years ago with better computer graphics. Speaking of exactly the same...

The trailer for Life is almost an exact replica of the Alien trailer and is equally suspenseful. You never see the alien in its grown form -- only the faces of its victims -- which is plenty. The trailer doesn’t give too much away, and neither does the poster. The last time I was that excited to see a film (besides 2017’s Get Out for obvious reasons) was Dark Knight Rises five years earlier (and that’s because I’m a Batman freak). I just had to see that alien! And I am in no way comparing Life to either Get Out or Dark Knight Rises. I’m merely commenting that the feeling of excitement I had going into the film was piqued thanks to the trailer and movie poster. I was sold, and the people responsible for creating those marketing materials should get mad props.

As a fan of film and not necessarily of the Alien franchise, I appreciated what Ridley Scott did with the Alien prequel, Prometheus. He made it like the first Alien movie. The Xenomorph in Alien had just four minutes of screen time and didn’t appear until an hour into the film. That’s how you build suspense. The only horror or thriller villain to win an Academy Award spent 20 minutes onscreen. That’s all the role required thanks to Anthony Hopkins.

The Prometheus trailer never reveals the alien and neither does the poster. If you had never seen an Alien film you could have gone to the theater not even realizing you were going to see an Alien film. Then, after the most gruesome, on-screen c-section ever, that newborn alien just sits in that locked room. You almost forget about it while waiting for the big payoff -- the fight with the “engineer.” And when those doors open, the alien does not disappoint. It’s suspenseful more than it’s scary, and suspense is better.

But moviegoers have made things easier on filmmakers these days by turning out in droves for horror flicks and action movies that aren’t nearly as dedicated to cinematic and thematic quality as thrillers and dramas. I mean, a handheld-shot, horror movie made nearly $250 million. And while Covenant looks to be on its way to good payday, it’s also surrounded with the likes of a fifth Pirates of the Caribbean movie, a third animated movie about talking Cars, a sequel to Marvel’s Guardians of the Galaxy and a remake of The Mummy with Tom Cruise (which I find to be incredibly disturbing).

My point is the standards of moviegoers have fallen tremendously, likely due to the lack of originality and variety available at movie theaters these days. Hollywood is getting away with it and will continue to do so until people stop paying exorbitant amounts of money to see bad films.

“Ridley knows how to terrorize us...but when Scott discovers that we can be terrorized again with less, instead of more, and when the writers can innovate instead of capitalize, the next great horror film will be made,” Karel said.

I would venture to say horror isn’t a genre that lends itself to originality, and if writers want to innovate, they wouldn’t write horror or action. They’d write suspenseful thrillers, which require new monsters and new stories like Life has given us. I so hope there's a sequel called After Life and a sequel to the sequel called Life After Life. Given the ending of Life, I'd say the future of the franchise is brighter than the box office numbers indicate.

I have no problem with the Alien franchise continuing. It’s a fantastic story and now a fantastic pre-story. But if you’re going to make an Alien movie, make an Alien movie -- trailer, poster and all. Leave some wiggle room for the imagination to fantasize prior to throwing the alien in our face. That’s what made Alien so great, and while Life and Prometheus are contrived by design, at least they stayed true to the inspiration. If Alien: Covenant stays true to its inspiration, it’ll be contrived from the sci-fi, action movie Aliens, which, by design, means it can’t be as cinematically or thematically entertaining as Life or any of its predecessors.

Editor’s Note: An update will follow with my review of Alien: Covenant.

Editor's Note: I finally watched Alien: Covenant, and since it's been almost four months since this was originally published, you are right to assume that I didn't see it in a theater. I'm glad I didn't, because the latest Alien movie isn't even worth renting. While I'll appreciate the franchise continuing tradition and making a woman the film's strongest character, that's about the only thing I like about it besides Daniel McBride's performance. Michael Fassbender returns as David and also plays Walter -- an updated version of David. But Walter is duller, too, and for good reason. The humans don't want him to create anything for fear of what he's capable. This doesn't allow Fassbender to carry the screen like he did with David in Prometheus, but the film does do a good job illustrating the potential hazards of artificial intelligence, leaving you wondering for how long you'll be atop the food chain -- and not because of the aliens.

The plot is oh so predictable from beginning to end. Upon introductions of the Covenant crew, I knew exactly who would live and who would die. But even their deaths weren't especially entertaining or creative, with one crew member slipping on blood and injuring her leg to make things easy for the newborn alien. The biggest problem I had with the film was how almost everyone panics (and unrealistically at that) the moment something goes wrong. It might be just a colonizing mission, but they're in outer freaking space. If this crew had any training whatsoever, most didn't show it. And whether or not you're aware aliens exist, you must assume aliens exist, and have a plan in case you make contact. Apparently, NASA doesn't have a protocol for dealing with aliens, either, but that's because they're not even close to getting far enough from Earth to find any. Covenant, however, is en route to a planet that could sustain human life, and therefore other life, and the crew awakes seven years from their destination. I'm sorry, but anyone who boards a spaceship and falls asleep for a decade while roaming outer space and awakes with the assumption they're still the only intelligent life in the vicinity is either incredibly vain or incredibly stupid, or both. Alien: Covenant is equally as stupid. The entire film exists because Prometheus was so good and revived the franchise. They certainly didn't need Ridley Scott to make and sell this garbage. Prometheus did that. Life, however, is a fresh take on the alien story and far more entertaining than Covenant. It might not be as introspective and thought-provoking, but Life is more suspenseful, offers believable performances, and has a much better ending because I didn't see it coming when the movie started. The only thing I was wrong about is Covenant wasn't as scary as Life.