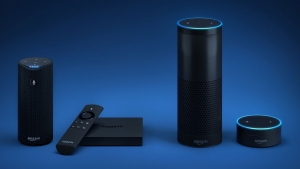 A few years back, I embarked on upgrade mission, to swap out the slow hard drive on my 2009 27-inch iMac and replace it with a nice and speedy SSD. With the cooperation of Larry O’Connor of Other World Computing, I got ahold of a 1TB drive and an upgrade kit, consisting of a few tools and suction caps. The latter was used to pry the display from the chassis.

Once the glass is extracted it’s supposed to be placed on a soft surface — I put it on a bed — the rest of the job largely involved carefully unhooking several thin wiring harnesses, easily damaged, and the drive. The manufacturer provides an adapter cable to make the new drive compatible with the iMac.

All told, it took about an hour to get through the process and reassemble the computer. O’Connor’s company offers installation videos on his site to simplify the process.

The reason I bring this up is the result of the first interview on this episode of The Tech Night Owl LIVE, where we were joined by tech columnist Rob Pegoraro, who writes for USA Today, Yahoo Finance, Wirecutter and other publications. At the beginning of this segment, Rob explained that he took apart his vintage 27-inch iMac, from 2009, in order to replace the drive with an SSD from Other Word Computing. Gene shared his experiences in upgrading a similar computer several years ago. In later iMacs, it’s held together with an adhesive strip, making the disassembly and reassembly process far more complicated. There was also a discussion about Siri’s voice recognition problems, and a recent report that someone’s Amazon Echo Dot, featuring Alexa, recorded a personal conversation and sent the file to a contact in another city.

Can we trust these digital assistants to respect our privacy? Rob also talked about a meeting with security experts discussing changes and possible improvements in online security over the past 20 years.

The Amazon scandal is also discussed in the next article.

After the interview with Rob was recorded, I contacted two local authorized third-party Apple repair shops as to whether they’d be able to upgrade the drive on a more recent 27-inch iMac and how much it would cost. The process involves removing the adhesive that holds the display to the chassis. It’s not something I’d care to tackle.

Well, the first dealer gave a flat no, saying that even trying would damage the computer. That didn’t sound right to me, since Apple uses a similar process to upgrade memory on the iMac Pro. It can’t be upgraded as simply as the regular large iMac, which has a RAM cover at the bottom. Maybe that particular dealer didn’t want to bother or had a bad experience or two.

A second dealer gave me a detailed quote that included labor, two adapters from Other World Computing, plus backup and restore. It came to $457.93!

When I looked at the numbers, though, it sort of made sense, since they charge $200 for a full backup and restore, $19.99 for the replacement adhesive strip, and $79.99 for the needed OWC and Newer adaptors. The actual labor comes to $150. OWC sells SSDs with the proper adaptors and the customer can always restore the data themselves, so the price could be as “low” as $169.99.

In a special encore presentation, you heard a vintage segment featuring Ben Williams of Adblock Plus. Ad blocking has experienced a lot of activity over the past year, especially since Google entered the fray with its ad filter for Chrome. There are still battles between publishers and ad blockers, and payment systems to publishers from users are being talked about with more frequency. Gene and Ben also engaged in an extended discussion about the value of online advertising, and the long history of making it as offensive as possible. There was also a fun pop culture discussion, about ads that build branding images based on using a well-known personality, such as Oscar winning actor J.K. Simmons, known for Farmers Insurance commercials and loads of movies and TV shows, including the recent comic book film, “Justice League,” where he played Commissioner Gordon. You also learned how ad blockers can be configured to allow ads that have been approved by Adblock Plus.

On this week’s episode of our other radio show, The Paracast:  Gene and guest cohost Goggs Mackay present Dr. Jack Hunter, an anthropologist and author of “Engaging the Anomalous: Collected Essays on Anthropology, the Paranormal, Mediumship, and Extraordinary Experience.” In this book, Dr. Hunter poses serious questions about consciousness, experience, spirits, mediumship, psi, the nature of reality, and how best to investigate and understand them.

In this discussion, Dr. Hunter will present stories of personal experiences, encounters with mediums, and float a wide variety of suggestions as to how various paranormal phenomena might somehow be connected, and that includes the UFO mystery. Dr. Hunter is the founder and editor of a free online journal, Paranthropology.

Let me start with the Siri follies.

With growing concern that Apple’s Siri digital assistant isn’t capable of matching the competition from Amazon and Google, there are rumors that the next WWDC will feature news of a major refresh. Last year, Apple touted that Siri would receive a new voice and machine learning, but it’s not at all certain there has been much change beyond a smoother conversational tone.

A recent published report featured expressions of sour grapes from former Siri employees who worked at Apple, plus a claim that it worked fine when reporters tested it before it went public. But after it was launched, beginning with the iPhone 4s in 2011, Siri’s bugs were legion. Maybe it just couldn’t cope with massed requests under load.

The Night Owl’s personal experiences are hit or miss. Despite the fact that I have 25 years experience as a broadcaster, and a decade of voice training, Siri is sometimes deaf to me. A simple example is the request for Maps to navigate me to the location of the nearest Walmart. There happen to be several, a few miles apart, but Siri will only produce a list, and rarely does that list display the location I seek. I find it easier to search in Google and manually pick the store to which I want to travel.

But that process hardly makes it hands free. I have to stop somewhere first to make my selection. So I tend to focus on setting alarms or reminders, where Siri is mostly correct.

One excuse given for Siri’s subpar performance is that Apple doesn’t want to infringe on your privacy, so it doesn’t actively collect information about you that is pushed and stored beyond the device itself. The theory goes that, if access to your device and requests were more open, since Siri resides online, you’d achieve more accurate results to more complicated requests.

That takes us to one of the “superior” digital assistants, Alexa, which is featured on the Amazon Echo smart speakers. Indeed, Alexa and the Google Assistant are supposed to represent the cutting edge of voice recognition and response technology.

Apple is often urged to maybe relent on online privacy and deliver a smarter and more dependable Siri. But maybe that’s not the right idea after all.

So there’s a published report of the results of  an overeager Alexa, which confirmed the worst fears about such digital voice assistants. The act of recording someone’s private conversation and emailing it to someone, even from their contact lists, is the worst definition of eavesdropping. I suspect intelligence agencies might be salivating over the ease with which this stunt can be pulled off.

As you might expect, the family contacted Amazon “multiple times,” according to a published report, and conversed with one of the Alexa engineers, who looked into the matter to figure out what went wrong. In the end, the existence of a bug was confirmed.

According to Amazon’s statement, “Amazon takes privacy very seriously. We investigated what happened and determined this was an extremely rare occurrence. We are taking steps to avoid this from happening in the future.”

Well, you can hardly expect them to say anything else.

Now I want to be fair to Amazon, and perhaps it was just a glitch as they claimed, one that they will or have already fixed. But how often has this happened, and had there not been publicity about this particular episode, would anything have been done other than perhaps make some excuses to the victims?

To be blunt: Amazon does a fine job delivering merchandise at affordable prices, but its customer service, largely outsourced, is not easy to deal with. Whether a chat or a phone call, you often have to explain and re-explain the problem several times for the basics to be understood.

That doesn’t mean Amazon is being careless about Alexa and how it works as the frontend to a smart speaker. Again, I am not suggesting this mishap was anything more than a rare system glitch of some sort.

One article I read on Alexa’s inadvertent attempt at spying tried to connect it to Apple and the HomePod, and whether it, too, might accidentally record someone’s personal conversation and email it to someone. But that’s not the province of Apple’s smart speaker; we benefit from the fact that it was not designed to record your random conversations in the course of isolating a request.

Maybe you’d rather not have HomePod laden with too many features after all, however useful it might seem to some users.