Solo's dismal box office opening shouldn't deter you from seeing it, Disney from making another 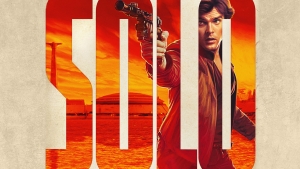 The Film is Just Fine

A lot of things go into a film’s box office performance besides the quality of the film. I can assure you, Solo is just fine, and while fine might not be good enough for some, it’s a whole lot better than the atrocities that are Episodes I, II and III, and those performed very well at the box office.

Before seeing the film, I was excited for Solo to finally introduce Chewbacca as a main character and develop his relationship with Han, portrayed as well as could be expected by Alden Ehrenreich (although I think those casting the film could have sacrificed looks for performance potential). I wanted Solo to be a bromantic comedy of sorts, and it is, in a less-funny, Dude-Walter Sobchak kind of way.

When Chewie first sits in the Millennium Falcon’s copilot seat, I got goosebumps, and while nostalgia was the source of most of the joy I derived from the film, and most of the its best parts are in the trailer, the movie was worth seeing in theaters. You’ll want to see and hear Solo’s action-packed moments in a movie theater. There are some deep blacks displayed during moments of action that your television at home might not display very well. Despite Solo paling in comparison to Deadpool 2 and Avengers: Infinity War, it’s a solid movie that’s probably a tish too long and falls short of its unfair expectations. I don’t even know if I liked it as much as Tomb Raider, but I’ll probably see it in theaters again regardless.

Solo released two weeks after a Deadpool sequel that except for the first 15 minutes, might be better than the original. And young Han still has Avengers: Infinity War with which to contend. Oh, and box office returns were at record lows last summer and are only getting worse, with U.S. theater attendance the lowest it’s been in 23 years and home entertainment spending up 11 percent. It’s a very competitive movie market and one that’s most friendly to a select few blockbusters -- generally the ones with the biggest budgets.

Jon Cazares wrote about how Solo was a sinking ship from the start. The two original directors, Christopher Miller and Phil Lord, had reportedly shot 80 percent of the film and were fired for allegedly over-spending. Then the hiring of Ron Howard, who reshot much of the movie despite saying much of what Miller and Lord had shot was usable, probably doubled the budget. While Solo ended up a big-budget blockbuster, it wasn’t meant to. In fact, had Solo stayed on budget, it would have been the cheapest Star Wars film produced by Disney and cheaper than all but the original trilogy at $125 million, making its $104-million opening weekend look a whole lot better.

So while Solo is already considered a flop by the entertainment media, don’t let that be the reason you don’t see it in theaters. Think for yourself. Don’t let the mass media dictate your consumption. And if you’re looking to give your air conditioner a break for a few hours, hit a matinee and enjoy a Star Wars film that challenges the norm more so than any before it.