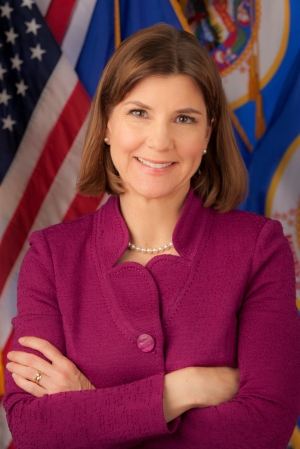 Minnesota governor Mark Dayton is expected to appoint lieutenant governor Tina Smith to replace United States Senator Al Franken, who resigned amid sexual harassment allegations. But Smith is now contemplating running for reelection in 2018, which has Democrats applying pressure on Dayton to appoint more than just a caretaker to the Senate seat.

Democrats have a stable of good horses to win the 2018 race for Franken’s vacated seat, but U.S. House Representative from Minnesota’s fifth district, Keith Ellison, is the thoroughbred. Ellison has served as the fifth district’s House Representative since 2007, so he’s put in the time to earn a promotion to the Senate. Furthermore, he’d vacate another U.S. Congressional seat Democrats could easily win back in 2018 given its Minneapolis voting base. But who will replace Ellison if he indeed runs for the U.S. Senate in 2018?

Here are the candidates most likely to run for Minnesota’s fifth district if Ellison does run for Franken’s Senate seat.

Rumor is Swanson wants to run for governor, and her office didn’t return our call as of this writing, but she’d probably be a shoe-in for the U.S. House. For an attorney general, Swanson has pretty good name recognition throughout the state and even the nation. She was named one of America’s top ten lawyers by Lawyers USA in 2009, and the very next year, she was named Public Official of the Year by the Minnesota Nurses Association, whose support would be essential for a Democratic victory in Minnesota’s Fifth U.S. House District.

Jentzen was the big story out of Minnesota during the 2017 municipal elections despite losing a bid for Minneapolis’s City Council. She won the popular vote in seven of 12 precincts, but lost the seat to ranked-choice voting. She didn’t get enough second- or third-choice votes to get a majority. That wouldn’t be the case in a race for Minnesota’s fifth district for the U.S. House, where a win would make her the first Socialist in the House of Representatives since Victor Berger of neighboring Wisconsin in 1910 (Bernie Sanders served in the House as an Independent, and retains that affiliation in the Senate). Jentzen had no comment when asked if she’d be interested in running for the U.S. House seat at a Socialist Alternative event on Saturday night.

Dehn was a close second to Jacob Frey in the Minneapolis mayoral race in 2017, garnering 42.8 percent of the vote, but was fourth in first-choice votes. Tom Hoch and incumbent Betsy Hodges received more first-choice votes than Dehn, but Hoch gave money to Republicans, and Hodges isn’t likely to perform well given her third-place finish as incumbent mayor of Minneapolis.

Pounds was fifth in first-choice votes for Minneapolis mayor, but would certainly receive the endorsement of Ellison given her work as President of the Minnesota NAACP. Ellison was the first black Representative elected out of Minnesota, and was the first ever Muslim Congressman elected in the United States.

If Smith intends to run for reelection, however, Franken’s vacant Senate seat would be ripe for Republican picking. Franken barely edged Republican Norm Coleman back in 2008, and Hillary Clinton won the state in 2016 by just 1.5 percentage points in 2016.

Update: Pounds returned a message stating she has no interest in running for the District 5 U.S. House seat, but offered two candidates who might.