This year’s flu season has begun 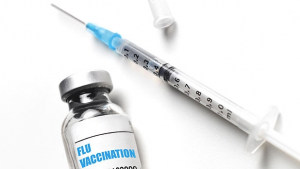 And being that Australia’s flu season began a couple of weeks early, US health experts are bracing for the start of ours this month.

We still, however, cannot predict how “severe” this year’s flu season will be, but here are the answers to the most commonly asked questions about the flu.

When does the flu season begin and how long does it last?

It is difficult to predict, but already this early in the season we’ve had a flu-related death.  As the season unfolds, more cases will be reported by the CDC’s Flu View.

The flu is caused by a virus. Multiple strains of virus’ can cause the flu.  The virus itself can be lethal, however the greatest risk comes with what it does to your immune system, thereby putting one at risk of secondary infections.  Pneumonia is the number one cause of flu-related deaths.  Secondly, it can exacerbate existing conditions such as asthma, seizures, even promote preterm birth, hence those who are pregnant or have preexisting medical conditions are urged to get vaccinated against the flu.  Moreover those who qualify should get the pneumonia vaccine as well.

According to the CDC, the trivalent vaccine covers for these three strains of the flu virus:

This year, the CDC allows use of the nasal spray vaccine as it has shown to have improved efficacy from  prior years. However, it is only recommended for  those who are between the ages of 2 and 49 and cannot be given to those who are pregnant or who have compromising medical conditions as outlined by the CDC.

How long does it take the flu shot to “kick in?”

The average immune system takes a couple weeks of to prime, so we suggest getting the flu shot before the season starts…or peaks.  However, experts recommend to still get the flu vaccine to anyone who missed early vaccination.

No.  The flu vaccine has a “killed” version of the virus meaning it’s not an active virus (as opposed to a live attenuated vaccine, a weakened down version of it).   A “killed” or “inactivated” vaccine merely has the pathogen particles to induce an immune response.  Additionally, when one states they got the flu despite the flu shot it could be that the flu shot only protects against 3 – 4 strains and they were infected with a rare strain not covered by the vaccine.

There are antiviral medications available, such as Tamiflu, to treat the flu.  Antibiotics, however, will not work since the flu is not caused by a bacteria but rather a virus. However, if a secondary bacterial infection takes over, antibiotics may be used.

South Tower: “I guess about three minutes later you just heard explosions coming from building two, the south tower. It seemed like it took forever, but there were about ten explosions. At the time I didn’t realize what it was. We realized later after talking and finding out that it was the floors collapsing to where the plane had hit. We then realized the building started to come down.” -Carlsen, Craig (9110505)

Just today, while taking my son to the dentist, I scrolled through my media feed and I started to notice post after post with first responders and firefighters telling us of their accounts as to what was happening inside of the Twin Towers on the lower floors after explosions took place on the upper floors.

Watch three Firefighters tell media there were THREE explosions after the plane hit the WTC and that they saw a “black airplane” hit the second building.

I also noticed that there was post after post of the American people questioning the mainstream media’s narrative, and rightly so (Isaiah 5:20).

Learning from history, as well as to how the American mainstream media’s sick and evil game is played out today, let us remember that history is repeating itself in the present (Jeremiah 11:9).

Does this look and sound familiar?

“If you tell a lie big enough and keep repeating it, people will eventually come to believe it. The lie can be maintained only for such time as the State can shield the people from the political, economic and/or military consequences of the lie. It thus becomes vitally important for the State to use all of its powers to repress dissent, for the truth is the mortal enemy of the lie, and thus by extension, the truth is the greatest enemy of the State.”

Without further ado, click on this link and read what it was that 156 eyewitnesses accounted for concerning what actually took place on September 11, 2001, and decide for yourselves as to whether or not you have been told the whole truth and nothing but the truth (John 8:36).