How long are Americans going to allow the corrupt media and government to set the narratives? 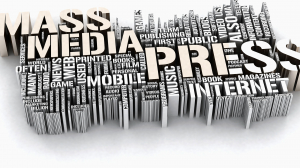 “Every country has the government it deserves.” –Joseph De Maistre

As I have long observed, the collusion between corrupt media and corrupt government in this country has continued to set the narrative for far too long. It is a history lesson that needs to be learned in the present.

“It is the absolute right of the State to supervise the formation of public opinion.”

He goes on, “If you tell a lie big enough and keep repeating it, people will eventually come to believe it. The lie can be maintained only for such time as the State can shield the people from the political, economic and/or military consequences of the lie. It thus becomes vitally important for the State to use all of its powers to repress dissent, for the truth is the mortal enemy of the lie, and thus by extension, the truth is the greatest enemy of the State.”

Is this what we see today in America? Absolutely, it is!

History teaches us that these dictatorships have continually advocated for unlawful change, out with the old and in with the new (Proverbs 24:21), by creating domestic warfare, and all this with the help of the media’s propagandists (John 8:44).

Remember what SS officer Josef “The Angel of Death” Mengele said: "The more we do to you, the less that you believe that we are doing it to you.”

To help make clear and simple these next points (Psalm 119:130), remember that the disciples of the devil and son of Belial Saul Alinsky conjured this up in his reprobate mind to deceive the enemies of righteousness by telling them:

“Power is not only what you have, but what the enemy thinks you have.”

So, with this now in scope, let me explain.

We noticed that the propagandists from Minneapolis Star and Tribune reported that there was a big Black Lives Matter protest going on. Little did they know that I was there the day that they reported this big protest.  It's funny because I did not see or hear a peep of disturbance from this group that day. (Editor’s note: To be fair, multiple sources report that the protesters were at the front gate and were not allowed into the fair. That’s probably why Bradlee did not see them.)

Do you remember what William Randolph Hearst had said?

This is exactly what the media’s “useful idiots” were doing that day.

Speaking of Black Lives Matter, they had a pretty good size booth at the state fair, which was downsized again this year.  Yet, the problem with this was that there were thousands upon thousands of people (270,000 a day) walking by, and I did not see one person stop in support of them whatsoever, not one!

Who helps promote the life and the victim status for Black Lives Matter more than the mainstream lying media? Nobody does!

I also noticed a booth in a hall, which literally thousands of people walk down, that was promoting the "religion of peace," Islam. Outside of the 2 people that were manning their small booth and standing by to share with the people the "compassion, tolerance and love of Islam," not one person stopped by this booth.

Who promotes Islam as the religion of peace more than the mainstream media? Nobody.

I was wondering with all of the support that the media was giving to the sodomite (Leviticus 18:22) lobby, which is a felony in every state of our union, surely there must be a booth in support of them? There was no booth because the only ones giving life to the lies that they promote are those who are trying to rule over you. In other words, the people are not supporting this.  The mainstream media is attempting to deceive the masses with the lie that the people are in support of the homosexual lobby when they are not.

Yet, what adds strength to all of these subversive organizations is the people’s tolerance of their crimes.

With all of the support for Planned Parenthood, or so the media would have you believe, I ask, where was their booth at the Minnesota State Fair? There isn’t one because the people in this country are not in support of it and yet over 3-4000 innocent babies are killed in the womb every single day (Proverb 6:17).

I couldn’t find an anti-Second Amendment booth, a pro-illegal immigrant booth, a pro-Communist booth, etc. and yet, the people fall for the media’s propaganda in allowing their subversive actions towards our Republic.

The irony of this whole thing is that right next to our booth this year was a media propaganda outlet called The Pioneer Press, which was attempting to hand out FREE papers, yes I said FREE papers, that the people were refusing to take. Friends, they could not even give the papers away for FREE.

I will tell you by first-hand experience how true this is, how many times I have been polarized and scrutinized and lied about by the mainstream media for simply telling the truth that exposes them for that which they are responsible (Matthew 5:10; Ephesians 5:13).

Knowing all of this, I have to ask, of what are the American people afraid (Proverbs 28:1)? It is all based on lies, promulgated by liars that need justice rendered to them (Isaiah 5:20).

How many organizations in this country exist because of these lies and yet, survive because the people do not take the time to pull the mask off these subversives?

A war within is drawing nigh unto our front doors (Amos 6:3) if we refuse to deal with them.

“The wicked shall be turned into hell, and all the nations that forget God.” -Psalm 9:17

Who is pushing for war which brings about change more than the corrupt media and the corrupt politicians? No one.