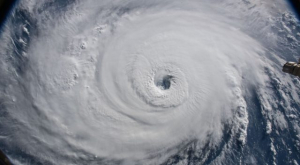 Category III storms have known to cause “devastating” damage and Categories IV and V have been associated with “catastrophic” damage.

In a given year, the Atlantic Ocean averages 12 named storms with 6 becoming “hurricanes” and 3 becoming “major” meaning a Category III or greater.

Hurricane Katrina in 2005 was at one point a Category V but when it hit landfall it was a Category 3, tragically killing over 1800 people and causing $108 billion in damage.  The deadliest hurricane to ever hit US soil, however, was the Great Galveston Hurricane of 1900 in which over 10,000 people died.

Our current hurricane season may be dependent on “El Nino” and water temperatures.

El Nino is refers to a ocean-atmospheric interaction where sea surface temperatures rise near the equatorial Pacific, causing increase wind shear in the Atlantic equatorial region and has been linked to lower than active hurricane seasons.  However warmer water temperatures in the Atlantic and Caribbean as well as monsoon activity in Africa could increase hurricane activity.

So an El Nino hurricane season may offer some protection but can be easily offset by ocean water temperatures. According to ready.gov, they recommend the following:

WHEN A HURRICANE IS 36 HOURS FROM ARRIVING

WHEN A HURRICANE IS 18-36 HOURS FROM ARRIVING

WHEN A HURRICANE IS 6-18 HOURS FROM ARRIVING

WHEN A HURRICANE IS 6 HOURS FROM ARRIVING 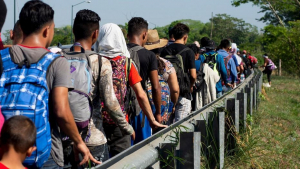 The globalists are sadly mistaken! Live your lives where…

The socialists, the Democrats, the Zionists, the Masons, the Illuminati, Council on Foreign Affairs, Skull and Bones, Satanists, The CIA, etc… you name it, the foolish people of today are suggesting or insinuating that these groups of people are somehow in control of the rest of us. These people constantly highlight what it is that these groups, allied with Hell (Isaiah 28:18), are doing to us and what it is that they are going to do to us in the future. For as much as these wicked men and women would love to take credit for having all power over the lives of others, as if to suggest that they are God, I am here to say that they and others that believe these lies are sadly mistaken (Isaiah 14:13), and those only add strength to tyranny by proclaiming it to be so (Proverbs 18:21). And at length, it is paralyzing men by using the fear of man and the fear of consequence, which is diabolical (Proverbs 29:25).

“For the kingdom is the LORD'S: and he is the governor among the nations.” -Psalm 22:28

If in America today, you cannot see the obvious taking place, which is that judgment is turned backward (Isaiah 59), where men in both the pulpits and in politics, along with their followers, have now magnified the crime in omitting the law (Romans 4:15) instead of magnifying the law against the crime in establishing righteousness (Isaiah 51:4).  We have the blind leading the blind directly into the ditch (Luke 6:39).

We are inundated with lies that are magnified over the truth, which is only temporary (Ecclesiastes 12:14) and that the devil is somehow said to be all-powerful and is control over the Most High God and His children.  However, I am here to tell you that you are sadly mistaken.

One must remember that these are but mere men that will bow their knees (Philippians 2:10) and answer to their Creator for every thought and deed just like the rest of us (Revelation 20:11-15). Their riches will not profit them in the day of wrath (Proverbs 11:4), nor are they able to save their own souls.

For the LORD your God is God of gods and Lord of lords, the great, the mighty, and the awesome God.” -Deuteronomy 10:17

Furthermore, Jesus said, “All authority in heaven and on earth has been given to me” (Matthew 28:18).

People are simply where they are at today because of that which they have submitted themselves (Romans 12:21), nothing more and nothing less. America as you know it has now fallen to the judgments of The Most High because they have refused to act under His blessings (Deuteronomy 28).

“And it shall be, if thou do at all forget the LORD thy God, and walk after other gods, and serve them, and worship them, I testify against you this day that ye shall surely perish.” -Deuteronomy 8:19

325.7 million people capitulating to a small percentage of criminals that think and act as if they are above the law! Why? Because the people have been conditioned to refuse to hold them accountable to the law (Article 6, Section 2, US Constitution). It isn’t like the people on a global scale do not know who the guilty are, because they do, and that by name.  Instead, people just simply refuse to see and act accordingly to the Word of God (Deuteronomy 4) in throwing off tyranny, and in process would rather suffer their abuses, period!

In the light of Scripture, how does anyone justify the unjustifiable when it comes to saying that we are under the globalists control? You cannot. Instead of you worrying about what your enemies are doing (Matthew 6:27), live your life where your enemies are afraid of what you are doing. Never live your life where the enemies of righteousness are not afraid of you. Christians are called to be more than conquerors (Romans 8:37) in overcoming the evil (Matthew 16:18-20), we are called to be the light that reproves the darkness (Ephesians 5:11).

“Who through faith subdued kingdoms, wrought righteousness, obtained promises, stopped the mouths of lions. Quenched the violence of fire, escaped the edge of the sword, out of weakness were made strong, waxed valiant in fight, turned to flight the armies of the aliens.” -Hebrews 11:33-35