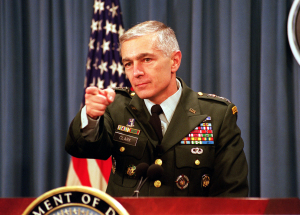 “The first casualty when war comes is truth” - U.S. Senator Hiram Johnson in 1917

You have probably heard the question, “Are you willing to die for your country?”  You probably answered in the affirmative.

However, what I want to know is this, would you live for your country?

If your answer is yes, then you may want to know what your government is now advocating for concerning Iran, for now is the time to now live for your country by standing up and putting a stop to this warmongering.

Here again, the US government and the warmongers are now casting into the minds of the American people through the media propagandists that Iran must now be dealt with, all the while ignoring corruption and crimes in their own country as to how American politicians need to be dealt with lawfully (Amos 5:15; Matthew 7:30-5; 1 Peter 4:17).

Furthermore, when the fighting commences, you can rest assured that it will not be the warmongers fighting.  It will be your sons and daughters fighting and bleeding and dying in their unconstitutional wars while making millions for the military industrial complex that we were warned about by President Dwight Eisenhower in 1961.

"Military men are dumb, stupid animals to be used as pawns for foreign policy." –Henry Kissinger

Being in the military is honorable yet, it is not honorable when you help war criminals commit crimes against innocent nations (If that nation is innocent).

Therefore, make it honorable by upholding the enumerated laws found within the US Constitution (Deuteronomy 25:1; Article 6, Section 2, US Constitution) against all enemies both “foreign and domestic.”

Again, as the media propagandists now begin to ramp up their efforts in brainwashing Americans with a dictator and another country that we need to go to war against, do remember that this was all forecasted many years ago by General Wesley Clark. He had shared with us 18 years ago that Iran will be one of the 7 countries that our military will be used to take down.  After all, he said, “We have a good military and we can take down governments.”

Maybe that explains why we have 737 military bases in 148 countries today.