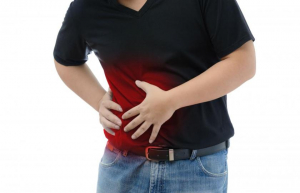 Those who have had their appendix removed may be at 3X greater risk of later developing Parkinson’s.

Researchers at Case Western Reserve University and University Hospitals Cleveland Medical Center looked at 62 million health records from 26 institutions throughout the US and found that those who had an appendectomy, surgical removal of the appendix, had a 3-fold risk of developing Parkinson’s later in life.

“RECENT RESEARCH INTO THE CAUSE OF PARKINSON’S HAS CENTERED AROUND ALPHA SYNUCLEIN, A PROTEIN FOUND IN THE GASTROINTESTINAL TRACT EARLY IN THE ONSET OF PARKINSON’S.”

“THIS IS WHY SCIENTISTS AROUND THE WORLD HAVE BEEN LOOKING INTO THE GASTROINTESTINAL TRACT, INCLUDING THE APPENDIX, FOR EVIDENCE ABOUT THE DEVELOPMENT OF PARKINSON’S.”

Researchers suggest more research to be done, with investigational focus on gut health as it relates to neurological health.

The Appendix: NOT a useless organ

It’s the kickoff for hurricane season and forecasters are predicting as many as 14 named storms with anywhere from 3 to 6 of these storms growing into major hurricanes. Here on the Gulf Coast, we certainly perk up when this time of year rolls around.  For years, a good story in south Louisiana went like this:

“I’m a Catholic, so I certainly know a good bit about suffering,” she would say.

“Oh, so you understand.”

Louisiana homeowners know a good bit about suffering, particularly when it comes to being stuck with the highest property insurance rates in the nation. The Clark Research Group determined that Louisiana has some of the highest insurance costs, coming in at an average of more than $6000.00.  No other state in the South comes close. If you live in industrialized New Jersey, the cost is $1,318.00, a drop of some $300.00 in the past 10 years.  California, with wildfires and massive rain caused mudslides, pays an average of $1,988.00.

But that’s not the whole story. Congress merely put its finger in the flood insurance dike with legislation that supposedly capped the skyrocketing rates of property owners in flood prone areas. But what our minions in Washington didn’t tell us is that the rates will continue to climb dramatically in the years to come. The legislation is just a quick fix to hoodwink voters in order to get through the next election cycle.

Because of the devastating hurricanes that seem to hit the gulf coast at least once a decade, the federal government has bailed out these southern states, literally and financially, time, and time again. Some cynical members of Congress have even suggested that it’s time for many homeowners to relocate. But attitudes are beginning to change, because other oxen are being gored. Mother Nature has given the Gulf South a pass in recent years, but she is causing havoc in other parts of the nation.

Oklahoma has suffered an unprecedented surge in both earthquakes and tornadoes and are clamoring for federal help. New York and New Jersey have a long way to go to recover from last year’s Hurricane Sandy. In Texas, hurricanes and wildfires have cost some $28 billion in recent years. California witnessed rapid growth in both drought and wildfires, and earthquakes remain a constant threat. A Wall Street Journal study published recently concluded that almost every state in the nation is subject to some major disaster.

So has a national plan that doesn’t use taxpayer dollars been proposed which is both comprehensive and affordable? Yes. Such a proposal was unveiled in New Orleans in May of 1995 at a catastrophe insurance conference sponsored by the American Insurance Services Group. I attended as Louisiana’s Insurance Commissioner. The proposal called for a Natural Disaster Insurance Corporation (NDIC) that would sell disaster reinsurance for residential and commercial properties while also providing primary coverage for residential properties. We all agreed back then that there would be a huge problem with catastrophic insurance losses all over America unless a national disaster program was put in place.  And that’s just what’s happening across the country now.

Here is how it would work. Private insurance would take a small portion of its premiums and contribute to a state created fund.  The state fund would then be backed up by a nationally created fund.  The national fund could borrow to pay for any shortfall, but no federal tax dollars would be involved.  Each state could buy in and have a rate set according to the risk.  Hurricane prone states like Louisiana would pay more than a state like North Dakota that experiences much less in natural disaster damage.  That was the plan then. And the good news is that in reaction to the devastation of Hurricane Sandy and the tornados in Oklahoma and Missouri, a number of states are coalescing around this same plan now.

It’s taken almost 24 years, but it looks like it could be the right time for problem solving.  It’s just not a handout for the coastal states.  The whole country will benefit.  And at a price that’s affordable.  We certainly cannot be any worse off than we are now.