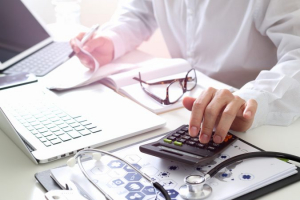 The Trump Administration has vowed to put an end to “surprise medical bills.”  But this may be easier said than done.

Reports of “sticker shock” have exponentially grown over the years and consumers want transparency of what their health care visit is going to cost.  However, the average physician, nurse practitioner, physician assistant, hospital, medical center, etc. don’t know themselves until the insurance company sends an EOB “Explanation of Benefits” delineating what is discounted, what is covered, and what is the patient responsibility.

So to start, President Trump is asking Congress to address those charges incurred by “out of network” facilities to which patients go to in an emergency setting.  Wanting to hold “insurance companies and hospitals accountable,” President Trump wants to put an end to patients getting charged for “services they did not know anything about, and sometimes services they did not have any information on.”

Can he do it?  Politicians on both sides of the aisle want to help curb health care costs, but both sides want to get the credit.  There’s race to see who could do more for healthcare before the 2020 election.

Why can’t health costs be predictable/fixed?

There’s a few reasons why cost transparency in an emergency medical setting is challenging.

Firstly, insurance companies aren’t transparent to hospitals. They only inform the medical facility of the out of pocket costs once they take weeks to review the claim.  This can be streamlined and cut down in time with software, but same day pricing by an insurance company is impeded by the need to see if the patient paid (or will pay) their premiums that month, or if they are still employed and have the same active insurance.

Finally, patients may not prefer the “cost factor” added into their facilities’ decision making.  If they pay a certain amount for a visit and end up needing more pain control, a repeat breathing treatment, or some extra bandages, they may not want to have to take out their wallet, sort of speak, each time they need more services.

As a physician who, for years, pleaded with insurance companies to give us an idea of what they would want a patient to pay, I’m for any campaign to increase price transparency and offer patient’s more choice.  However, since medicine and health can be unpredictable, coming up with predictable “costs” may prove difficult.

Watching President Trump host a national day of prayer at the White House—immediately after Nancy Pelosi spewed impeachment talk at her press conference—reminds me of a favorite story about my late friend, Oral Roberts.

President Roberts was, of course, the biggest fan of the Oral Roberts University basketball team, for which my then Tulsa radio station, KTRT, created a network to distribute the broadcasts which we originated.  But ORU was an independent at the time and had to hire referees from the Big Ten, Missouri Valley and other conferences.  Sometimes, they didn’t get the best refs.

One of the features at an ORU home game was an invocation, usually given by a student in the divinity school.  As students are wont to do, the invocations began getting longer and longer until they began to irritate President Roberts.  The kids were spending time blessing everything in the building…the hardwood, the rims, the band etc.

One night, prior to a fairly big game, President Roberts caught me in the hallway of the Mabee Center and asked if we cut away during the invocation and the National Anthem.  The answer was an emphatic no, we did not because I always found that carrying a message to God and to our nation is also good business and was unashamed then and now. (That is our policy even today.)

He smiled and said, “good, tonight will be interesting.”

At the appointed time, public address announcer Doc Blevins waited for the lights to go down and said something like, ladies and gentlemen, giving tonight’s invocation is the founder, President and Chancellor of Oral Roberts University…Oral Roberts!

The spotlight went on, President Roberts strode to the center of the court, put a microphone to his mouth and said, “Heavenly Father, please bless the referees’ eyesight. Amen” And walked off the court.

Then, he came over to our table, sat down next to me, smiled and asked, “How did I do?”

He later told me that he never prayed for a win.  That God doesn’t determine wins and losses.  He just gives you the talent to win.  Winning is up to you.

But things which stood in the way of winning—poor officiating, as an example—were fair game.

To a great extent, that’s where President Trump finds himself today.

He is a very talented individual who won the Presidency against all odds.  God gave him that talent. Think of the Democrat controlled House as a mediocre referee who has a decided vendetta against a very non-establishment, independent public official.

The House is trying to use every opportunity to make a call against the President.

As usual, when officiating gets in the way of the game, there are no immediate winners and almost everybody involved loses.

Frankly, the House Democrats are just like the refs who screwed the Vegas Golden Knights in the last game of round one of the Stanley Cup Playoffs.  And the results are most likely the same in the long term because it is the fans (the voters in this analogy) that get to make the ultimate decision.  In sports, the decision shows up in attendance and TV ratings over the long term.  Think Colin Kaepernick and the NFL.

Do you really think that the Democrats, running on investigating the President, will be successful?

So far, they are not only out of control on investigations but on the positions being staked out by the 20-some candidates who think they have what it takes to become President.

You can’t beat a horse without an equally talented horse—unless some state employee gets involved (think last week’s Kentucky Derby) and we’ve already been through that in the past two years.

I guess it all gets down to Oral Roberts’ position that you never pray for a win.

That’s what the Democrats are doing because the only reason any of them can give to get elected is that they are not Donald Trump.  Americans are not that stupid.

American Progressives today like to talk about their Green New Deal, free higher education for all and slavery reparations.  But recently the eminent economist Dr. Thomas Cargill addressed Reno’s Hayek Group about Progressives’ original cause: eugenics.

Eugenics is a dark and troubling part of US history – one not accurately reflected in standard accounts and teaching today of that history.  The “scientific” racism of eugenics ideology flowered in the second half of the 19th Century through the 1930s.

It classified persons as “fit” or “unfit” based on traits assumed to be hereditary, including race and ethnicity, mental and physical characteristics, and country of origin.  Because “fitness” was assumed to be genetic, it was hereditary and thus immutable: not subject to alteration via environment, nurture or other conditioning methods.

Eugenics gained wide acceptance, even being reflected in decisions of the Supreme Court of The United States.  “Three generations of imbeciles are enough,” said Chief Justice Oliver Wendell Holmes in the case of Buck v. Bell, a 1927 decision upholding a Virginia law that authorized the state to surgically sterilize certain “mental defectives” without their consent.

Eugenics doctrine had a broad reach from justifying slavery to the alleged superiority of Nordic peoples (“Aryans”) to other races.  It was fostered in the US by the mushrooming of the administrative state during the progressive period, and it also provided some ostensible intellectual foundation for that mushrooming.

German Nazism also drew greatly on the developing American eugenics tradition.  As much as anything, the fall of the Third Reich undid eugenics.

After the Civil War, it was used first to justify low military compensation for blacks and then to support barriers to non-Nordic immigration.  Implementation of eugenics was helped by the rise of progressivism’s administrative and interventionist government over-riding the outcomes of free markets.  By 1905, 32 states had sterilization laws fostered by eugenics, and thousands of people were sterilized.

One scholar recently noted, “Eugenics and progressivism were made for each other.”  The doctrine was an excuse for the exercise of extreme coercive collectivism, the fundamental means employed by progressivism.

Minimum wage legislation was also originally related to eugenics, as it proposed to let the market pay low or no wages to the unfit persons (mainly races) so they would over time die off.  Even the famous Yale economist Irving Fischer bought into such dogma.

Perhaps the most (in)famous proponent and activist in favor of eugenics and its abuses of human beings was Planned Parenthood founder Margaret Sanger, who was an outright racist.  Her 1933 article in the journal Birth Control Review was also a strong argument against immigration to America.  And sterilization of the mentally ill was a popular birth control idea from the start.

The notable surprise beyond the flourishing of eugenics in America is that it has been almost completely omitted from modern history and government texts.  Since almost all high school students must take a US history course, this omission has given them a completely false account of very important US history, politics and government.  Eugenics and its disastrous history as a key part of progressivism are at best mentioned in passing, and mostly minimized and treated as not a significant part of our history.

Why?  The writers of the books don’t themselves seem to know much about this central subject.  Some authors are aware, but seem to consider it unimportant; eugenics is viewed by many progressives as the crazy uncle in the family.  Also, eugenics’ relationship to abortion makes it a taboo subject for many advocates of that practice.  And almost all these writers are progressives with a bias in support of the over-reaching administrative state, and discussing eugenics undermines that key advocacy.

What do students lose due to these biases and omissions?  First, balanced and reasonably complete perspective on US history, politics and government and the roles of various factions then and now. Second, a necessary skepticism of the ideology of catastrophe supported allegedly by science.  (See also climate change deniers.)  Third, the perils of small groups, especially of self-selected elitists, controlling social power; this often leads to bad decisions and social disasters.  (See also China’s one-child policy.)  Finally, a profound understanding of the power of even a bad idea.

Ron Knecht is a contributing editor to the Penny Press - the conservative weekly "voice of Nevada." You can subscribe at www.pennypressnv.com. His column has been reprinted in full, with permission.