Opinion: Watch Democrats dance on their own graves

Let’s start from the premise that Jerrold Nadler, chair of the House Judiciary Committee is so full of crap that his eyes are brown.

He suffers from a case of political Diarrhea which will ultimately consume him and his cronies who absolutely hate the President and simply cannot help themselves—even in the light of Robert Mueller’s nothingburger which was handed to the Attorney General over the weekend.

That said, we hope he continues along the path he is setting out on—impeachment.  It will guarantee this President another term in office because the American public is simply not as stupid as Nadler and his fellow travelers think we are.

And then, there’s Senate Minority Leader, “Chuckie” Schumer, who thinks he’s way too important to lower himself to Nadler’s level.  In point of fact, he’s much lower—if that’s possible.

Both of these clowns stand before lecterns and calmly, professorially, lie to the public.  They sound a lot like Donald Sutherland’s college professor in the classic movie Animal House.  Why, you’d think they actually a) knew what they were talking about and, b) were telling the truth.

Truth be told, they’re Washington swamp hucksters who only want to make sure they hold on to whatever sliver of power they think they have and they see Donald Trump as the guy who can take them down by telling the American voter the truth.

They have a hard time believing a) that Trump could have been elected in the first place and b) that a good share of the voting public—possibly a majority—likes him and approves of the job he is doing.

The truth is that America is so much smarter than the brain trust of the Democrat party that Democrats are heading for an extraordinary beat down in 2020. Think Ronald Reagan in 1984.

It’s not that we love Donald Trump—although many of us do. It’s that Trump has this bad habit of actually standing up for what he believes and doing what he promises.  The Democrats aren’t scared that what the President proposes won’t work.  They’re scared that it WILL work.  That it IS working.

Yet the Democrats are shameless.  John Podesta—whose emails were almost as embarrassing as Hillary Clinton calling half of America ‘deplorable’—was on CBS screeching that the report was not an exoneration of the President.  Seriously?  The poor dear.  His emails were supposedly hacked.  He didn’t bother to mention that they were all written by his own hand and that he’s so crooked they couldn’t straighten him out with a crucifixion.

It’s as if Firesign Theatre and Monty Python have taken over the Democrat Party. Actually both of those early 70’s groups usually made more sense than the Democrats do these days.

Watching Democrats dance over what they still insist is the President’s political grave is like watching an alternate version of Saturday Night Live.

We’ll see how funny they think it is in November of 2020.

Fred Weinberg is a columnist and the CEO of USA Radio Network. His views and opinions, if expressed, are his own and do not necessarily reflect the opinions of GCN. Fred's weekly column can be read all over the internet. You can subcribe here www.pennypressnv.com. His column has been repritined in full, with permission.

Synthetic alcohol can cause the buzz without the hangover 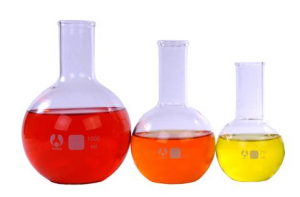 A synthetic alcohol, named Alcarelle, or “Alcosynth,” has been shown to give one the same effects of alcohol without the nasty hangover the next day.

Dr. Professor Nutt, apparently has been working on this for decades, as a PhD student since the early 1980’s.  The synthetic alcohol is slated to hit the market in 5 years.

He told the Guardian:

We know where in the brain alcohol has its ‘good’ effects and ‘bad’ effects, and what particular receptors mediate that – Gaba, glutamate and other ones, such as serotonin and dopamine.

“The effects of alcohol are complicated but … you can target the parts of the brain you want to target.”

Alcohol stimulates GABA, a neurotransmitter that can reduce activity of nerve cells making one sluggish.  Alcohol also inhibits glutamate which is an excitatory neurotransmitter. But the euphoric feeling one gets may be caused by alcohol’s stimulation of dopamine.

Hence if a drink that acts as ethanol, isn’t actually alcohol, side effects such as drowsiness, stomach upset and liver disease could potentially be bypassed.

Professor Nutt has not revealed the ingredients of his concoction but some resources cite it may be a benzodiazepine derivative, although last year he denied the rumors of using the Valium-like chemicals.

What is a hangover?

It’s a constellation of symptoms that occur post-partying…..and include headache, muscle ache, nausea, anxiety, moodiness, wanting to avoid light and loud sounds, eye redness, thirst and dizziness, though some hangovers may have many more symptoms.

They could be caused by a variety of factors:

Other theories suggesting lactic acid build up, withdrawal from drinking the night before, and congeners that are compounds that vary in alcohol types (red wine vs vodka).

So how can you cure your hangover?

Hydrate people, hydrate.  Alcohol is a diuretic, which means it makes you urinate more and lose valuable fluid and salts. Water is the easiest, most tolerable, cheapest way to hydrate. Take it slow so you don’t vomit.  And not scotch and water.  Just water….

An empty stomach is an irritable one.  While most sources say eat a “greasy breakfast,” I would recommend balanced breakfast with protein. Give the stomach acid something to chew on but make it easily digestible.  Remember the alcohol irritated your gut so you need to go easy on it. Baby steps, but healthy baby steps

Take a short, brisk walk.  The adrenaline gets the blood pumping and can help with the headache.  The cool air outside will feel good when you inhale and some endorphins will release. This may help with your headache.

Chinese researchers back in 2013 found Sprite to be the best hangover cure and even though we don’t have many other studies to back it up, the sweet and bubbly it provides makes your head and tummy feel better.

Sports Drinks add the salts you lost from alcohol’s diuretic features. Though many of us don’t like the taste, those who do find it a nice way to hydrate.

Originally it was a treatment to ward off rabies.  One would, after being bit by a dog, put a piece of dog hair on the wound.  A treating fire-with-fire strategy. It later was used for hangovers.  Treating a hangover with a chaser of alcohol was supposed to elevate moods and lessen the withdrawal.  To date there is not enough scientific support to recommend hair of the dog.

For next time, how do you avoid the dreaded hangover?

Want to avoid a hangover?  Here’s how:

Firstly, try to avoid getting drunk.  Set your limits and stick to it.

Secondly, drink plenty of water throughout the night and once you get home.

Finally, don’t drink on an empty stomach to “speed up the buzz.” Your empty gut will absorb alcohol quicker so eat a good nutritious meal prior to partying.

Avoid popping anti-inflammatories or Tylenol once you get home because your stomach and liver are already irritated from the alcohol and this may make matters worse. But if any of the above “cures” don’t help, you may need to use these as a last resort.