Mueller Report: "No collusion" but "no exoneration," either. 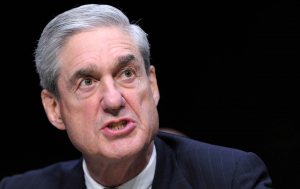 Editor's note: Mueller investigators are coming forward to say that the report is far more damaging to the President than the AG (Barr) has let on. Which, is probably true. And that's why Congress should be able to read it.

Former special investigator Robert Mueller turned in his several hundred page report on Friday morning. I’m sure you’ve heard all about it - the investigation into possible collusion between the Trump campaign and Russia to interfere in the 16' Presidential election.  No one outside of the Attorney General (and maybe his office) has seen the full report and so far, only a four page summary has been sent to Congress. The only thing we “know” is from the four page summary, which quotes Mueller’s report as saying, “The Special Counsel’s investigation did not find that the Trump campaign or anyone associated with it conspired or coordinated with Russia in its efforts to influence the 2016 US Presidential Election.”

Well, that’s kind of hard to misinterpret, you know? It sounds like the report is exonerating the President of all guilt. Right? And it might - for collusion. But the report also says, “While this report does not conclude that the President committed a crime, it also does not exonerate him.”

As someone who once worked on a lot of legal depositions, I know prosecution speech when I hear it. It sounds as if Mueller is saying, “I don’t think that President Trump and team colluded with the Russians” but he’s also saying, “but Trump still might be guilty of obstruction of justice, I just didn’t find enough evidence to prove it beyond a reasonable doubt in court to a jury.”

Prosecutors all over the world struggle with that exact issue. They might honestly believe a suspect is guilty of a crime and the suspect in fact - might actually be guilty.  But a prosecutor’s belief in the suspect’s guilt - doesn’t prove anything. A prosecutor needs evidence, and then they have to spend taxpayer money in order to prosecute in a court of law.

Of course, conservatives are lining up to say the President is innocent of everything and the Mueller report proves it. And Democrats are lining up to say, “Well, maybe - but we need to read the full report because something is fishy here!” And, I do agree at the very least, Congress should receive the full report. I mean, you could convince me that the press and/or regular folks don’t NEED to see the full report (we might want to see it, though). I mean, there are plenty of state or federal secrets and/or sensitive materials that are probably buried within the Mueller Report and I would be okay if the DOJ was like, “No, the general public will not see the full report.”

But Congress? Um, what possible justification could you use to claim that Congress shouldn’t be able to see the full report? The entire legislative branch should be able to read the full report! Congress practically runs the country or at the very least, allows the country to function. They already have top secret clearance so there is no reason the report should be withheld from them. Also, they legislate laws and the report clearly has evidence of Russian interference in the 16’ election, which they might need to legislate laws to protect the U.S. elections from future interference. Withholding the full report from Congress is, frankly, a little suspicious. So give the full report to Congress.

Not that anyone asks me. =)