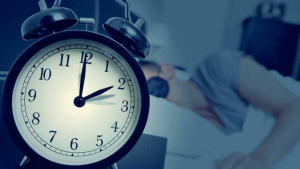 Time to hold government, individuals & agencies accountable for those killed & injured during shootings

“Since 1950, 94 percent of mass public shootings in the United States have taken place in gun-free zones, according to the Crime Prevention Research Center.”

If a man driving a vehicle hits a man and injures or kills him, is the company that built the vehicle to be held responsible for the driver? Absolutely not!

If a man owns a hunting knife to cut up his game and ends up killing someone with it, are the manufacturers somehow responsible for the crime committed (Deuteronomy 25:1)? Are they to be held liable? Absolutely not!

No more then should gun manufacturers be held responsible for the crimes of them that choose to pull the trigger (Deuteronomy 30:19). This is what the arbitrary courts want you to believe to be the case.

Webster's 1828 Dictionary defines "arbitrary, " adjective [Latin arbitrarios.] 1. Depending on will or discretion; not governed by any fixed rules; as, an arbitrary decision; an arbitrary punishment. ARBITRARY power is most easily established on the ruins of liberty abused to licentiousness.

Friends, this is like blaming the manufacturers of forks and spoons for people being obese. How ridiculous.

Furthermore, how can the act be apart from the actor? It cannot (Numbers 32:23)!

Let me ask you a common sense and sincere question:  Did the Lord blame the weapon when Cain killed Abel? No, He did not, He blamed Cain for killing Abel and the curse was the consequence, and rightly so (Genesis 4:1-16).

Arbitrary government is NOT American government! We are ruled by law, not the opinion of some un-elected activist that sits on the bench acting on the behalf of the highest bidder (Luke 22:48).

“To consider the judges as the ultimate arbiters of all constitutional questions; a very dangerous doctrine indeed, and one which would place us under the despotism of an oligarchy.” –President Thomas Jefferson

Oh, how what the courts are attempting to do in this country contradicts what our forefathers have established concerning the 2nd Amendment of the Bill of Rights!

I want you to think of this for a moment with me, please.

The President is protected with guns.

The Congress is protected with guns.

Governors are protected with guns.

Courts are protected with guns.

Banks are protected with guns.

Factories are protected with guns.

Jewelry stores are protected with guns.

Sports events are protected with guns.

Celebrities are protected with guns.

Yet, we allow these that have been given delegated authority from “We the People,” that derive their just powers from the consent of the people that they are to serve to defend America’s children with a sign that reads: "THIS IS A GUN FREE ZONE.” The irony is that the victims are to then call someone with a gun if there’s an emergency (1 Samuel 13:22).

These in government that work for “We the People” would have you believe that, somehow or another, they have delegated authority to strip their employers from their God-given right to keep and bear arms. Think Americans, think!

Well, the good news is that someone is thinking, according to theepochtimes.com.

“A Michigan state lawmaker’s newly introduced legislation to hold government agencies and private businesses liable for civil damages if anyone is injured during a shooting in a gun-free zone on their premises is a promising proposal, according to noted gun scholar John R. Lott Jr.

The plan comes after a summer of mass public shootings that received saturation media coverage, such as in Virginia Beach, where a gunman left 12 dead and five injured, and at a Walmart store in El Paso, Texas, where a gunman killed 22 and injured 24. Since then, Walmart and a host of large retail chains have banned the open carrying of firearms in their stories.

Eisen, who is also a firearms instructor, introduced House Bills 4975 and 4976 on Sept. 17. Both measures have been referred to that chamber’s Judiciary Committee.

“Where there is darkness crimes will be committed. The guilty one is not merely he who commits the crime but he who caused the darkness.”

When you look at the darkness that has been advocated and implemented upon Americans by corruption in our government, there is no question who the responsible party is and why they must be held responsible for their crimes against “We the People!” (Article 2, Section 4, U. S. Constitution).