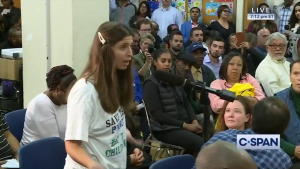 Americans say that they "Love their freedoms," but what do they love more?

"The person who has nothing for which he is willing to fight, nothing which is more important than his own personal safety, is a miserable creature and has no chance of being free unless made and kept so by the exertions of better men than himself." - John Stuart Mill

Quite often, you will find with live feeds on social media memes or posts of Americans declaring their professed love for their freedoms by honoring the fallen soldiers (Or Christ) with their lips (Matthew 15:8).

You will also notice other posts on the same feeds magnifying the crimes of the corrupt that they tolerate both in the Church and in government (Jeremiah 17:19). These are crimes that the soldiers in the natural and Christ in the spiritual have fought against by magnifying the law that exposes sin and these tyrants (Isaiah 42:21; Psalm 40:8; John 3:16; Hebrews 8:10; 1 Peter 3:18; 1 John 2:2).

Additionally, when looking further into the person’s profile page, you will find more often than not, that to which their hearts are really attached (Matthew 6:21) and what it is that they really love the most. You will find their page filled up and down with their favorite sports teams, etc.

One guy's profile will help serve the point: On one half of his meme is a picture of wounded soldiers where it states that “These guys get paid less than $35,000 a year and risk their lives."  On the other side, it states, “So these guys (kneeling football players) can get paid $11 million a year and protest our national anthem…because they feel oppressed.”

So what I did, in turn, was post a meme of a filled stadium of football fans, the headstones of our fallen at Arlington cemetery and the front of a state capital with no one to be found in protest.

So, one must ask the question, how much do you Americans truly love their blood bought freedoms (Revelation 1:5)? Are Americans out protesting corruption within the American Church for which Christ died (1 Timothy 4:1, 5:20)?

In the natural (1 Corinthians 2:14), are these those who love their blood-bought freedoms protesting corruption in their government? Hardly, which only shows a lack of love (1 John 3:18).

Last week, my family and I were out on the road again “seeking and saving that which is lost” (Luke 19:10) in the beautiful state of Pennsylvania.

While going through the state, we stopped by a local restaurant and sat down to get some lunch. As you know, restaurants today are filling up wall space with television sets to keep patrons in their booths as long as possible while entertaining guests in hopes that they will continue to spend more on eating and drinking at their establishments, all the while ignoring one's family (1 John 2:15).

One of my children said to me, “Dad, look at all those people in that stadium (average seating per stadium 69,444 seats x 32 teams) watching a football game (Jeremiah 11:13).”

This is every Sunday, all across the country.

I said back to him, “It merely shows you where their hearts are (Exodus 20:4).” To prove the point I must ask why do we have babies being illegally murdered in the womb (Proverbs 6:17)?

Why do we have sodomites illegally targeting America’s children through forced, sexually immoral indoctrination in public schools (Luke 17:2)?

Why do we have transgender felons targeting pre-kindergarten children in American libraries (Deuteronomy 22:15)?

Why do we have foreigners being allured by representatives and Churches into America who mean to conquer us (Deuteronomy 28:43)?

Why do we tolerate a government that runs counter to its purpose while they attempt to strip us of the right to bear arms (2nd Amendment)?

Why do we have a government that is attacking our freedom of speech (1st Amendment)?

Why do we have Churches filled with hirelings who refuse to preach out against and stand in protest concerning the issues above? After all, Churches are to be the barracks in which the soldiers are raised up (Ephesians 6:12).

Yet, we see today that they have become mere buildings where congregants are taught to stand down against the evils of the day which they are commanded to preach out against (Deuteronomy 4:6; Matthew 16:15-20).

These pastors are fearful cowards, who are not appointed nor ordained by the Living God (Revelation 21:8) and their congregants are taught to follow in close pursuit.

I say that it is a good thing our forefathers in the faith (Hebrews 11) didn’t think and act in such a deceived and impotent fashion (James 2:14-26).

"To sin by silence when they should protest makes cowards of men." -Accredited to President Abraham Lincoln

The Forerunners of the American Revolution: The Black Robed Regiment - Part 2

Apparently, according to the new translation of the heresies of change (Proverbs 24:21) and that among the American hirelings (John 10:12), who are the greatest advocates of the crimes above, the crosses that adorn their buildings have no relevance in today’s society (Philippians 3:18).

According to George Barna, the reasons that the Church in America refuses to address the issues above to their congregants is because they are afraid it would affect attendance and offerings (Proverbs 29:25).

Why do Americans, of which 86% profess to be Christians (1 John 2:4), say that they love their country, but go no further than to tolerate, by their inaction and idolatry, corrupt politicians, lawlessness, the indoctrination of their own children and more.

Americans are dishonoring and trampling under foot that which our veterans and the Christ died (Hebrews 10:28-30) fighting against (1 John 3:8) and are allowing tyranny to flourish in their own country through their complacency. Is this how you honor the fallen-sacrifice? Absolutely not! Is this love? Absolutely not! But one thing that we know for sure, this is where the people's hearts are which explains the state of America today.

The Awful Price of Freedom and Redemption